This is the production version of Tesla's Model Y

We first met the prototype Model Y crossover last year, and this week during the company's earnings call, Elon Musk said deliveries of the vehicle will start in March. In the documents released (PDF), Tesla also showed off this picture of the car's production version, along with a few shots of the production line.

There aren't any drastic changes -- no redesign to add the Model X's Falcon Wing doors -- but the nose looks slightly different. As Electrek notes, it also confirms that the "chrome delete" look some owners have opted for, stripping flashy parts from the trim will be standard on the Model Y. We also don't expect it to lose the acceleration displayed during our one brief ride in the Model Y, and as we heard on the call, the expected range of an AWD vehicle has increased from 280 miles to 315. 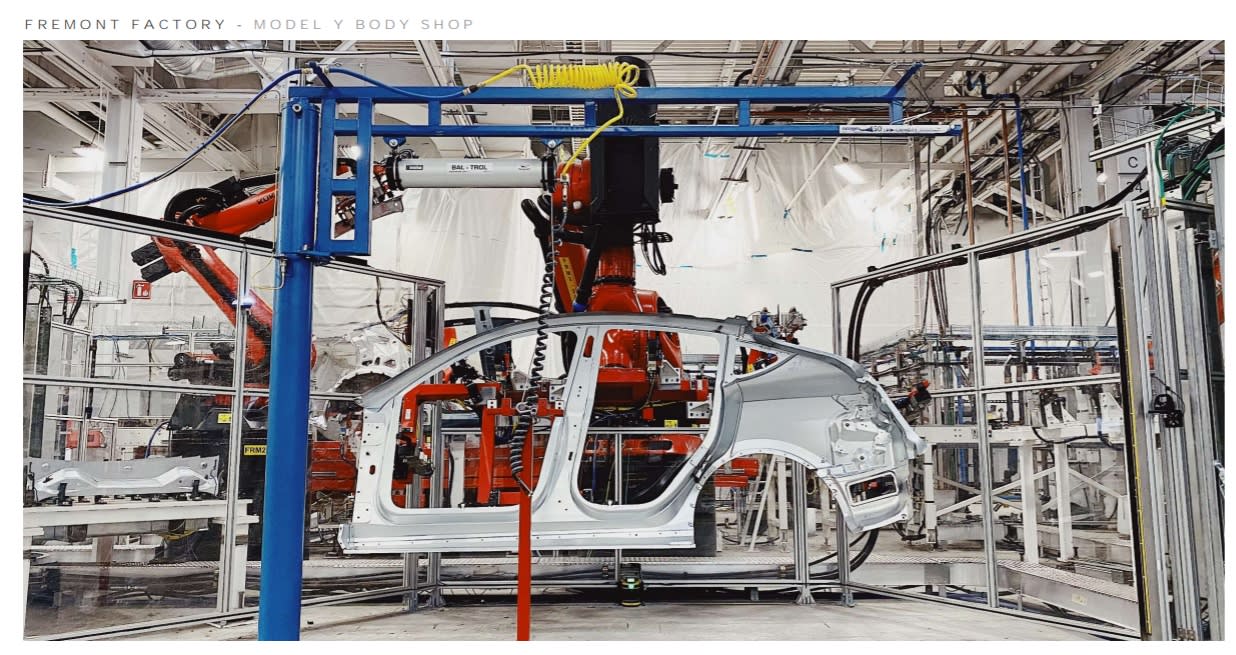