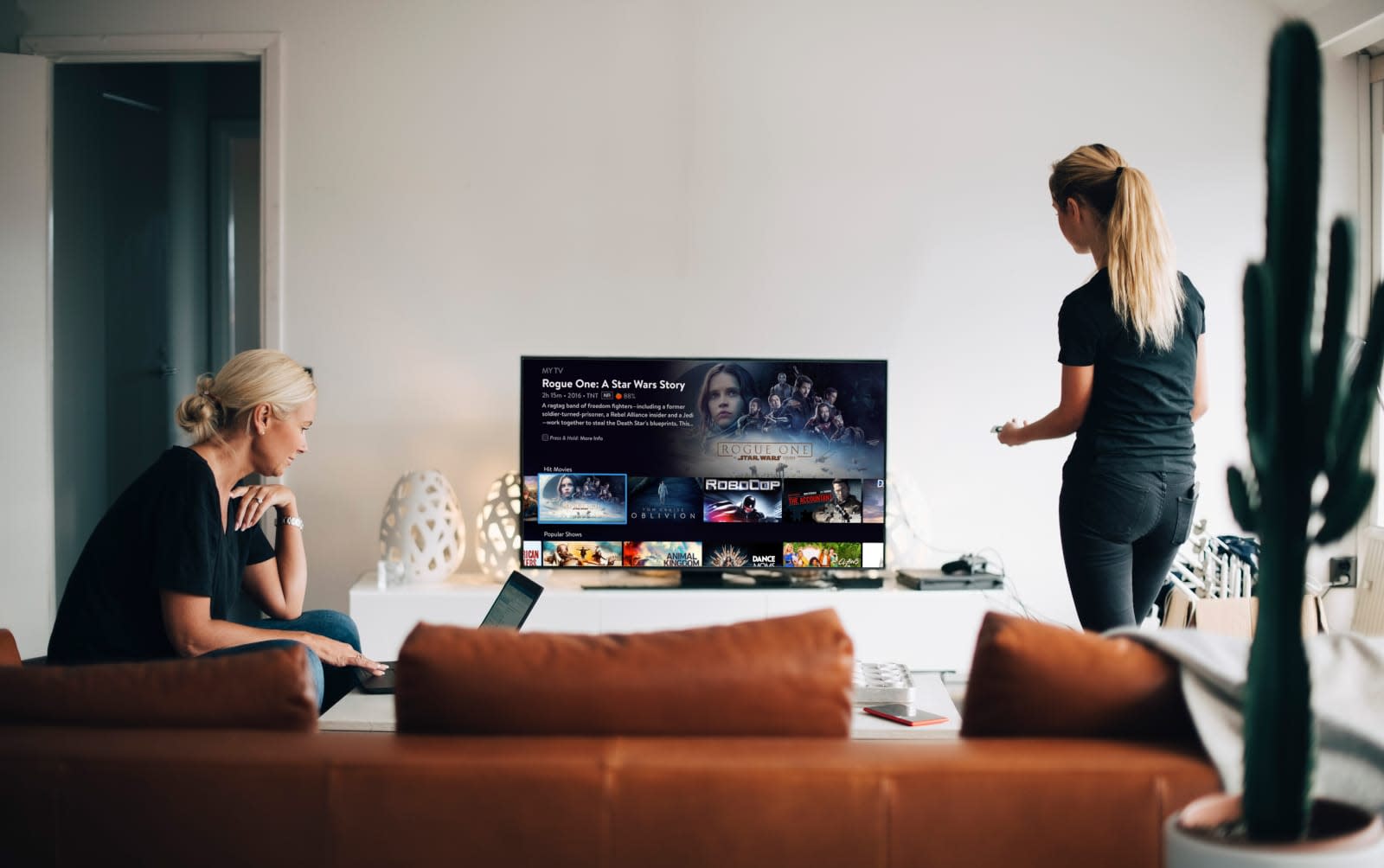 You can get Sling TV for just $5 if you sign up for an account from today until February 11th. The over-the-top internet TV service is celebrating its fifth anniversary on February 9th and founded a holiday, which it's calling the National Cut the Cord Day, for it. Even if you don't care for made-up holidays, you may still want to take take a look at the deals Sling TV has on offer if you've been thinking of ditching your cable subscription.

Sling TV describes itself as an "easy-to-use solution for first-time cord-cutters." You can pay for a basic plan -- Sling TV Orange or Blue -- and then customize your choices by paying for extra channels. If you're a new or a returning customer, you can get the first month of Blue or Orange for $5, or for $25 less than their original price. You can only stream on one device at a time with Orange, but you can stream on up to three with Blue. What makes it hard to choose between the two is that they have different channels, so there's also the option to get both. If you choose to sign up for the Blue + Orange service within the promo period, you can get the first month for $20 instead of $45.

In case you don't have devices that support Sling TV or just want ones made especially for the service, you can also check out the Cord Cutter Bundle promos. You can get Sling TV's AirTV 2 media box, AirTV Mini streaming dongle and an indoor OTA antenna for $5, or $94 less than its original price. However, you'll have to prepay for three months of Sling TV Orange or Blue at full price. If you don't mind paying for three months of service up front, you can also get the two-room Cord Cutter Bundle option with an AirTV 2, two AirTV minis and an indoor OTA antenna for $55 instead of $149.

In this article: engadgetdeals, entertainment, internet, Sling TV, thebuyersguide
All products recommended by Engadget are selected by our editorial team, independent of our parent company. Some of our stories include affiliate links. If you buy something through one of these links, we may earn an affiliate commission.