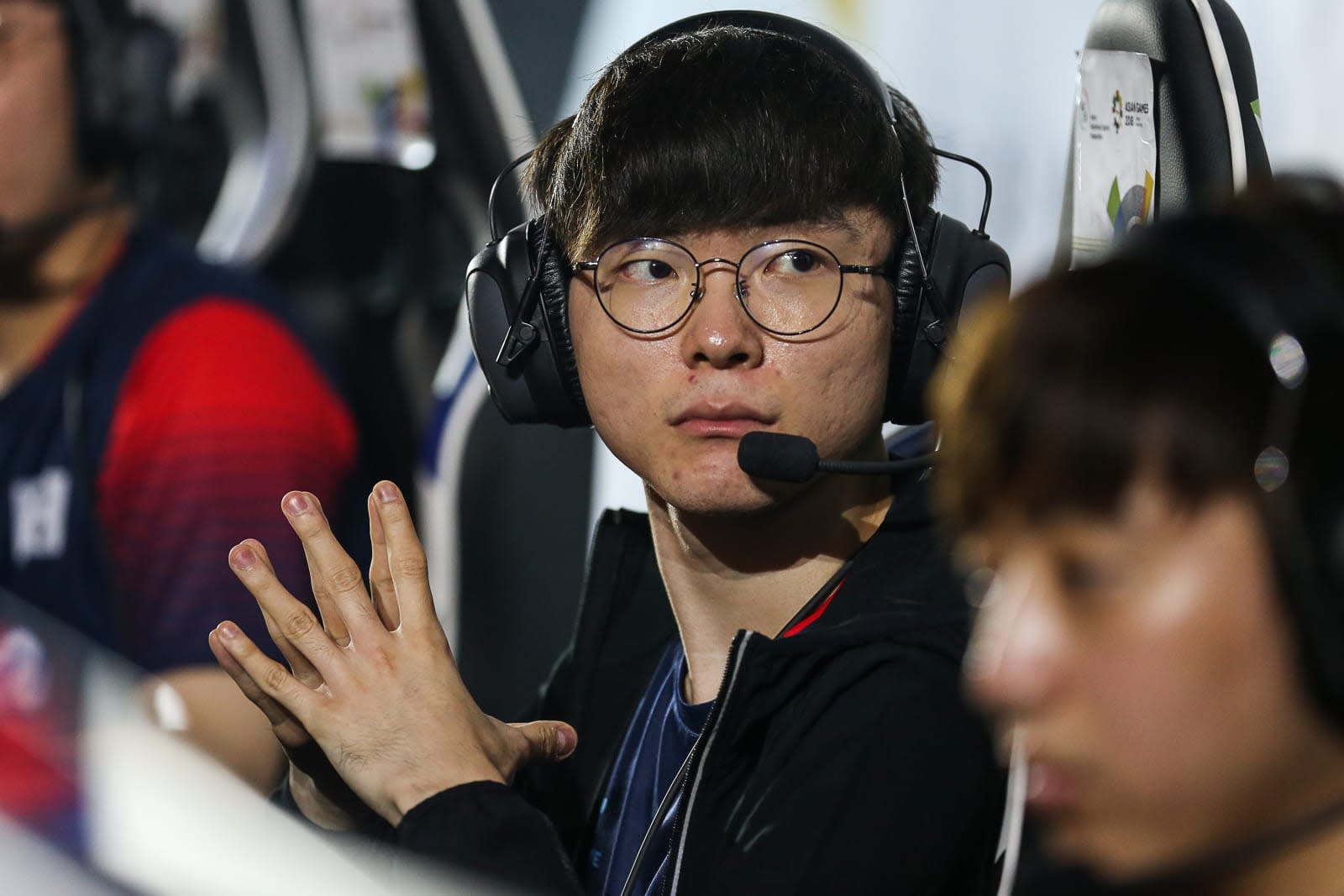 Lee "Faker" Sang-hyeok has been an esports superstar and key member of the T1 League of Legends team since 2013, and a new three-year contract with the squad adds "part owner" to his title. As first reported by ESPN, while the talented mid laner has said he received "blank check" offers from teams outside of South Korea, the 23-year-old will remain with the only pro team he's ever known.

The three year deal is the longest contract allowed under League maker Riot's rules, and according to T1, "Faker will assume a leadership role within the organization after his playing career and will help facilitate global operations." CEO Joe Marsh said in the accompanying statement that "Since T1's inception, Faker has been the cornerstone of our team's success and his undying passion for this organization will continue to drive us forward now that he is a part owner of T1 Entertainment & Sports. Even after Faker's retirement – whenever that may be – he will begin the next chapter of his legacy in a leadership role with T1, helping to mold the next generation of elite esports athletes."

Faker has won three League of Legends championships with T1, and now with a contract running through 2022 they can try to avenge last year's result, a loss in the semifinals to G2 Esports. The T1 team is currently ranked third in ESPN's League of Legends power rankings. He's the only player to have won all of the international tournaments organized by Riot Games, and in a statement he said "I am honored to become a part owner of T1 and look forward to working with the leadership team beyond my playing career. I love this team and am proud to help mold the future of this organization."

Team equity is a rare get in negotiations for most athletes, but has become a goal for esports stars helping to build their organizations. Recently Cloud9 announced that long-time player Sneaky would leave its active roster, but continue in an "owner and advisor capacity," while last year Team SoloMid mid laner Soren "Bjergsen" Bjerg negotiated part ownership as part of a two-year contract extension. As a part-owner Faker has a piece of the business along with sponsor SK Telecom and Comcast. Last year, T1 announced Nike as a new sponsor, and began working with the athletic company to improve esports training.

7 magnificent years and many more to come as a player and team owner.
Please look forward to our continuous journey with @faker.

In this article: business, Comcast, esports, Faker, gaming, League of Legends, Nike, Riot Games, SK Telecom, T1
All products recommended by Engadget are selected by our editorial team, independent of our parent company. Some of our stories include affiliate links. If you buy something through one of these links, we may earn an affiliate commission.