All of the freshly activated phones will work with wireless gamepads over Bluetooth -- except for the Stadia controller. As with Pixel phones, the Stadia gamepad will have to be plugged in. Google is working on a system that would allow the Stadia controller to connect to browsers and mobile devices via WiFi, rather than the standard Bluetooth connection. For now, the controller has to be wired for PC, laptop and mobile play, though it works wirelessly on the TV via Chromecast Ultra.

"This is one of the items on our roadmap which is going to be launched shortly, but we're actually using a very different approach with our controller, one that connects directly over WiFi to the data center," Stadia's head of gamer experience Andrey Doronichev said. "It doesn't actually maintain a Bluetooth connection with a phone, which is a slightly different way of doing things and requires some extra work on both the app side and the controller side to make sure it works well."

Today's expansion, while significant, is still a drop in the Android ocean. Microsoft's xCloud service, meanwhile, supports any Android device running Android 6.0 (Marshmallow) or higher and Bluetooth 4.0 or better. Microsoft and Samsung have also promised a deeper cloud-based gaming collaboration in the future. At the same time, NVIDIA has relaunched its long-in-preview GeForce Now streaming service, which should work on any smartphone with 2GB of RAM and Android 5.0 (Lollipop) or higher.

Clearly, Google has some catching up to do.

Today's news comes three weeks after a Redditor accused Google of not providing a significant update to Stadia players for 40 days straight. At the time, Stadia had been out for 69 days. The post ran down a list of updates and promised features that were still missing from Stadia, and lamented the lack of new games and poor communication from Google. Players -- each of whom spent $130 on the Stadia Founder's Edition -- were still waiting for 4K capabilities, Google Assistant support and wireless controller functionality in browser mode, plus family sharing and an actual list of new games heading to the platform. The post is packed with players who viewed their Stadia experience as an ill-disguised beta, rather than a full launch.

Google responded by saying it understood players' frustrations, but that it was "up to the publishers" to announce their games. Many players saw this as a dodge, rather than a legitimate response. Google has rolled out a few updates since that Reddit post, adding a handful of new games to Stadia, headlined by Panzer Dragoon and the Serious Sam Collection. And, of course, there's today's news about Samsung, ROG and Razer phone functionality. 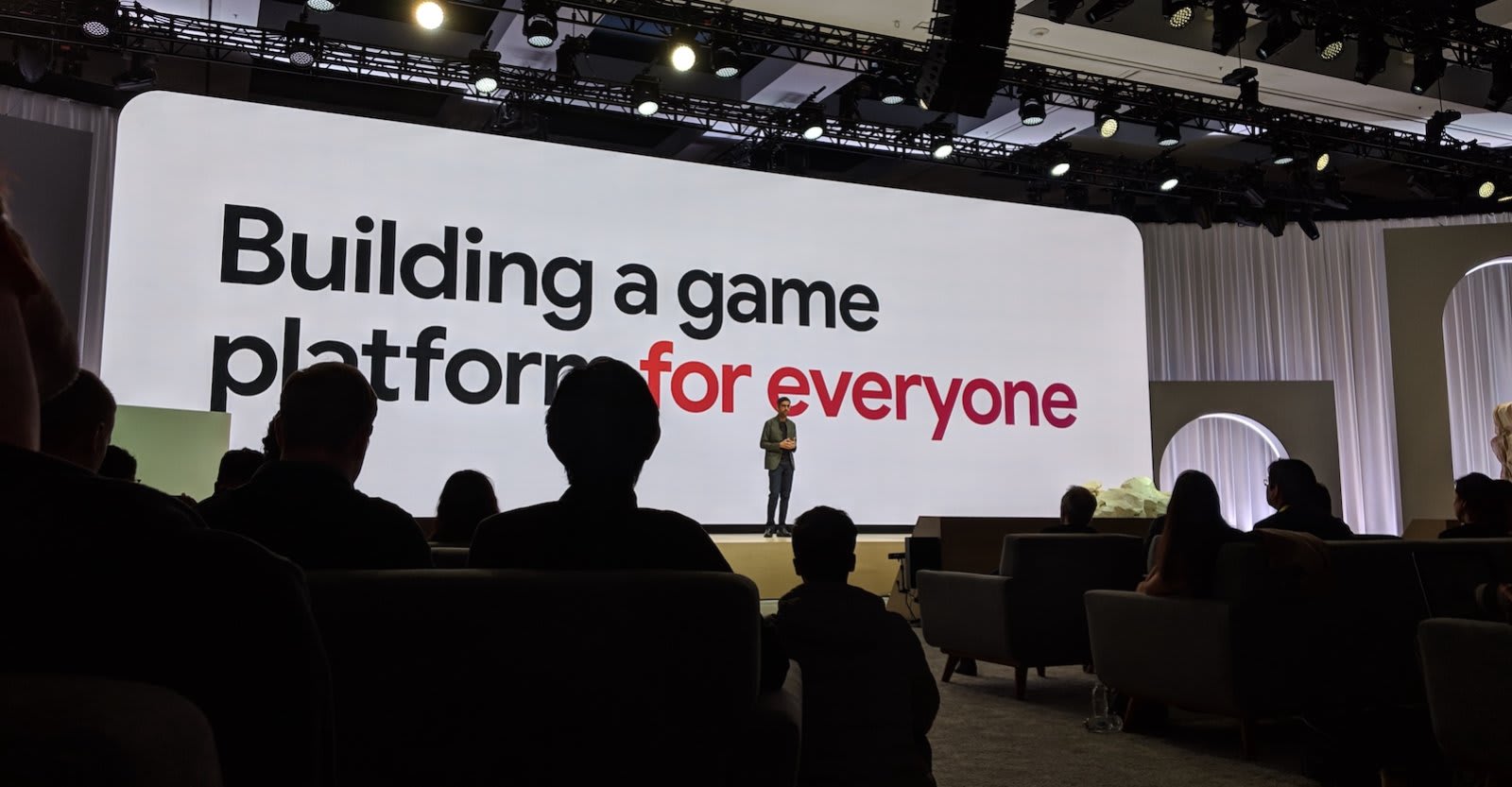 Before heading up Stadia's product team, Doronichev was a product manager and head of mobile in the early days of YouTube, and he sees a lot of similarities between the services.

"Stadia is built on the same infrastructure, Google infrastructure, that has been delivering search queries and YouTube videos for billions of users out there all over the world over the last decade or two," he said. "So this is one of the things where, I think that, at this point there's no question we can do it."

Players do still have questions about Stadia's stability, of course. The cloud gaming industry is finding its footing in 2020 and every service -- including Stadia, xCloud and GeForce Now -- is figuring out how to deal with game-breaking latency issues and dips in fidelity. Stadia had a rocky start, with many reviewers and early players running into significant problems. We found the service worked fine under ideal conditions, but overall it was spotty as hell.

It's incredibly difficult to tailor one streaming system to every user's end environment, Doronichev explained. It's never just about resolution, framerate, connection speeds or latency alone. He ran into this issue while building YouTube's mobile apps, and it's even more exacerbated with Stadia.

"It will take us time to get there."

"I can draw a parallel with video streaming, which was the previous wave of media," Doronichev said. "We were asking all sorts of questions -- what constitutes a high-quality video session? Is it the resolution? Is it frame rate? Is it delay? Or is it the number of buffering events that interrupt your play session or your video session, in that case? Generally, you want to build a system that can manage connection parameters in a very smart way, adapting to end-user conditions. And conditions include many factors, not just your network."

Google has its eyes on the end result with Stadia. The company has laid out ambitious goals, including seamless 4K streams and games shareable via links, and so far it's missed more than it's hit. However, Doronichev reminded us, Stadia has only been out for three months.

"We went ahead announcing our vision, which is big, and it will take us time to get there," Doronichev said. "This is fine. This is great. This is what it's all about, right? It's not just about some marginal improvements, it's not about a specific feature. It's about a big, bold statement of where we are going. We're going there very, very confidently. So judging by the velocity so far, if anything, I'm more confident in our ability to deliver and over-deliver."

Surely, Stadia players would be happy with just "deliver" first.

All products recommended by Engadget are selected by our editorial team, independent of our parent company. Some of our stories include affiliate links. If you buy something through one of these links, we may earn an affiliate commission. All prices are correct at the time of publishing.
View All Comments
Google is bringing Stadia to 18 new phones, including the Galaxy S20