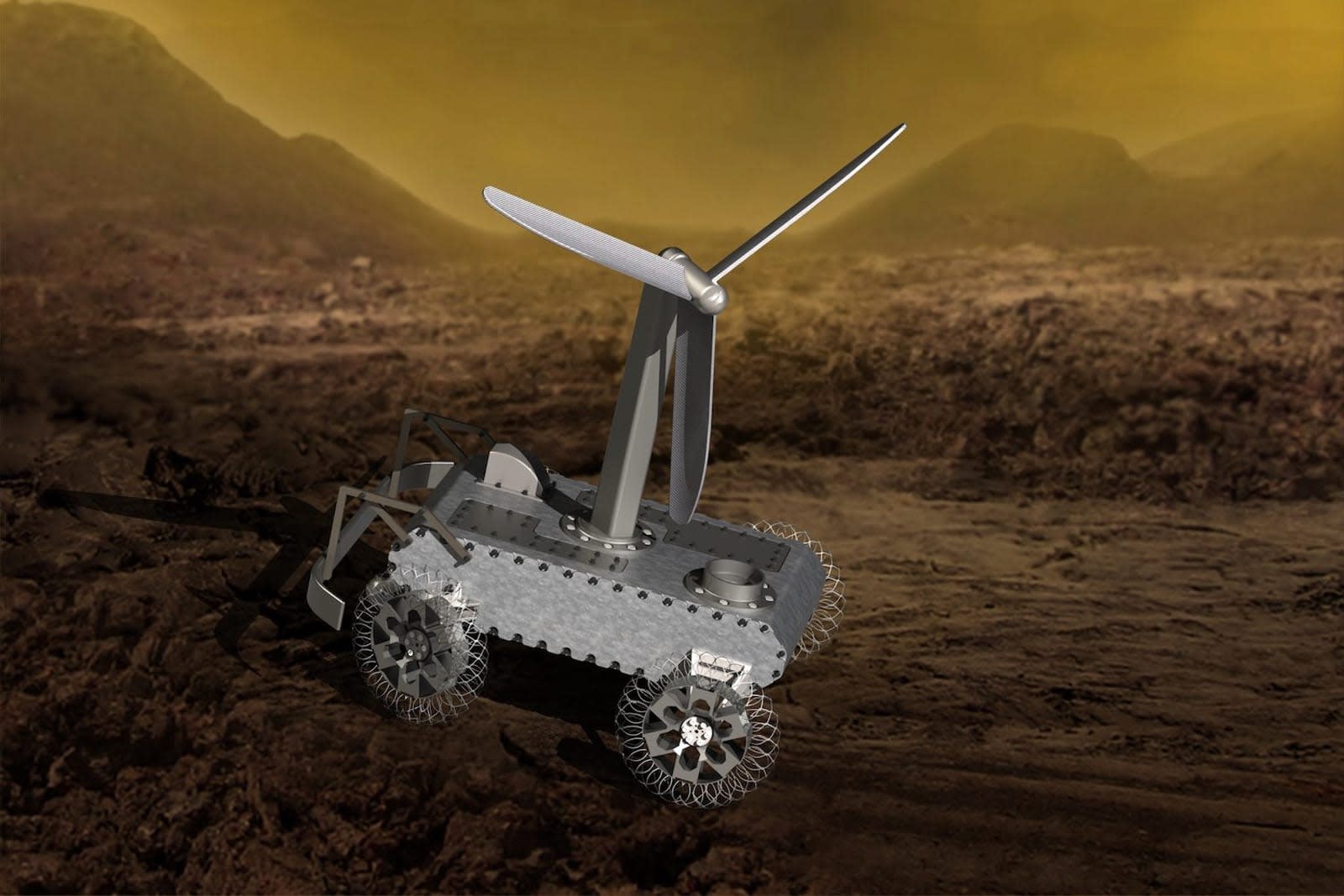 Venus is hostile to just about everything, including probes -- and while NASA thinks it has Venus-resistant electronics, that doesn't mean future rovers are ready to touch down on the planet's hellish surface. To that end, NASA wants your help. It's teaming with HeroX on a crowdsourced competition to develop an obstacle avoidance sensor that could survive on the Venus-bound AREE explorer. A total of $30,000 in prizes will go to the top three sensors that can navigate rough terrain while withstanding the extreme temperatures (over 800F) and pressure (92 times that of Earth) of the planet.

The competition is open to most people worldwide who are 18 or older, and submissions will be open until May 29th at 5PM Eastern. Judging will take place between June 1st and July 2nd, while the winners will be made public on July 6th. NASA is asking competitors to use the current AREE design (above) as their starting point.

While there's money involved, this is more likely to be a matter of pride for competitors given the cost of developing a sensor in such a short amount of time. NASA is effectively asking people to outperform past equipment that had the full weight of a government space agency behind it -- Russia's Venera landers never lasted more than two hours on Venus' surface. Modern technology and experience will certainly help, but it's still no small task.

In this article: aree, crowdsourcing, herox, jpl, nasa, rover, sensor, space, tomorrow, venus, gear
All products recommended by Engadget are selected by our editorial team, independent of our parent company. Some of our stories include affiliate links. If you buy something through one of these links, we may earn an affiliate commission.