Qualcomm's an industry leader when it comes to making 5G modems for mobile devices, and so far, its offerings have been in the most prominent smartphones. Following the Snapdragon X50 and X55, Qualcomm is launching the Snapdragon X60, which it says is the world's first 5-nanometer 5G baseband, as well as the first to offer millimeter wave-sub-6 aggregation. The company promises that the X60 will help networks lift 5G peak speeds based on the available spectrum, and that it will enable operators to increase capacity and coverage.

The X50 and X55 were capable of supporting speeds up to 5 Gbps and 7 Gbps respectively. The X60, meanwhile, will hit up to 7.5 Gbps, with Qualcomm promising double the peak data rates in sub-6 in standalone mode.

With the new 5nm baseband, the X60 should offer better power efficiency in addition to a smaller footprint. The modem also uses Qualcomm's new third-generation QTM535 mmwave antenna module, which is physically narrower than the last-gen QTM525, which should help it take up less space in small, thin phones. The company also said the antenna will provide better mmwave performance.

Importantly, the QTM535 is compatible with global bands, so your 5G device can tap the speediest networks even when you travel around the world. Also, by supporting mmwave-sub-5 aggregation, as well as sub-6 carrier aggregation across the FDD and TDD band types, the Snapdragon X60 offers the most comprehensive support in a 5G modem so far. 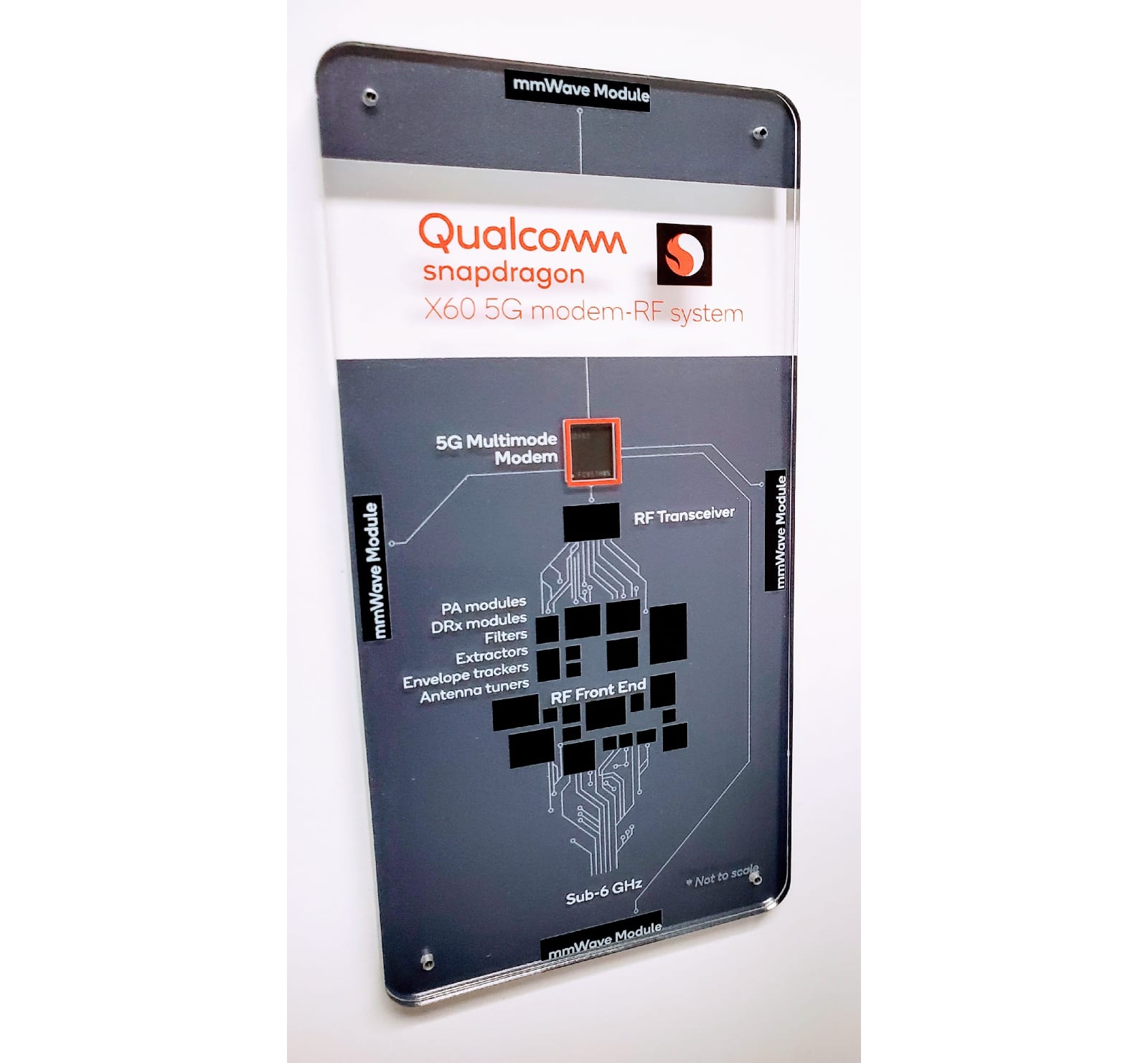 These improvements, according to the company's news release, will lead to "fewer hurdles to delivering leading-edge 5G smartphones with multi-gigabit speeds, low latency, and global scale, to end-users." Qualcomm also unveiled a new ultraSAW RF (radio frequency) filter today that it says will better isolate radio signals to allow for more power-efficient RF paths in 5G and 4G multimode mobile devices. This should offer better connectivity and battery life, too.

Samples of the Snapdragon X60 and QTM535 are scheduled to ship in the first quarter of 2020, the company said, "with commercial premium smartphones using the new Modem-RF System expected in early 2021." That means we still have a while to wait before the new modem shows up in actual phones we can use, but even then, it's an encouraging sign that better 5G devices are on their way. As carriers continue to roll out and upgrade their networks, devices that utilize them better are thankfully also on their way.