Classic Citi Bike members will pay up to an extra $2 for 45-minute rides.

After a delay due to brake issues, Lyft's Citi Bike has rolled out a fleet of "several hundred" e-bikes in New York City. They're now available to rent at any of the 900 Citi Bike stations in the city via the City Bike app, Lyft app or a member key.

The bikes use a pedal-assisted electric drivetrain that allows you to get some exercise on the flats but not kill yourself on hills. According to Lyft, each e-bike was used for 15 rides per day during the trial, triple the usage of classic bikes during the same period. They were particularly popular in winter (when classic bike usage plunged by 60 percent), and twice as likely to be used to cross an East River bridge. 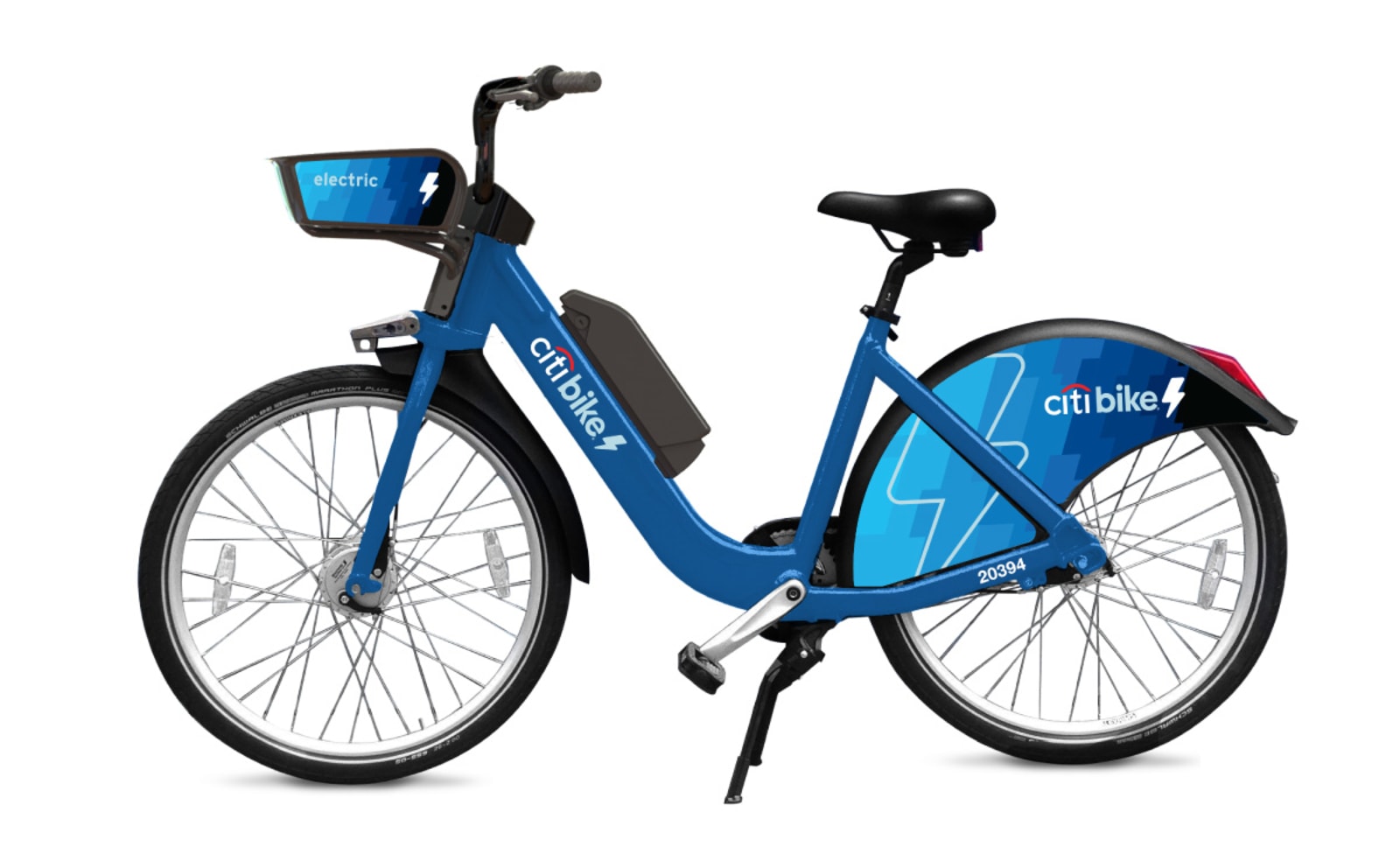 Members on the $169 per year classic bike plan can pay an extra ten cents per minute for the e-bikes, capped at $2 for 45 minutes or less, according to Citi Bike. Non-members pay $3 per ride for a 30-minute trip on a classic bike and can upgrade that to electric for an extra $0.15 per minute -- or a total of $7.50 for a 30 minute e-bike trip. Lower income New Yorkers pay $5 per month for a classic membership plus 5 cents a minute for an e-bike, up to 45 minutes.

The initial pilot didn't go too well, as members had trouble with very touchy front brakes that reportedly caused "dozens" of accidents and injuries. At the same time, Lyft's e-bikes also had battery issues that caused fires in San Francisco and elsewhere. Because of all that, Citi Bike was forced to redesign the bike's brake setup and also find a new battery supplier. The company also decided to change its e-bike pricing structure by eliminating flat fees and introducing per-minute charges.

The e-bikes are now back in service and Lyft has over 2,000 in San Francisco with plans to expand to Chicago, Washington DC, Minneapolis and other US cities. In New York City, it will soon expand in northern Manhattan and the South Bronx, "with more neighborhoods to follow." It had 1,000 e-bikes in NYC when they were pulled over the brake issues, and Lyft eventually plans to install 4,000 in the city, including "several thousand" ebikes during peak riding season.

Update 2/21/2020 9:12 AM ET: The sub-headline was changed to indicate that e-bike rides cost "up to" an extra $2 as described in the article body, not a flat $2. Citi Bike also told Engadget that despite the brake and battery issues, it saw strong ridership during the trial period.

All products recommended by Engadget are selected by our editorial team, independent of our parent company. Some of our stories include affiliate links. If you buy something through one of these links, we may earn an affiliate commission. All prices are correct at the time of publishing.
View All Comments
Lyft's e-bikes return to New York City after a braking issue delay
Citi Bike
e-bike
ebike
electric bike
gear
green
New York City
transportation