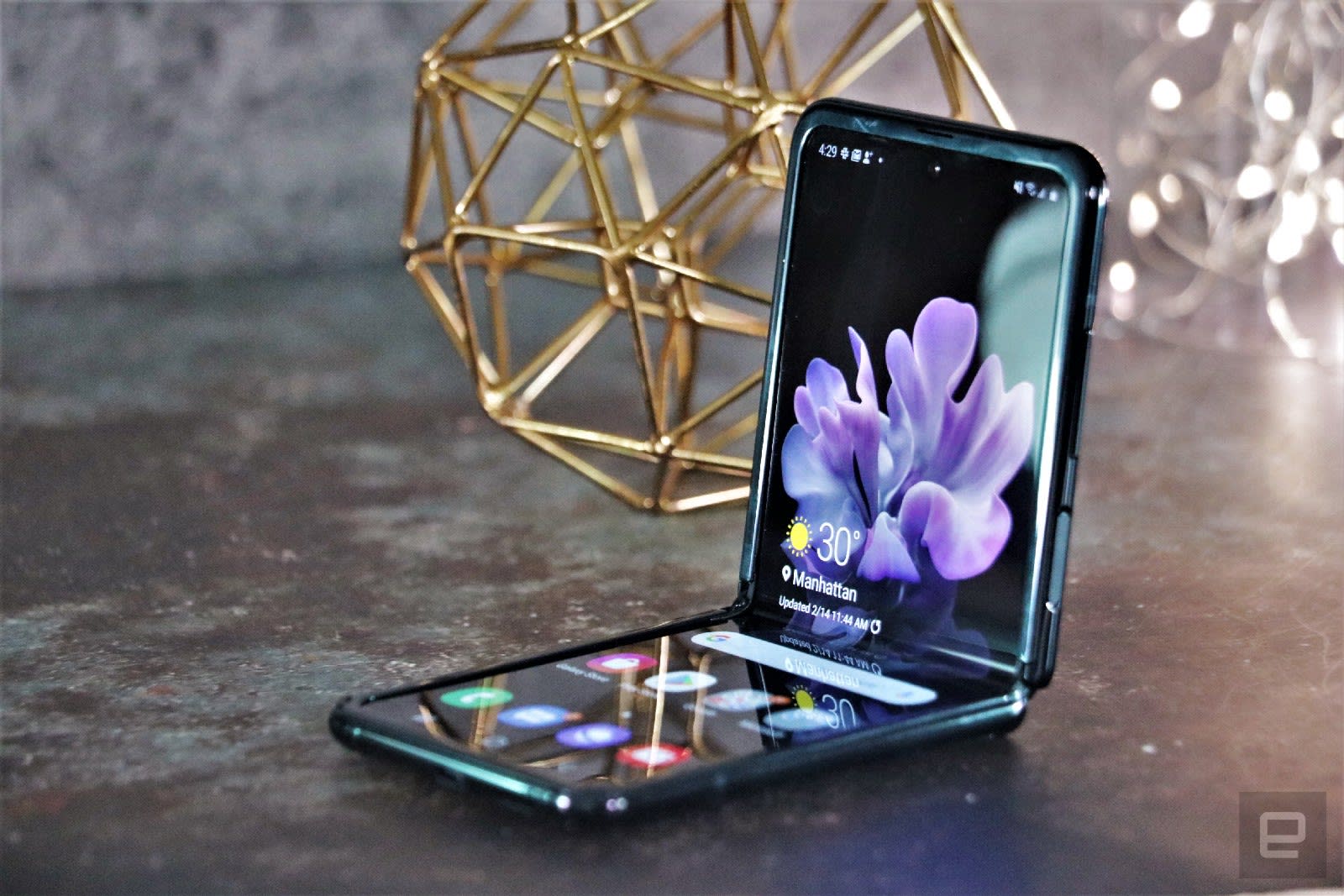 The Samsung Galaxy Z Flip lays out a welcome mat for dust and debris. But while the hinge gap is concerning, it is impressive that Samsung was able to fit so many components into a foldable design. iFixit's teardown reveals a stack of two minuscule motherboards and two battery cells crammed into the palm-sized device. And thanks to its modular parts, it's slightly more repairable than Motorola's new foldable Razr.

A stacked motherboard design has been used before in phones like the iPhone X and Samsung Galaxy Note 10. iFixit notes that this makes for painstaking repairs, but it allows manufacturers to add more chips into a small space.

With the two batteries combined -- one on each side -- the Galaxy Z Flip should last for about as long as the Galaxy S10 or iPhone 11, depending on usage. The Razr uses a similar layout, with one large battery on one end of the phone and a smaller one positioned behind the phone's outer display.

It seems like the dust-prone hinge isn't the only problem Galaxy Z Flip users might commonly come across, though. The phone's screen is made of two layers, with a sheet of plastic laying on top of a thin, foldable sheet of glass. This not only makes scrolling around the screen a rougher experience, but also leaves the display more prone to scratches, according to iFixit. Those who buy the phone this year qualify for a one-time screen replacement for $119. Standard screen replacements will cost a whopping $499, though.

iFixit gave the Galaxy Z Flip a repairability score of two out of ten. That's higher than the Motorola Razr's score of one out of ten, but the same as the Galaxy Fold's score. In other words, users who want to be able to repair their devices on their own should steer clear of not only the Galaxy Z Flip, but folding smartphones in general. That's to be expected, though. After all, the form factor is still in its infancy. Hopefully future models will improve on the hinge gaps, the creases in the screens and the repairability of folding smartphones.

In this article: foldable, gadgetry, gadgets, gear, ifixit, ifixit teardown, mobile, samsung, samsung galaxy z flip, smartphone, teardown
All products recommended by Engadget are selected by our editorial team, independent of our parent company. Some of our stories include affiliate links. If you buy something through one of these links, we may earn an affiliate commission.