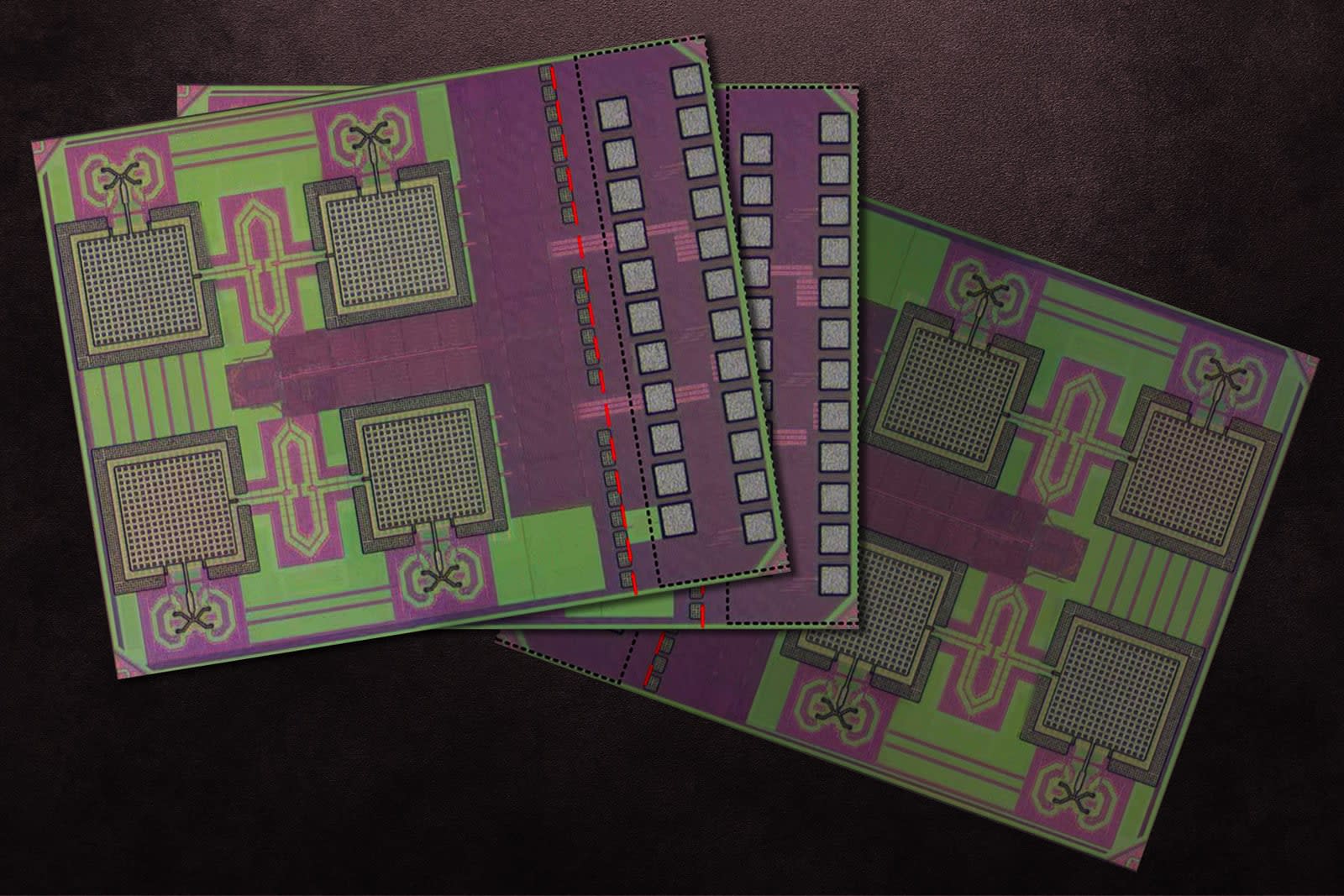 There are times when something is simply too small to tag it with existing technology, and that can be a serious problem when you're trying to fight counterfeits. MIT researchers might have a way to tag even the tiniest devices, though. They've created a very small (0.002 square inches) ID chip that's still secure enough to protect sensitive data. The team managed the feat through a monolithic chip powered solely by light, with antennas that use beam steering and RFID-style (but terahertz-level) backscatter to wirelessly send info to a nearby reader without requiring energy. These keep the design small while reserving enough electricity for encryption.

The security itself is relatively strong. The chip relies on elliptic curve cryptography that uses a mix of public and private keys to only reveal data to valid readers. You can't just snoop on wireless traffic to determine which devices are involved and what's being sent.

As is often the case, there's more to be done before the scientists are happy. The chip has enough range to allow for a tag scanner up to two inches away, but MIT would prefer enough range that you could scan products simply by bringing them into a room. Ideally, they'd also run the chips on the terahertz signals rather than light.

The technology is already cheap and easy to make, though. If it can translate to real-world products, you could use it to tag small objects where conventional tags are either impractical or just won't fit, whether it's a phone component or a tooth implant. That, in turn, could make it easier to spot counterfeits and ensure that whatever you're buying is completely authentic, right down to the littlest parts.

In this article: backscatter, counterfeit, encryption, gadgetry, gadgets, gear, mit, science, security, tag, tagging, tomorrow
All products recommended by Engadget are selected by our editorial team, independent of our parent company. Some of our stories include affiliate links. If you buy something through one of these links, we may earn an affiliate commission.