When the mobile-based Minecraft Earth was announced last year, it immediately drew comparisons to Pokémon Go because of its use of augmented reality and location-based activities. But it was very different (as senior editor Jess Conditt will attest), since it didn't require you to actually go outside to partake in its mining and building gameplay. Now, Mattel has added another play dimension to Minecraft Earth that Pokémon Go can't really boast of: NFC-enabled figurines.

The Boost Mini figures will retail for $5 each, and feature a variety of characters from the Minecraft franchise, including Steve, Alex, creepers, ducks and a cow. Each figurine is very cute on its own, but holding it up against an NFC-enabled device will unlock special abilities within Minecraft Earth for a certain amount of time, displayed by a timer on the screen. You'll also get XP for registering the mini with the game as a further incentive to collect them all (or borrow from friends). 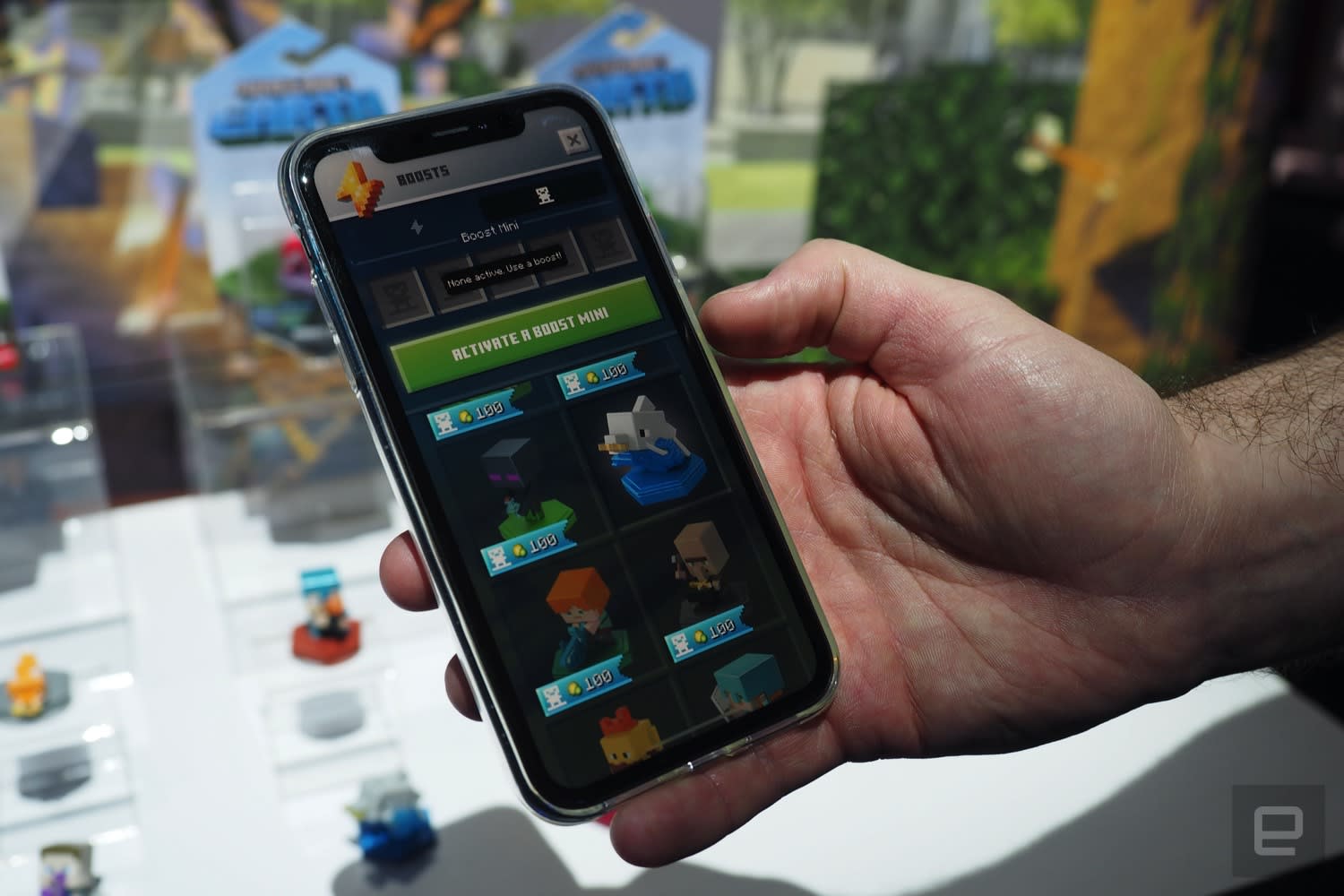 The initial batch being released this spring has 20 different minis, with 10 different abilities to choose from. And, if you are the type who's planning to take your Minecraft Earth game out and about, Mattel is also selling a potion-shaped carrying case that clips onto your belt.

If you're not into the new game specifically but still want some of that sweet Minecraft toy action, Mattel also announced a bunch of new $3.50 blind box minis themed to vanilla Minecraft as well as larger 3.5-inch figures that tie into the upcoming Minecraft Dungeons. The Redstone Monstrosity is particularly fun since it's scaled in proportion to those toys, standing over six inches tall. The 3.5-inch figurines will be $10, with the monstrosity going for $25 when it's released in the fall.