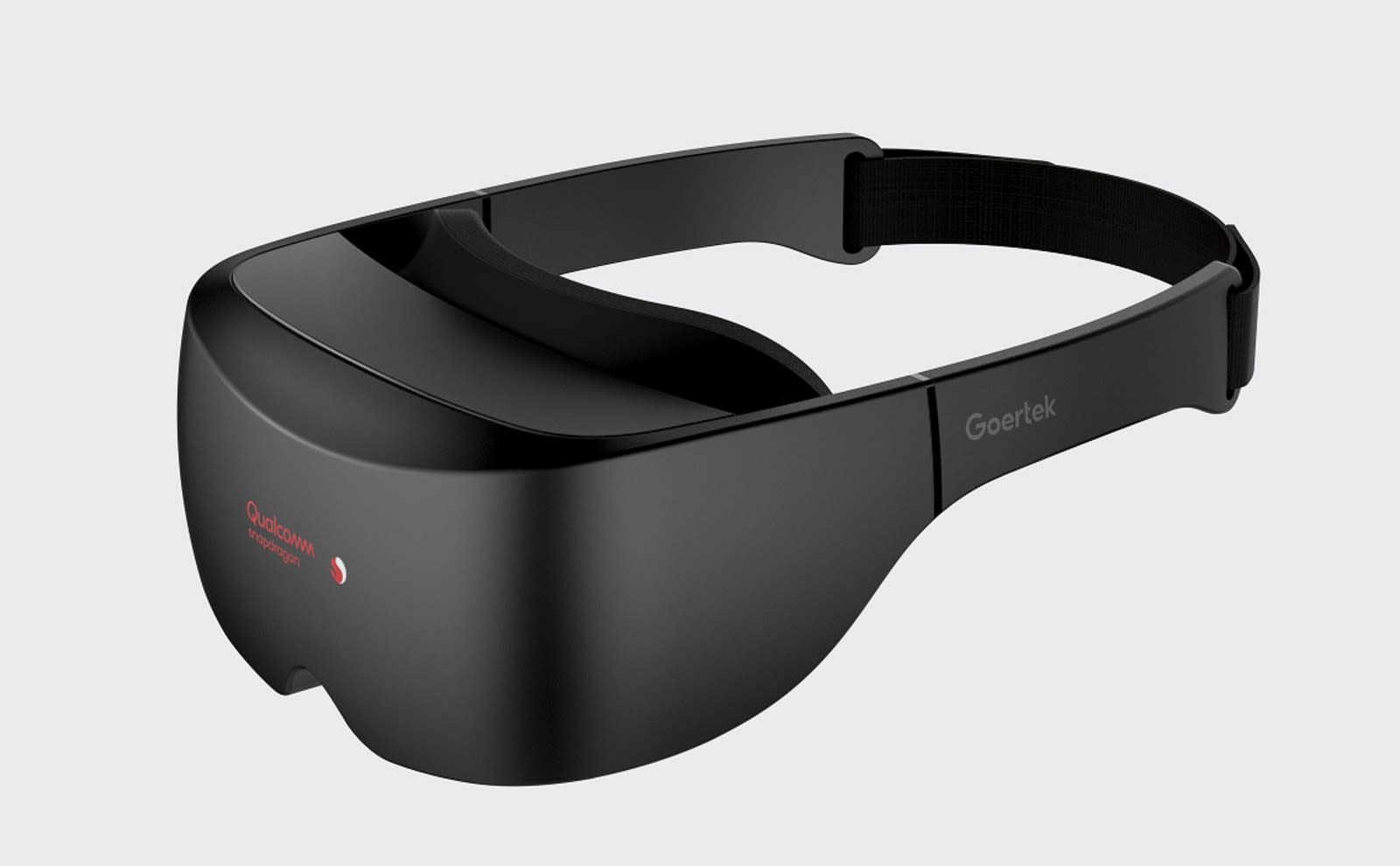 Qualcomm unveiled its XR2 platform at the end of last year, and chipheads were pretty impressed with how much power the company had packed into its newest slice of silicon. Its XR (extended reality) platform features 5G (a first, according to Qualcomm) and 8K 360-degree video playback, as well as a host of other features that double the CPU and GPU performance of its predecessors. Now, the company has revealed a reference design that demonstrates how the chipset will actually work in a headset.

Developed with Goertek, the headset looks a lot like any other, but what's under the hood sets it apart from the competition. As well as 5G, 8K and double the CPU and GPU performance of Qualcomm's previous XR platform, the XR2 headset features four times the video bandwidth, six times higher resolution and eleven times the AI improvements. The design supports up to seven cameras, and includes an IR emitter for hand and head tracking, as well as electromagnetic tracking tech for low latency and peripheral device tracking. It also packs in 3D audio and voice commands.

Unfortunately, this isn't a device made for regular Joes. Yet, at least. At this stage the reference design is expected to be available for select partners in the coming months -- that is, companies that are doing interesting stuff with AR and VR and want a top level platform to showcase their work. However, it does demonstrate what's on the horizon for XR, and what consumers will eventually be able to get their hands on.

In this article: AR, av, chipset, device, extended reality, gear, headset, platform, Qualcomm, VR, wearables, XR2
All products recommended by Engadget are selected by our editorial team, independent of our parent company. Some of our stories include affiliate links. If you buy something through one of these links, we may earn an affiliate commission.