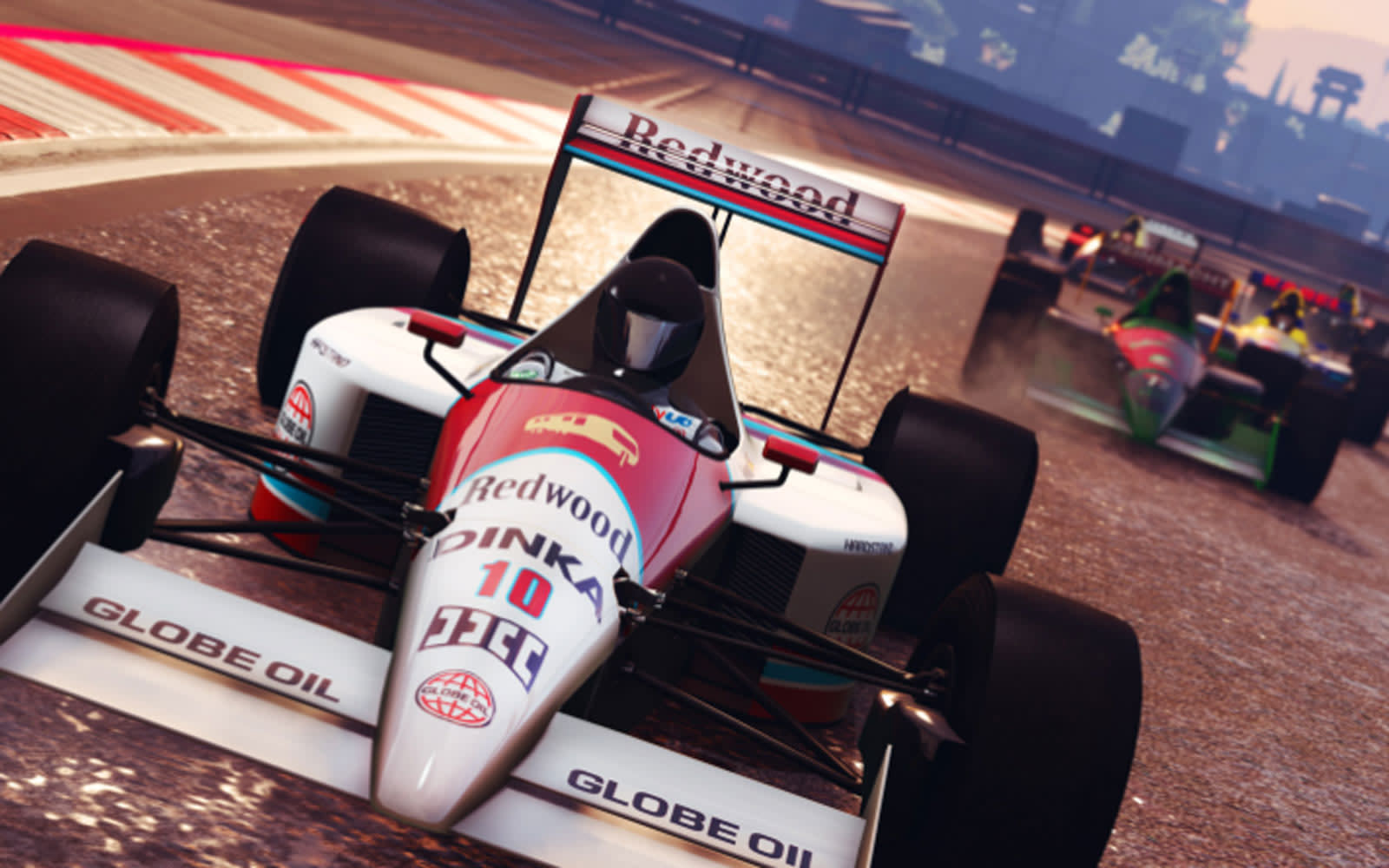 Rockstar refuses to let GTA Online die, and why would it when it's one of the company's biggest moneymakers? If you haven't played GTA 5's online component in a while, today's update may convince you to step back into the world of San Andreas. Rockstar is adding a new competitive racing mode to GTA Online called Open Wheel Races that allows you to drive the game's equivalent of F1 cars against other players.

As part of the update, Rockstar is adding two new cars, the Ocelot R88 and the Progen PR4. You can purchase both through the in-game Legendary Motorsport store and customize them with different tires, spoilers, engine mods and more through Los Santos Customs. Once you've tricked out your ride, there are seven different races to take part in. These occur across GTA Online's open world. One of the races, for example, sees you driving through the Los Santos International Airport, while another cuts through the game's Davis neighborhood.

While GTA Online has mostly trucked on without issue, Rockstar's previous Grand Theft Auto title hasn't fared as well. In January, the studio pulled GTA4 from Steam after an issue with Microsoft's defunct Games for Windows Live service meant Rockstar couldn't issue any new keys for the game. GTA4 will make its way back to Steam (and other digital stores) next month, but when it does, it won't have multiplayer anymore. Thankfully, there's little reason to miss GTA4's multiplayer with just how much Rockstar continues to support GTA Online.

In this article: av, gaming, Grand Theft Auto, grand theft auto v, gta online, open wheel races, personal computing, personalcomputing, Rockstar, Rockstar Games, video games
All products recommended by Engadget are selected by our editorial team, independent of our parent company. Some of our stories include affiliate links. If you buy something through one of these links, we may earn an affiliate commission.