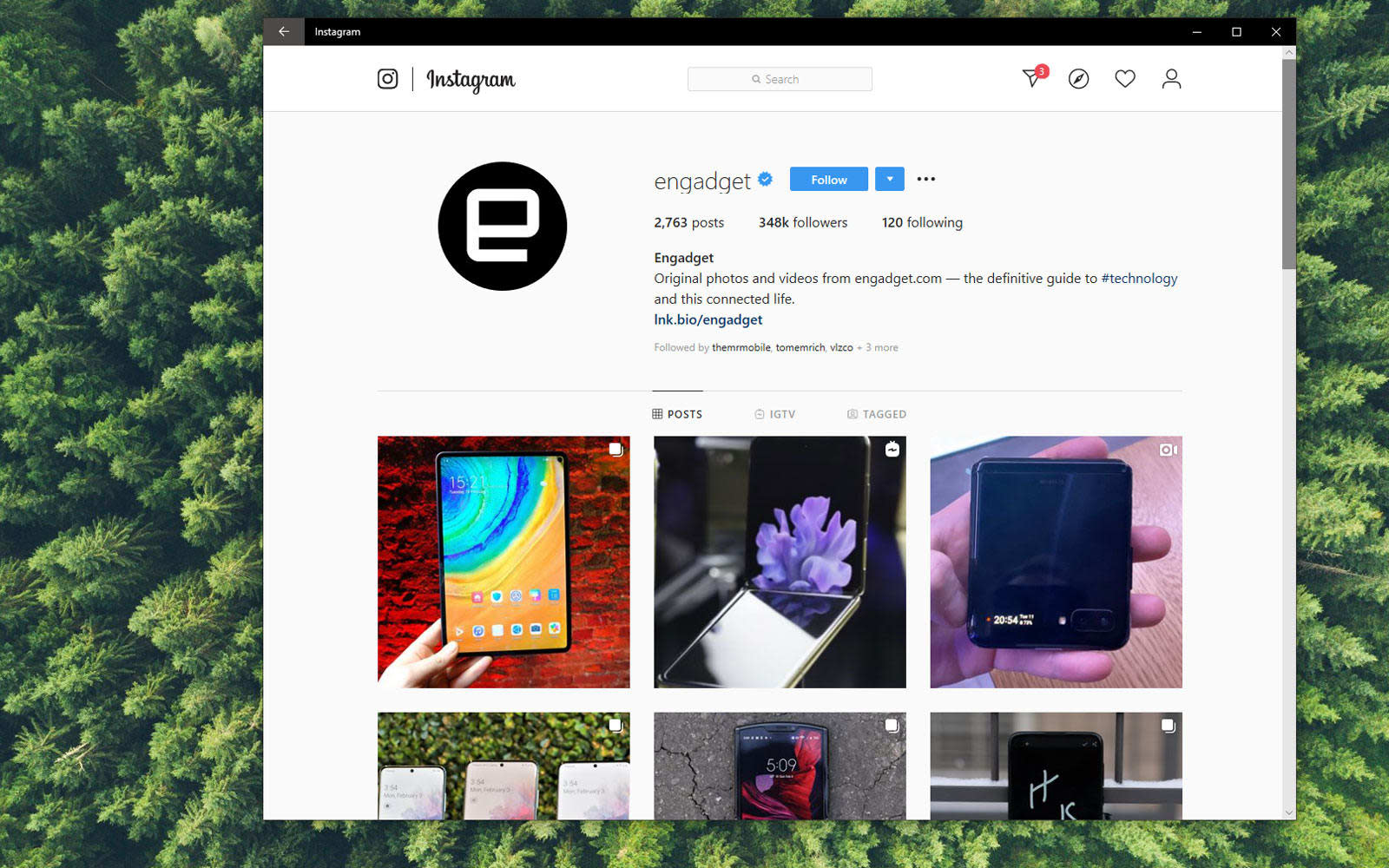 If you use Instagram on your Windows 10 PC, you may notice a subtle change the next time you open the app. Instagram has updated its Windows software to make it into something called a progressive web app (PWA). What this means is that you're effectively interacting with the Instagram website through a wrapper that makes it feel like a native application.

If you're fond of using native software, the mention of a web app might make you cringe. And at least from a feature perspective, Instagram's latest effort is a mixed bag. For example, with the previous native app, you could upload photos directly from your PC. That's not something you can do with the current one at the moment. On the plus side, the new version at least allows you to send and receive direct messages -- which is something that's not widely available through Instagram's web client. Windows Central reports the new app also performs better than its predecessor on ARM-based devices like the Surface Pro X.

Ultimately, however, making its Windows 10 experience into a progressive web app will likely benefit Instagram's users more than it hurts them. In recent years, the company had let its Windows app languish, with updates coming infrequently or almost not at all. Now that it's PWA, feature updates should come at a more frequent and steady clip. This is because it should be easier for Instagram to port any changes it makes to its web client over to the Windows 10 version. Now, if only the company could find the time to develop native iPad software.

In this article: direct messaging, dms, facebook, gear, instagram, internet, personal computing, personalcomputing, progressive web app, PWA, Windows 10
All products recommended by Engadget are selected by our editorial team, independent of our parent company. Some of our stories include affiliate links. If you buy something through one of these links, we may earn an affiliate commission.