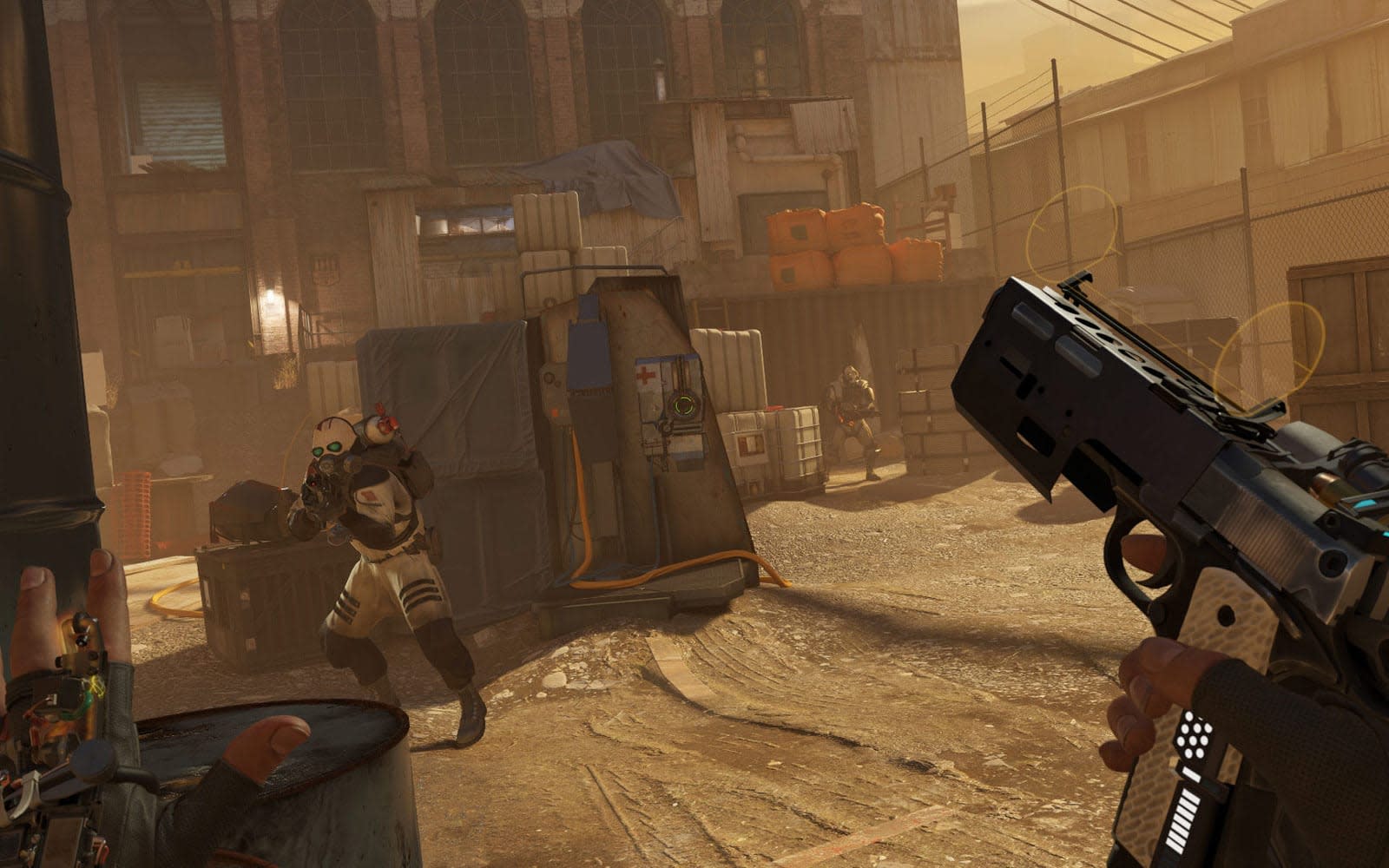 With just a couple of short weeks before Half-Life: Alyx comes out on March 23rd, Valve has shared three new trailers from the upcoming game. If the game's first trailer left you wanting more, these provide a more in-depth look at Alyx's setting and gameplay without spoiling any of its story beats.

Having played Half-Life 2 and its subsequent DLC countless times, the most jarring aspect of the trailers is the fact Valve recast Alyx. She's now voiced by Ozioma Akagha (Mirror's Edge: Catalyst, Runaways), instead of series veteran Merle Dandridge. However, once you get past that, there are a variety of interesting details on display.

To start, we see the game's three different movement modes in each of the videos. It also looks like the gloves Alyx wears have some of the capabilities of Half-Life 2's iconic Gravity Gun. Specifically, they appear to allow you to pull items to you without physically moving to them and picking them up. As such, they effectively let you spend less time moving Alyx, which, along with the different movement modes, should help with motion sickness.

In the third and final gameplay trailer, we see Alyx fight her way through an abandoned factory setting. The interesting revelation here is that Half-Life 2's Manhacks return to Half-Life: Alyx. If the name doesn't sound familiar, they were the drones that would hurl themselves at you with their razor-sharp blades. At one point, we also see Alyx pull a van door to use as impromptu cover against a Combine soldier.

If you still want to see more gameplay, IGN has a nine-minute video that shows some different scenes. Half-Life: Alyx will be playable on a variety of virtual reality headsets, including Valve's Index VR.

In this article: av, gaming, half-life, half-life:alyx, personal computing, personalcomputing, valve, valve software, video games, virtual reality, VR
All products recommended by Engadget are selected by our editorial team, independent of our parent company. Some of our stories include affiliate links. If you buy something through one of these links, we may earn an affiliate commission.