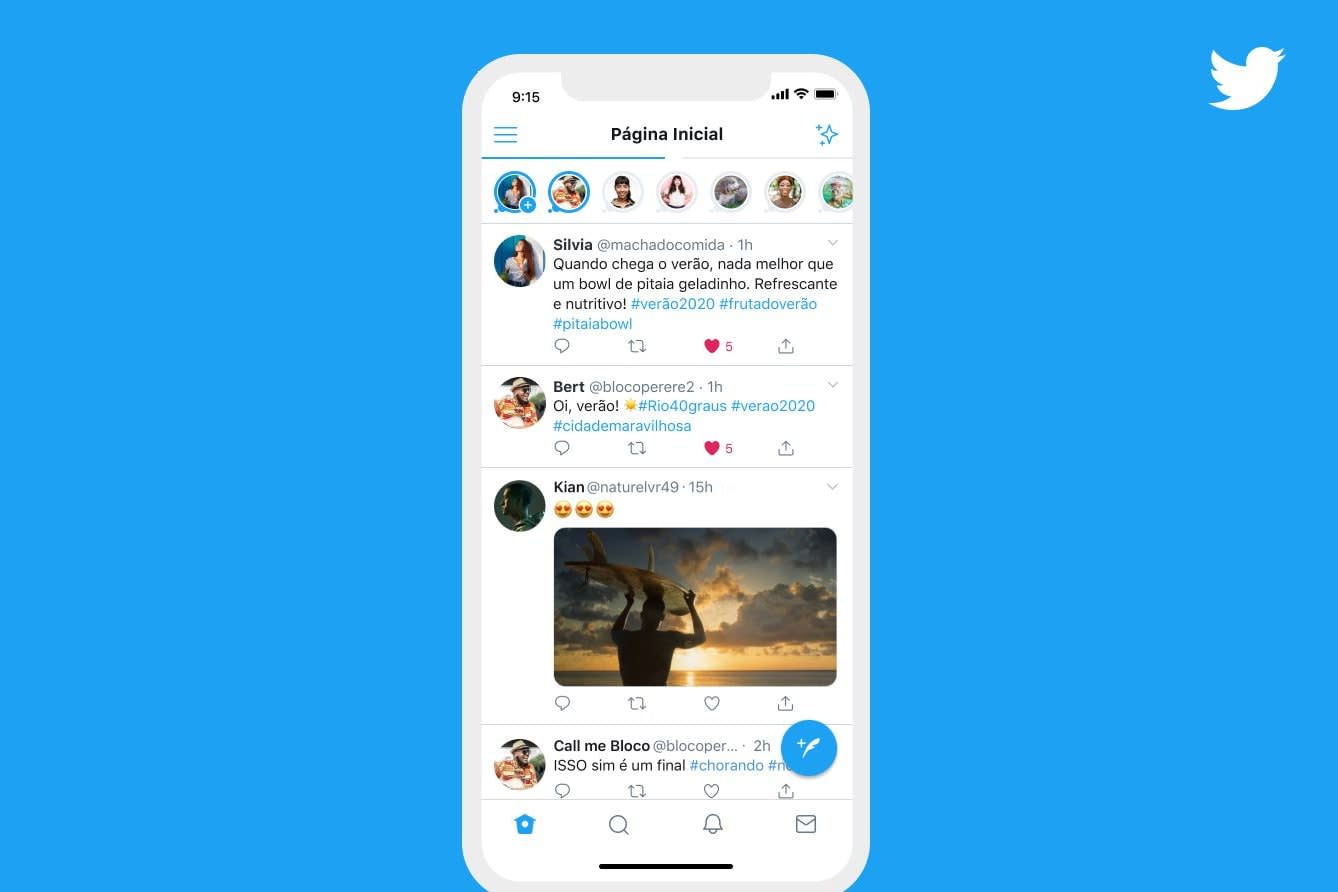 Twitter is finally dipping its toe into ephemeral content. The company is testing a new feature, called "fleets," which allows users to to post tweets that automatically disappear after 24 hours.

For now, the experimental feature is only live in Brazil, but Twitter says it could eventually land in other countries. If fleets do end up becoming widely available, it could fundamentally alter how people interact on Twitter.

In practice, fleets are more like Instagram Stories than a normal tweet. (And, by the looks of things, the company's designers took some cues from Instagram, too.) Like tweets, fleets are text-based, though you can also add photos and GIFs. But the ephemeral posts appear separately from your main timeline — fleets posted by people you follow are highlighted at the top of your main feed — and replies and reactions are directed to your inbox, rather than public-facing notifications. And, like Instagram Stories, others can't embed or link to content posted as a fleet.

The idea, according to Twitter, is to give users a way to share "fleeting thoughts" they might not otherwise be comfortable posting. And, since fleets will only be visible to an account's followers, it could give users a bit more control over their intended audience.

Until now, the company has been hesitant to make changes that could alter the "permanence" of tweets (which is why we'll likely never get that edit button). Still, Twitter's users have shown that there is an appetite for some kind of ephemerality, as evidenced by the growing popularity of services that automatically delete your old tweets.

Fleets is a potential solution: a kind of semi-private tweet that disappears after a day. Of course, if there's anything the last few years have taught us, it's that the internet is forever and nothing ever really disappears. At the very least, it's likely that fleets from high profile users will be screenshotted and shared en masse.

But for those who are just a little nervous about tweeting, the feature could offer some kind of middle ground between meticulously purging all their tweets and never tweeting at all — if fleets ever graduates from Twitter experiment to actual feature, that is. The company is rolling out fleets to its iOS and Android app in Brazil, but is so far non-committal about future plans for its disappearing posts.

In this article: brazil, fleet, fleets, gear, internet, personal computing, personalcomputing, services, test, tweet, tweets, twitter
All products recommended by Engadget are selected by our editorial team, independent of our parent company. Some of our stories include affiliate links. If you buy something through one of these links, we may earn an affiliate commission.