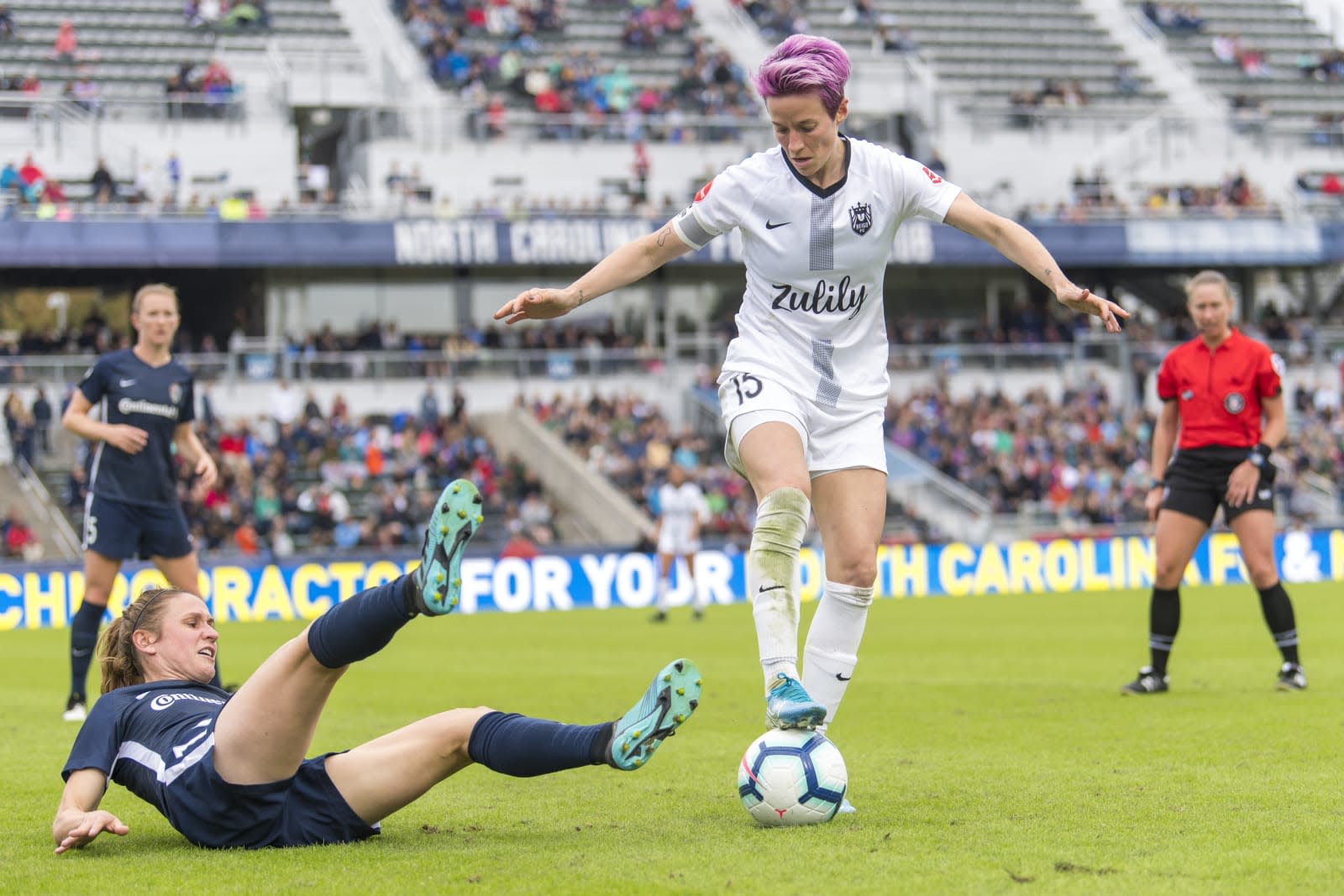 You might have an easy time watching National Women's Soccer League matches online this season. The league has struck deals that give CBS Sports and Twitch the rights to stream games for the next three years. CBS will stream 87 matches, 71 of them available solely through All Access and its various portals through CBS' apps and website. However, the Twitch team-up may be the real highlight. Amazon's livestreaming service will air 24 "select" matches for free in the US on its channel, and it'll offer every game to viewers outside the US.

Fans previously had to tune in using ESPN networks, and it was frequently limited to a game of the week.

The new coverage starts with two games on April 18th. You'll have to tune into CBS All Access if you want to catch OL Reign (Megan Rapinoe's team) taking on Washington Spirit, but you can use Twitch to see the championship-winning North Carolina Courage revisit the finals by fighting the Chicago Red Stars.

This could serve as a test for similar deals with other sports leagues. It's the "first time" NWSL matches have been viewable for an audience this large, league Commissioner Lisa Baird said -- ideally, this expands awareness of and interest in women's soccer. A surge of viewership could prompt other leagues, especially those that don't have an abundance of conventional TV coverage, to try a similar strategy.

In this article: amazon, cbs, cbs all access, entertainment, football, internet, national women's soccer league, nwsl, services, soccer, sports, streaming, television, tv, twitch, video
All products recommended by Engadget are selected by our editorial team, independent of our parent company. Some of our stories include affiliate links. If you buy something through one of these links, we may earn an affiliate commission.