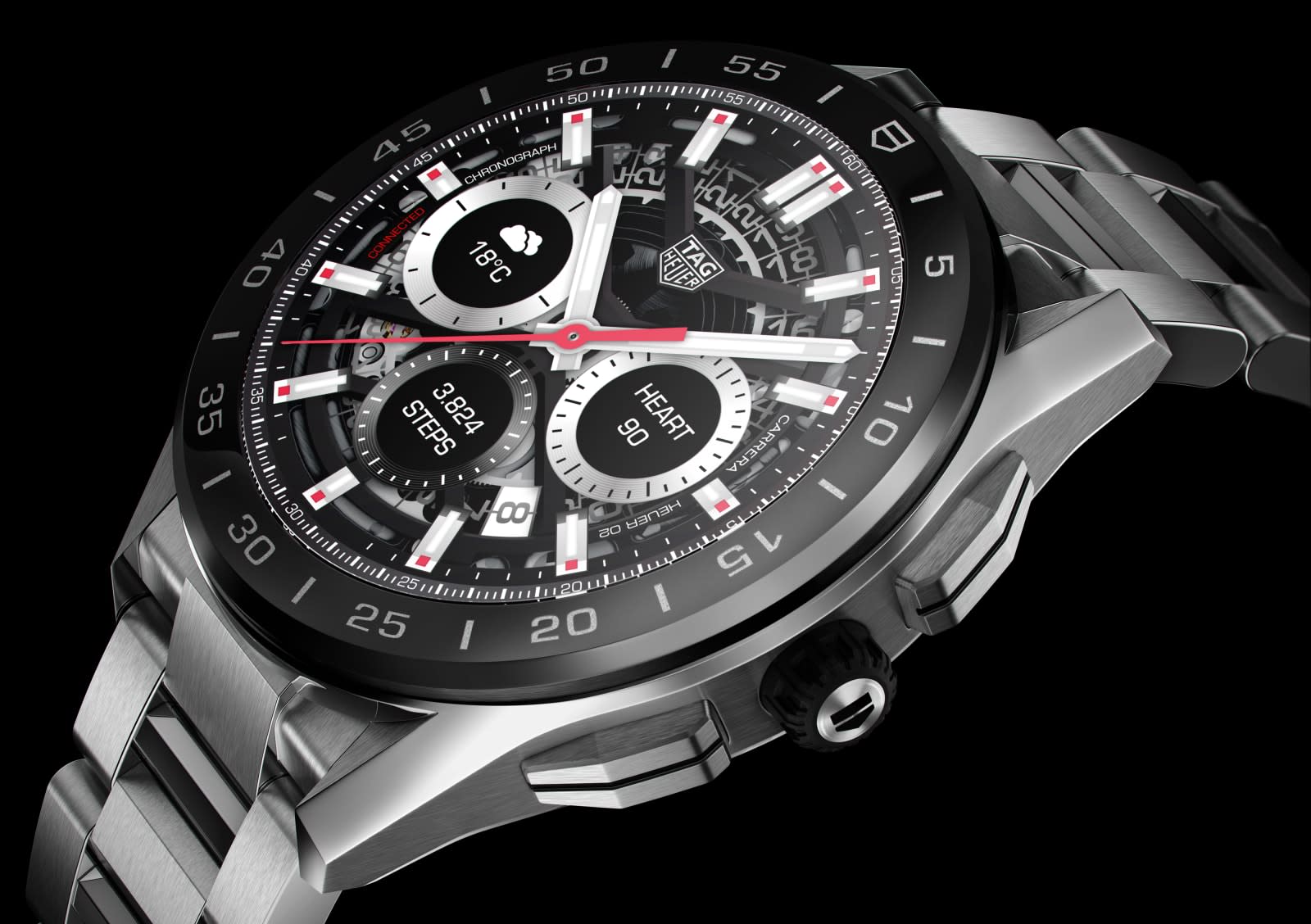 Most smartwatches look like smart watches. For some people, that's perfectly fine. Others, though, prefer a more sophisticated look. The third generation of TAG Heuer's Connected series merges the fitness and productivity features of Google's Wear OS with a design that might be mistaken for a classic chronograph at first glance. But there's a big price to pay for the upscale looks -- these are still luxury watches after all.

TAG Heuer's smartwatches haven't always looked this nice -- its previous Connected timepieces still looked clunky and bloated. The latest efforts from the Swiss company have a more refined look that could be suitable for the office as well as the gym -- especially when paired with a steel bracelet. The 45 millimeter case is made out of titanium or steel and features a sapphire crystal and a ceramic dial. The rubberized crown acts similarly to that of the Apple Watch, allowing users to scroll through lists and menus, while two plungers serve as function buttons. The always-on OLED display alternates between active and ambient mode to save on battery power.

The company says that it reworked its mobile companion app, which now allows the user to more thoroughly personalize watch faces and features and analyze fitness achievements. Default watch faces include five digital- and analog-style options inspired by TAG Heuer designs. The watches still run on Wear OS, though, which could be a deal-breaker for some.

What's more likely to be a deal-breaker is the price. The cheapest -- and least classy-looking -- model costs $1,800, and the most expensive one is $2,350. The priciest Apple Watch -- the Series 5 Hermes edition with a stainless steel case and deployment buckle bracelet -- costs $1,500. When it comes to luxury watches, a big part of the appeal is in the hand-crafted workmanship that goes into each piece. With a smartwatch with no moving parts, that allure simply isn't there. The Connected series has sold surprisingly well in the past, though, so there does seem to be a market for four-figure wearables.

In this article: fashion, gadgetry, gadgets, gear, luxury, smart watch, smartwatch, style, tag heuer, tag heuer connected, wearables
All products recommended by Engadget are selected by our editorial team, independent of our parent company. Some of our stories include affiliate links. If you buy something through one of these links, we may earn an affiliate commission.