They look more like the Powerbeats Pro and they're $50 cheaper.

The only thing left to do was officially announce it. Apple's Powerbeats 4 is far from a well-kept secret at this point. The tethered wireless earbuds popped up in an FCC filing in late February. Another leak last week offered full details and images. The unannounced product even hit shelves at Walmart over the weekend. Well, the official reveal is here: Apple's latest Beats wireless earbuds are indeed a new Powerbeats device. However, they're not called Powerbeats 4, they're simply named Powerbeats.

The Powerbeats 3 was announced in 2016, so the Beats tethered wireless earbuds were well overdue for an upgrade. The new Powerbeats now has the same audio and design as the pricier true wireless Powerbeats Pro that debuted last year. One key difference is where the cable watch attached to the front of the buds on the Powerbeats 3, it's routed down the end of the earhooks on this latest model. That should keep the cord out of your way a little more since it's tucked behind your ear. Apple increased battery life to 15 hours on a charge -- up from 12 hours on the previous model. The handy five-minute Fast Fuel charging feature is still here, and it still gives you an hour of listening time in a few minutes. When it's time to plug in, you'll do so via a Lightning cable. 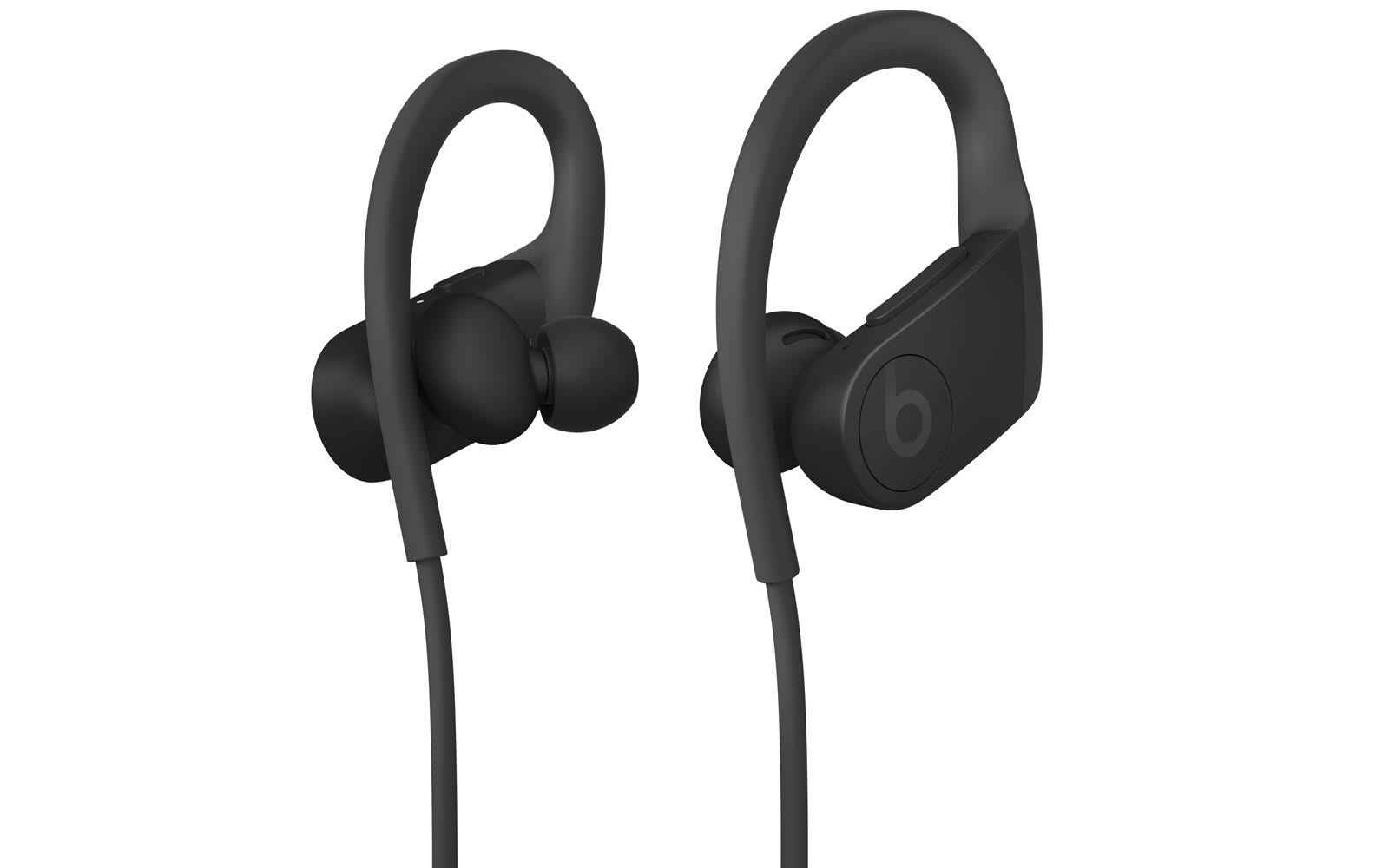 As you might expect, the Powerbeats will still stand up to your workouts. The earbuds are IPX4-rated sweat and water resistant, so a modest amount of moisture shouldn't cause any issues. The inline remote is gone, but there are on-board controls on the buds themselves, and they're similar to those on the Powerbeats Pro. There's a volume rocker on top of the right earbud and a multi-function control on the side-mounted "b" button handles audio playback, phone calls and more. A power button on top of the left earbud also puts the device in pairing mode.

While the Powerbeats 3 had Apple's W1 chip from the original AirPods, the new Powerbeats got an upgrade to the latest tech. Inside, the H1 chip offers quick pairing, the ability to easily switch between iCloud-connected devices and, most importantly, hands-free Siri access on iOS. When these earbuds are connected to an iPhone or iPad, you don't have to push a button to summon Apple's virtual assistant. Simply say "Hey Siri" and the technology is ready for your commands.

The new Powerbeats will be available this Wednesday, March 18th on Apple's website in black, white and red color options for $149. That's $50 cheaper than the previous version.