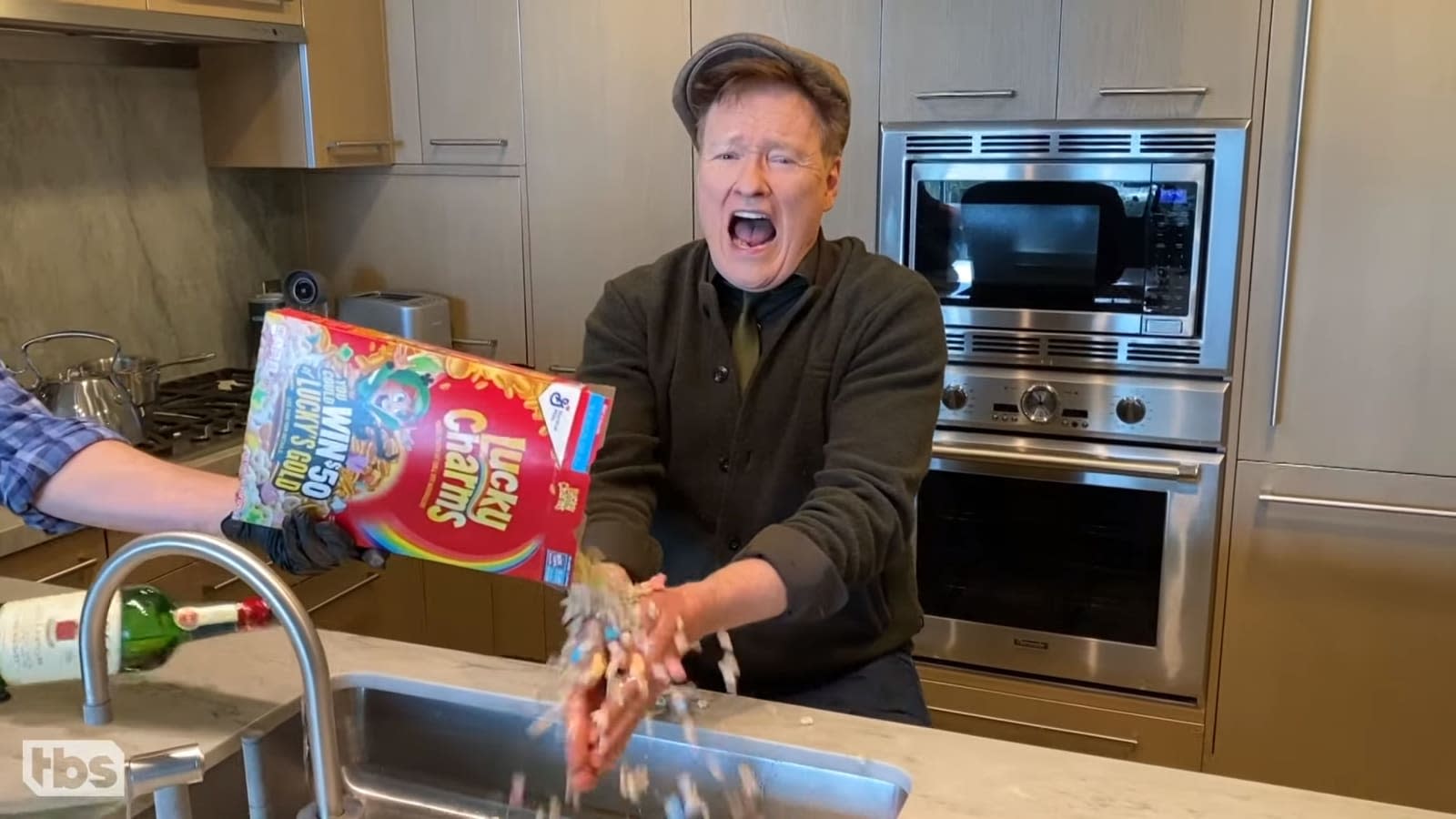 With COVID-19 self-isolation, we can all use as much entertainment as possible. To that end, Conan O'Brien and his staff aim to prove that it's possible to produce a full-length television show from home using technology. "I am going back on the air [on TBS] Monday, March 30th," O'Brien wrote on Twitter. "All my staff will work from home, I will shoot at home using an iPhone, and my guests will Skype."

The idea came about after O'Brien and staff produced several short videos for social media and realized the same tech could be employed for a full show. "We have a staff that wants to work, that doesn't want to not get paid, and you just want to keep the business going," Conan executive producer Jeff Ross told Variety.

So far, it seems that Conan will be the first late-night show to attempt complete shows from home. Others, including Stephen Cobert and Jimmy Fallon, are airing re-runs with some original segments mixed in. It might be a bit easier for Conan to pull that off, though, because it recently became a half-hour show while the latter two run for 60 minutes each.

Still, O'Brien warned viewers to expect the worst, given the lack of a polished studio and potential for technical snafus. "The quality of my work will not go down because technically that's not possible," he said. "This will not be pretty, but feel free to laugh at our attempt."

In this article: av, conan o'brien, entertainment, iPhone, Skype, TBS, TV show, video, coronavirus
All products recommended by Engadget are selected by our editorial team, independent of our parent company. Some of our stories include affiliate links. If you buy something through one of these links, we may earn an affiliate commission.