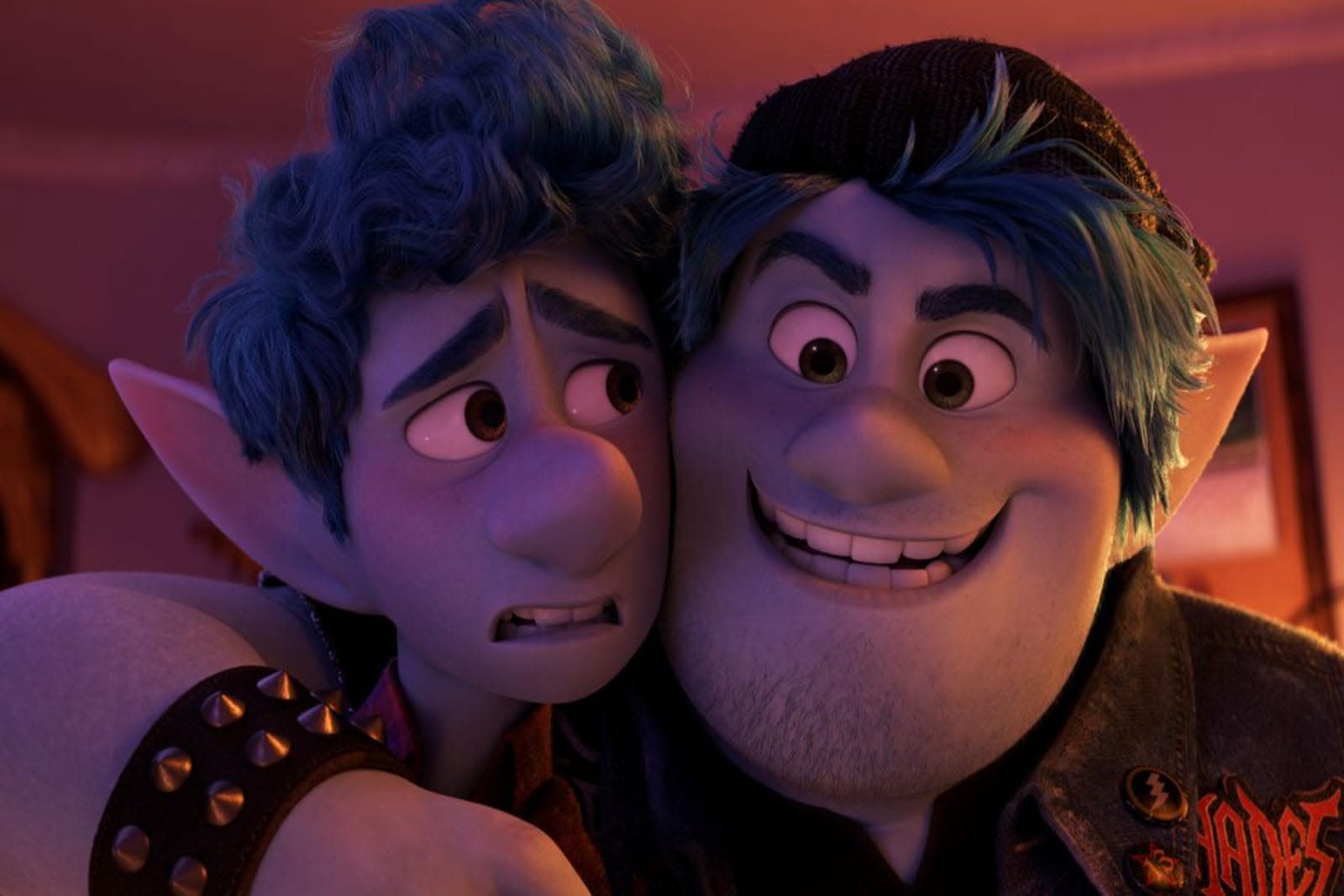 Just like every other line of business right now, the entertainment industry is scrambling to figure out how to deal with the COVID-19 pandemic. Several blockbusters, including the latest James Bond adventure No Time To Die and Marvel's Black Widow have been delayed, while production on many others has been suspended. Some studios have decided to make recent movies available as digital rentals only a few weeks after hitting theaters or even on the same day they arrive in cinemas.

The latest title to get an early digital home release is Pixar's latest flick, Onward. Disney says it will be available to download today, but, in our current reality, it's also one of the first tentpole movies to get a streaming release a month or so after arriving in theaters. You can stream Onward on Disney+ starting April 3rd.

#PixarOnward is coming to the US tonight on digital download and will be streaming on #DisneyPlus on April 3rd. pic.twitter.com/8IJFNTXOL8

The fantasy movie hasn't reached the heights of most other Pixar films at the box office, having pulled in $103 million worldwide to date. But there are clear reasons why Onward has underperformed. Many movie theaters are closing shop for now and, of course, people everywhere are being urged to stay home.

Like other studios, Disney's in a bit of a bind with its release strategy. Since Onward is already out in the world but fewer folks are actually able to see it right now, bringing it to Disney+ while people are holed up with their loved ones will give them something new to watch. Those who want to see Onward but haven't been able to will also have another reason to sign up for Disney+ if they haven't already. At the very least, it might lure kids away from endless Frozen 2 repeats.

In this article: av, coronavirus, covid-19, disney, disney plus, disney+, disneyplus, entertainment, onward, pixar, services, streaming, thebuyersguide
All products recommended by Engadget are selected by our editorial team, independent of our parent company. Some of our stories include affiliate links. If you buy something through one of these links, we may earn an affiliate commission.