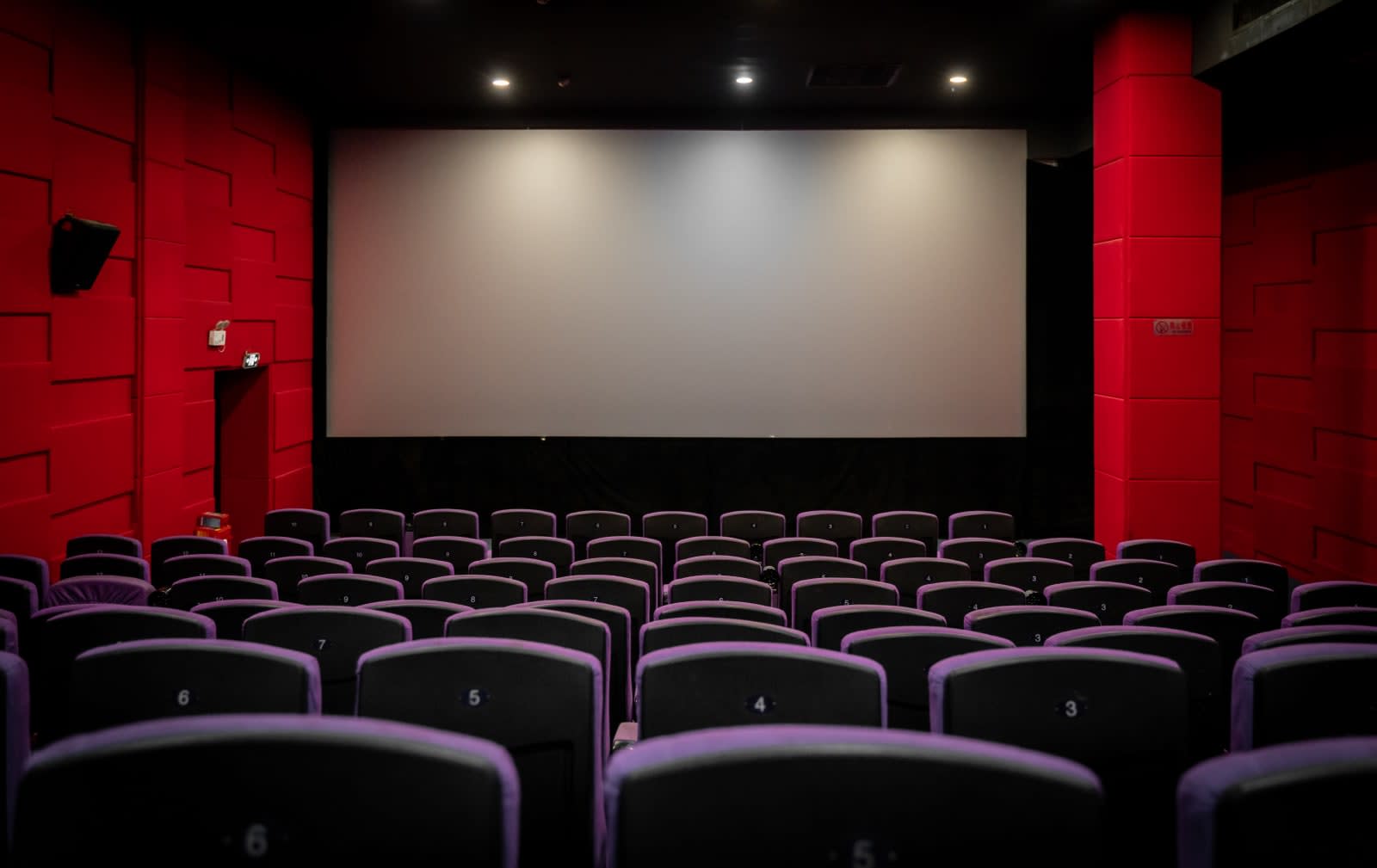 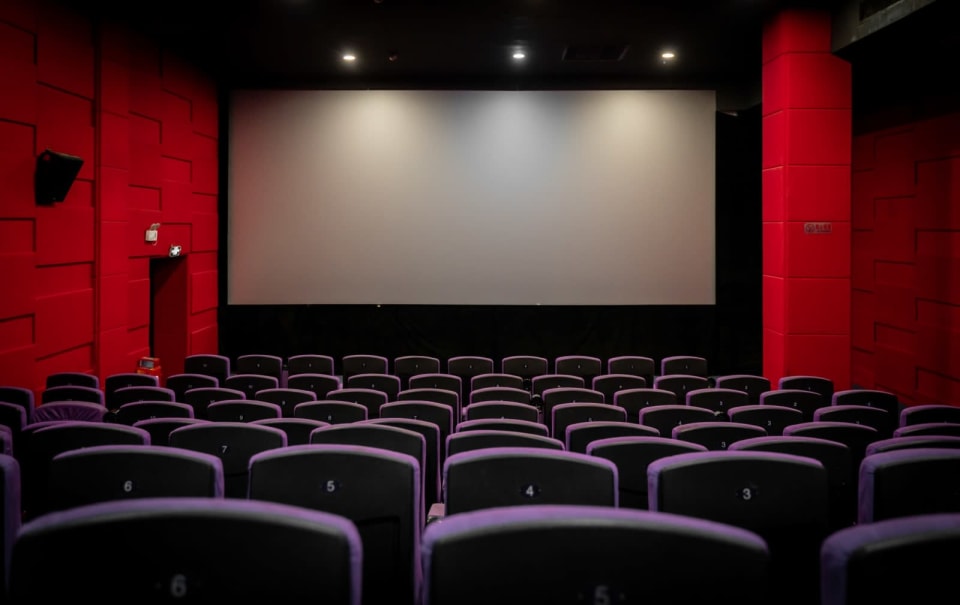 The cancellation of the SXSW festival came as a major blow to the film industry, bringing with it the postponement of 99 world premieres. To cut down on the spread of coronavirus, other film festivals soon followed suit. All this has led to a flurry of Twitter users suggesting film festivals should pivot to streaming. That isn't the easy answer viral tweets would have you believe. Still, there's a way it might work.

Focusing on SXSW, there have been suggestions that film critics could create a DIY streaming festival by sharing the logins and passwords we are given to screen select films from home. Beyond being a breach of professional etiquette, sharing screening links could easily be shut down by the filmmakers and PR reps who oversee them. A password change or a pulled upload is all it'd take to cut a title from this proposed lineup.

Another suggestion called for a major streaming platform (Hulu, Amazon, Netflix) to play savior by creating an online space to screen all of SXSW's 2020 slate. Imagine if one of these platforms was game to purchase all 135 films on the SXSW line-up. That's no quick fix as it'd take time to sort out 135 contracts. Such a big buy would likely mean lesser-known filmmakers getting paltry offers for their films, especially with no buzz to back them. And as several of SXSW's most anticipated titles already have theatrical distribution (The Lovebirds, The Green Knight, Promising Young Woman), those films' owners would probably reject such an offer, as availability online would kill box office potential.

Of course, in a matter of days, things have changed dramatically on that count. Studio releases like Fast & Furious 9, Disney's Mulan and the hotly anticipated horror sequel A Quiet Place Part II postponed their theatrical openings as movie theaters across the country closed. Now-in-theater titles like The Invisible Man and Birds of Prey are rushing to VOD to recoup presumed lost box office.

All this could spur a greater temptation for filmmakers to sell to streaming. However, the rules for festival season and award season could hurt yet-to-premiere movies that go straight to streaming. Many major film festivals will not accept a submission that's available online, and awards bodies -- including the Academy of Motion Picture Arts and Sciences -- demand a qualifying run in theaters ahead of an online release to be considered for nomination. That is, if those rules hold firm in the age of coronavirus.

Up-and-coming filmmakers, whose movies don't boast established property or big stars, could suffer in a streaming festival. The festival circuit allows smaller films opportunities to gather buzz from would-be buyers and awed critics, whose jobs demand they dig for hidden gems. But online, there's already an overwhelming ocean of titles to choose from. Without the build-up buzz of festivals, a great indie movie could very well be lost.

The Farewell's writer/director Lulu Wang said as much when speaking about selling her indie drama after its celebrated Sundance Film Festival debut. A major streaming service offered her nearly $15 million for the film rights, which was twice what the independent distributor A24 did. Wang took the A24 deal, and after months of film festivals touring and Oscar campaigning, she explained why during The Hollywood Reporters' prestigious Directors Roundtable.

"The financiers and producers, of course, were like, 'Are you crazy? We have to take this bigger deal.' And I said, 'No. It's not about the money,'" she said before Netflix's award contenders Martin Scorsese (The Irishman) and Noah Baumbach (Marriage Story). "One thing we sometimes don't talk about with these bigger streaming platforms is that it's a different business model. It's not necessarily about making money back. It's about 'brand' [establishing a signature stamp]. They're building their brand. And when you're an established filmmaker, you are a brand that they want to partner with to help build their own brand. But with newer filmmakers, newer voices, you don't have a brand. You need to build that brand."

Wang credits the support of A24 for The Farewell's success, which included months in theaters, a growing chorus of praise from critics and audiences, getting Wang a seat at the table with branded filmmakers and ultimately a Golden Globe win for leading lady Awkwafina. "If I took that bigger money," Wang concluded, "[The unnamed streaming platform] wouldn't have the energy to put behind someone like me to build my brand when they have so many esteemed, established directors."

Lulu Wang explains why she turned down double $$$ from a streamer for The Farewell to go with A24 & I feel it pretty much sums up the situation in film right now pic.twitter.com/cEr9clO6Om

Wang is proof that festivals give filmmakers the opportunities to network and make connections that build careers. The buzz from festivals can trickle down from the press to the public, allowing daringly intimate films like The Farewell or wildly original movies like Sorry to Bother You to build momentum ahead of theatrical releases. All of this helps those movies find their audiences amid the discourse domination of massive studio properties like the MCU and DCEU movies, or the Star Wars saga, which have decades of mythos and myriad entry points to draw in audiences. While streaming can offer exciting opportunities, many indie films depend on festivals to thrive.

With the concerns over the coronavirus shuttering theaters, it's hard to say when the next major film festival will be. So, if a festival was to pivot to streaming, how might that actually work?

Teaming with a streaming service, an established festival could offer a curated selection of films for a brief window. The fest should reach out to other festivals and the Academy to request a waiver on their streaming disqualifications until further notice, considering the special circumstances created by the coronavirus. That way, films seeking distribution wouldn't be penalized in this already tougher environment.

Key to such a streaming endeavor would be recreating the "event" feel of a festival and the sense of community that emerges within it. To that end, I'd suggest not offering the streaming movies all at once or indefinitely. Mirroring show times at festivals, they should be available for scheduled windows. Viewers would have to tune in within these windows to watch the movie, which would mean they're watching it "together" with others tuned in. This would encourage social media moments similar to those seen when Game of Thrones aired a new episode, sparking conversation and, possibly, buzz. It'd give a streaming movie a sense of occasion and a reason for viewers to urgently seek it out while they can.

The features experience could be enhanced by pairing them with short films as openers, as is done at Austin's Fantastic Fest each fall or as the Criterion Channel does regularly. An audience award selected by streaming viewers could further boost participation, excitement and conversation. Post-screening Q&As, a staple of festivals, could work through livestream, in which filmmakers and stars answer questions gathered from hashtag prompts on social media platforms like Facebook, Twitter or Instagram.

Such an ambitious festival, though, could not afford to be included in the membership price of a service like Hulu or Netflix. Viewers would have to pay to participate. However, asking at-home audiences to pay ticket prices for virtually unknown movies is unrealistic. Besides, such a pay-as-you-go system would favor star-studded films, leaving some sensational indies in the dust. What I'd suggest is copying the badge model of SXSW, in which viewers purchase a virtual badge for "all you can view" access to the films. This, plus the scheduled availability, would urge audiences to take a chance on something smaller but nonetheless special. Altogether, this could provide some sense of the festival experience in a time where the real thing isn't safe or even possible.

This will be a brutal year for filmmakers and everyone else in the industry. But the solution is not to rush all would-be releases to streaming. With few exceptions, films don't have expiration dates. They can sit on the shelf for years and still be awesome and thrive in theaters. (See the SXSW selected The Cabin in the Woods.) Beyond that, we must preserve the theater experience. There is something sacred in that space, which is why filmmakers dream of theatrical debuts.

In the dark, we give our attention to the shining screen before us. Ideally, it's a place where we shut off our phones, put down the eternal scroll of social media and surrender ourselves to the moment. The soundscape of finely tuned speakers sings to us of joy and pain. We submerge in the experience of cinema. More than that, it's communal. In the dark, we are one entity, throbbing with gasps and screams in horror movies. We are a chorus of laughter in comedies. In dramas, the sob of your neighbor may echo in your own throat. As our hero races into potential calamity, our pulses races in unison -- or at least that's how it feels. This experience is what festivals are for, what filmmakers work toward and what we need to fight for. Streaming is not our savior, but could be a stopgap until the theaters open again.

In this article: amazon, art, av, business, entertainment, film festival, internet, netflix, opinion, streaming, sxsw, sxsw2020
All products recommended by Engadget are selected by our editorial team, independent of our parent company. Some of our stories include affiliate links. If you buy something through one of these links, we may earn an affiliate commission.