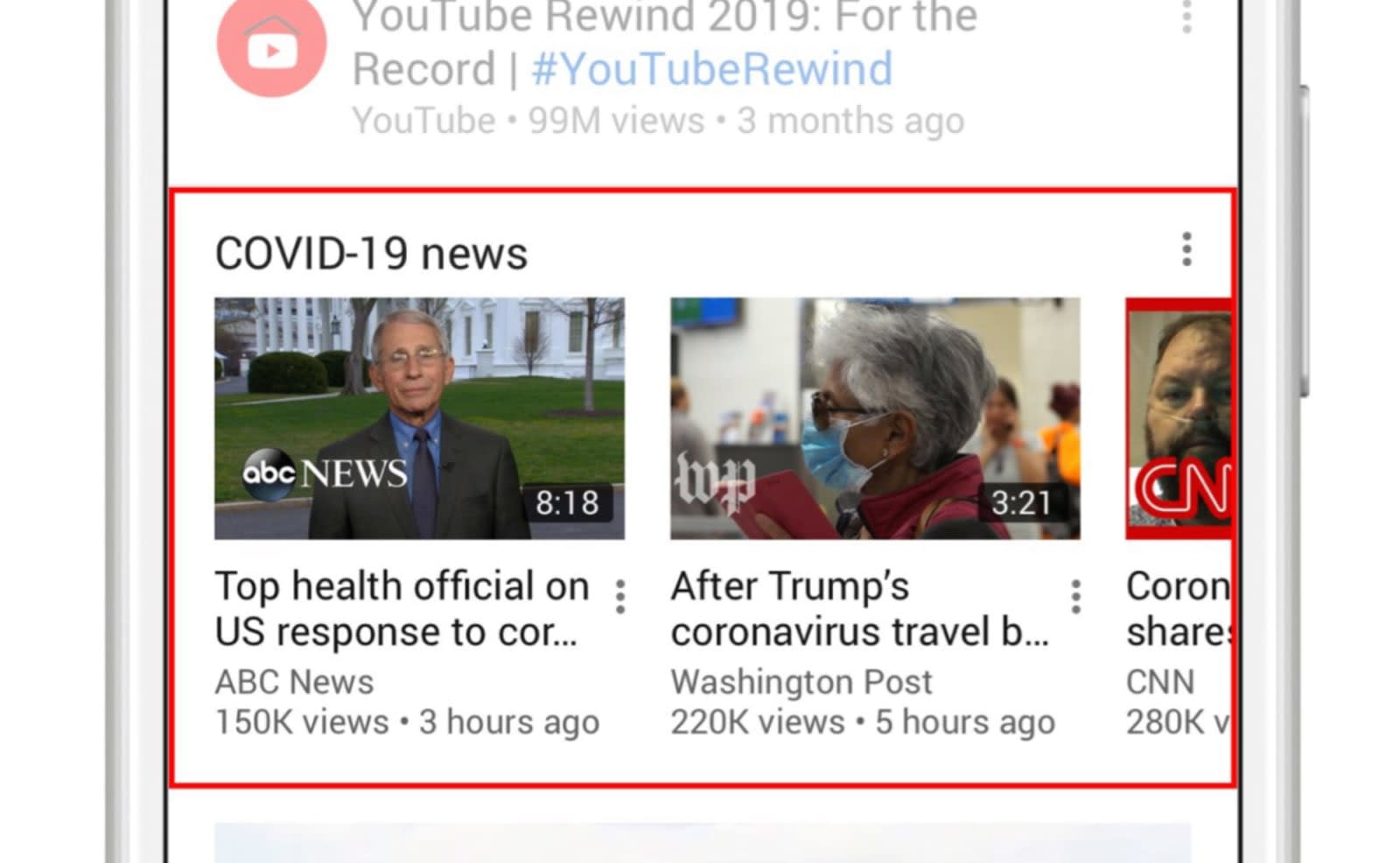 YouTube is joining Netflix in reducing streaming quality in Europe to reduce strain on the internet, Reuters has reported. "We are making a commitment to temporarily switch all traffic in the EU to standard definition by default," it said in a statement. On top of that, the Alphabet company has also launched a hub in 16 countries dedicated to verified, factual stories about the coronavirus outbreak.

Most countries in Europe have introduced confinement measures to slow the spread of COVID-19. That means folks working at home or kids taking classes via teleconferencing will be using bandwidth-hungry services like Skype or Zoom. As such, EU industry czar Thierry Breton has asked streaming platforms to reduce video quality in order to keep the internet running smoothly. Breton personally spoke to both Alphabet CEO Sundar Pichai and YouTube CEO Susan Wojcicki, according to Reuters.

Yesterday, Netflix became the first major streaming platform to reduce video stream bitrates. Over the next 30 days, it has promised to reduce its footprint by around 25 percent by "reducing bit rates across all our streams in Europe," the company told Engadget.

Meanwhile, France has asked Disney to delay the launch of Disney+ to ease infrastructure loads, possibly because kids stuck at home might binge on that content. In the UK, operator BT noted that many more folks are working from home due to the pandemic, so daytime traffic has increased up to 60 percent. However, it's still "only around half the average evening peak, and nowhere near the 17.5 Tb/s we have proved the network can handle," the company wrote.

The technology industry is working closely together in coordination with government healthcare agencies around the world on COVID-19 response efforts. Read our full statement. pic.twitter.com/Xn0fhyJLXm

Conspiracy theories and fearmongering are dangerous at any time, but during a pandemic, they can be fatal. Multiple coronavirus hoax videos have already gone viral, including one calling the virus a Chinese bioweapon and another stating that 5G radiation somehow caused the pandemic. YouTube's effort is part of a promise made by multiple tech giants, including Facebook, Microsoft and Twitter, to quash misinformation and promote credible content during the pandemic.

So far in France, I've yet to see the reduced video speeds or the hub, but I expect they should come along soon. You should be able to see the dedicated hub in the US by now, though.

In this article: av, coronavirus, COVID-19, entertainment, google, hub, video, YouTube
All products recommended by Engadget are selected by our editorial team, independent of our parent company. Some of our stories include affiliate links. If you buy something through one of these links, we may earn an affiliate commission.