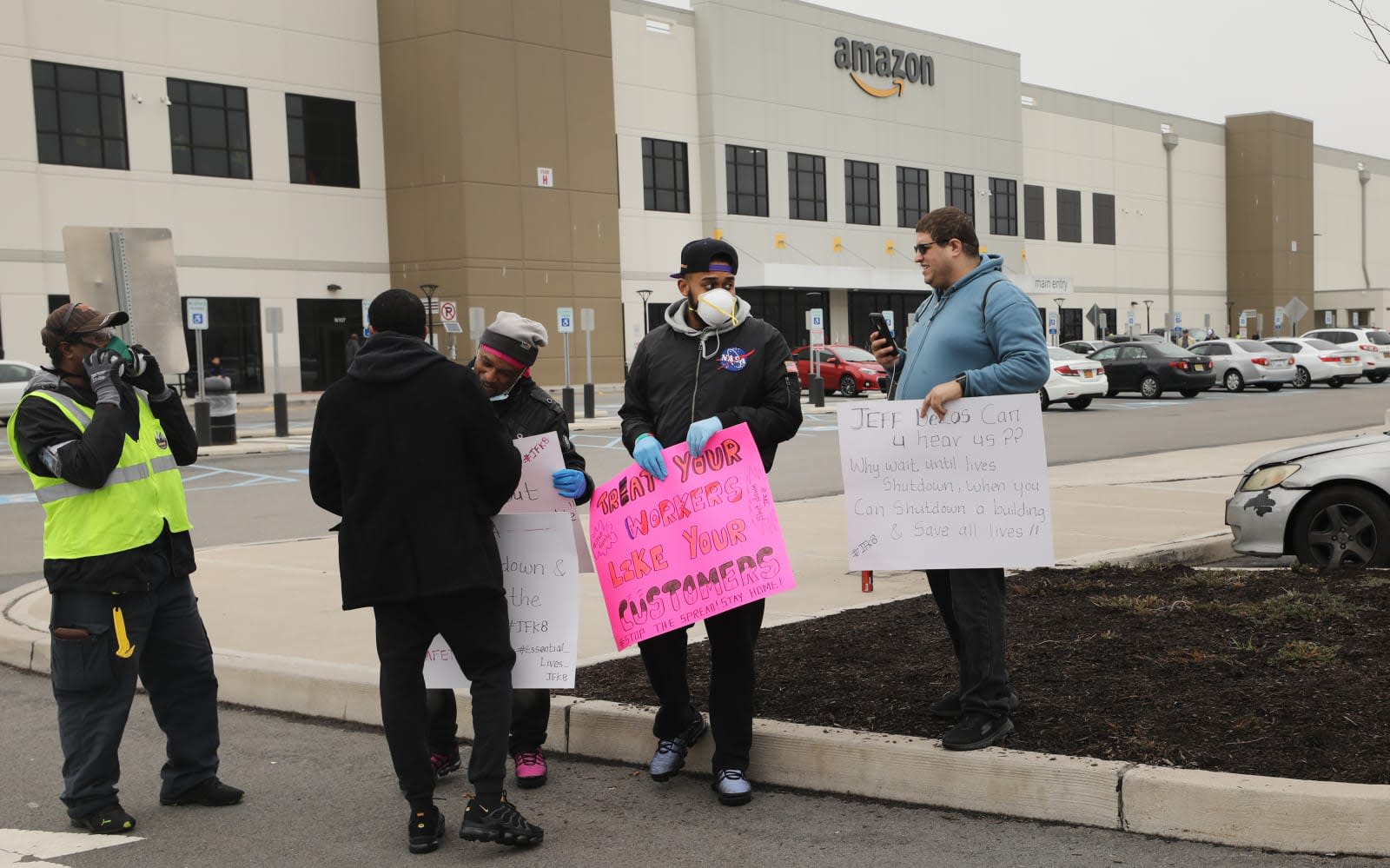 Early this week, workers from Amazon, Whole Foods and Instacart walked off the job to protest what they say is a lack of protections against COVID-19. Now, Amazon is sharing its plans to increase employee temperature checks and provide surgical masks to workers across the US and Europe.

In the US, workers from at least 19 Amazon warehouses have reportedly tested positive for COVID-19, according to Reuters. Amazon says it's already checking more than 100,000 employees' temperatures daily, at facilities in Seattle and New York. It plans to introduce temperature checks across the US and Europe, and it will check Whole Foods Market employees, too. By early next week, it expects to test hundreds of thousands of people daily. Anyone with a temperature over 100.4 degrees Fahrenheit will be sent home until they've gone three days without a fever.

By early next week, more locations will also supposedly receive surgical masks. The particle-blocking N95 masks Amazon ordered will be donated to medical workers or sold at cost to government and healthcare organizations, Reuters reports.

Despite pushback from some workers, Amazon is still hiring. It says it has filled 80,000 of the 100,000 positions it advertised to keep up with the surge in demand caused by the pandemic. It has temporarily increased pay for warehouse and delivery workers, and it expects to spend more than its initial $350 million investment on additional pay. The company says it is being lenient with time off for people who would "rather not come to work," as well as those who have been diagnosed, show symptoms or were in contact with someone who was diagnosed.

In this article: amazon, business, coronavirus, covid-19, employees, gear, masks, medicine, safety, scans, stores, temperature, warehouse, whole foods, workers
All products recommended by Engadget are selected by our editorial team, independent of our parent company. Some of our stories include affiliate links. If you buy something through one of these links, we may earn an affiliate commission.