NVM could go bankrupt during the coronavirus pandemic.

The National Videogame Museum (NVM) is under threat. The building is one of the only permanent museums dedicated to video game culture in the UK, alongside the Centre for Computing History in Cambridge. But like so many other brick-and-mortar businesses, it's been forced to close its doors during the coronavirus pandemic.

The safety of staff and visitors is, of course, NVM's top priority. Turning off the lights has meant shutting off the museum's primary source of revenue, though: admission fees.

In response, NVM has furloughed roughly two thirds of its 18 employees. That means most staff have stopped working and accepted a pay packet, funded by the UK government, that will cover up to 80 percent of their usual wages. Even a small skeleton crew isn't enough to balance the museum's finances, though. Iain Simons, the museum's director of culture and a long-time writer and speaker about video games, estimates that NVM has enough in the bank to last "a few months."

If it can't reopen or find additional funding, it's possible the museum will close for good.

It's a depressing fate that management is obviously keen to avoid. Last week, the museum set up a JustGiving page with an £80,000 (roughly $99,385) target. At the time of writing, a little more than 350 people have donated £29,323 (roughly $35,999) to the cause. Simons hopes that the target amount can keep the museum afloat until it officially re-opens. No one is exactly sure how long the quarantine will last, though — not even the UK government. That's why NVM management is also reaching out to members of the video game industry and existing museum patrons.

The situation might be different if NVM was an accredited museum. It's a legitimate business, backed up by a charity called the British Games Institute (BGI), but it's still working on the accreditation that would potentially unlock funding from Arts Council England and other UK government schemes.

The "small skeleton crew" that hasn't been furloughed will be focused on this all important kitemark, as well developing "what the museum will be when we reopen, and obviously fundraising," Simons explained.

The timing of the coronavirus pandemic couldn't be worse.

"You haven't got to be an epidemiologist to work out that we're one of the higher risk spaces."

Before COVID-19 reached Britain's shores, the museum was apparently flourishing. NVM had experienced its "busiest half term ever" in mid-February, according to Simons. "Just over a month ago, everyone was basically still outside having a brilliant time," he explained. There wasn't a huge drop-off in the weekends that followed, either. NVM was aware of COVID-19, though, and took some common sense precautions. "Obviously, we were cleaning more, and we were doing all the things you'd expect us to do," Simons said.

That same month, though, the UK recorded its first internal transmission of COVID-19. "Fairly suddenly, things escalated in the UK," Simons said. NVM knew it would need to take action quickly. The museum, which sits inside Sheffield's Castle House, is packed with consoles and arcade cabinets. Hundreds of sticks and buttons are touched by an assortment of strangers every day. Even the most rigorous cleaning schedule wouldn't be enough to stop the spread of a virus like COVID-19. "You haven't got to be an epidemiologist to work out that we're one of the higher risk spaces," Smith added.

NVM stopped admissions on March 16th, a week before UK Prime Minister Boris Johnson issued a nationwide lockdown. "I think we were one of the first museums to do that," Simon said. "That was the right call, I think." 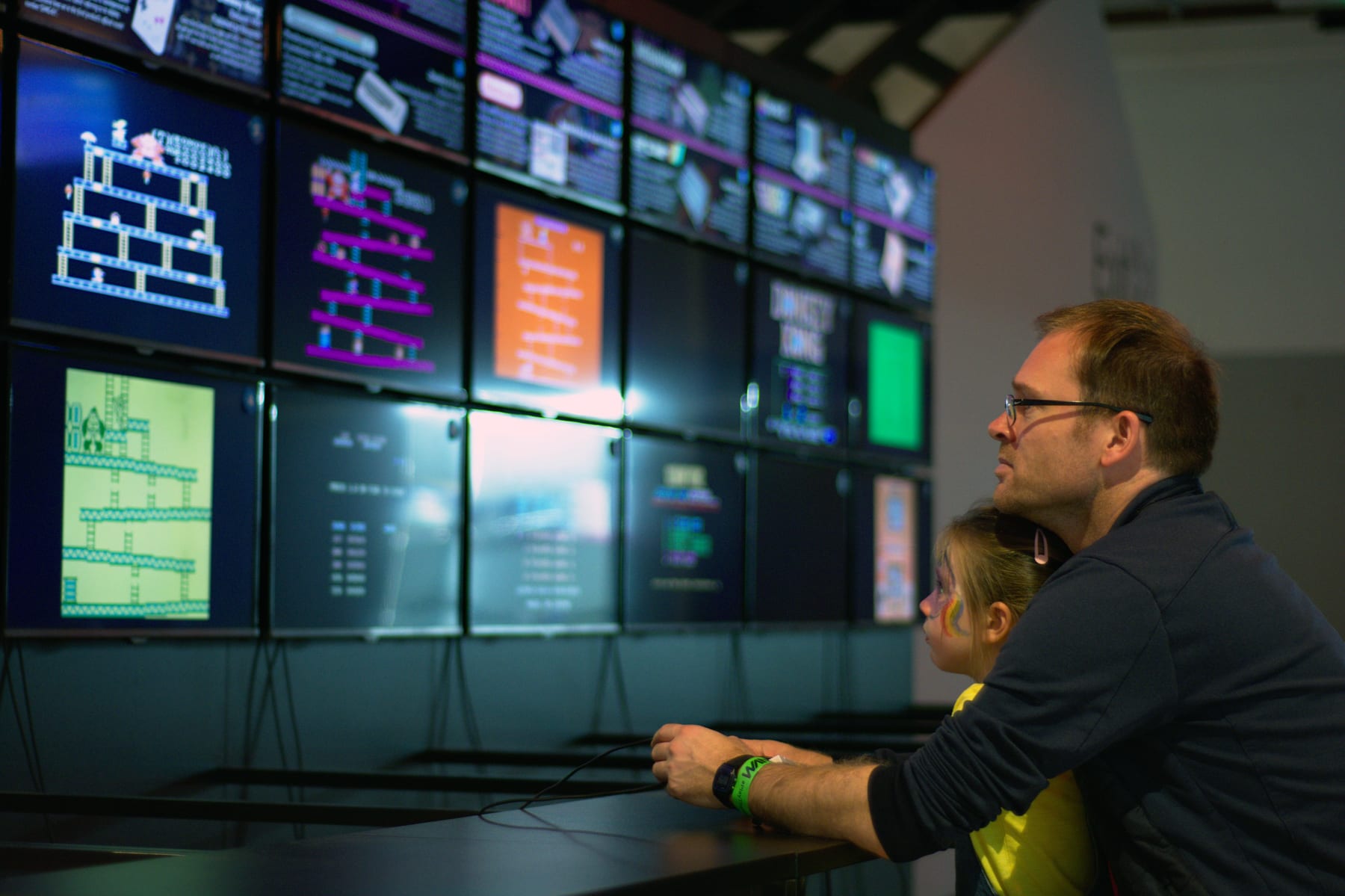 The museum is used to operating on the financial edge.

The original museum, which was based in Nottingham and called the National Videogame Arcade (NVA), opened in 2015 and almost went out of business the following year. As The Guardian reports, the NVA was renting a large building and had 40 staff to pay. "It became horribly clear, horribly suddenly, that we weren't going to be able to pay salaries," Simons told the newspaper in 2016.

The team managed to attract investment, though, from Games Workshop founder Ian Livingstone and British developers including Sumo Digital (Sonic & All-Stars Racing Transformed, Snake Pass) and Playground Games (Forza Horizon), among others. The funding also created the National Videogame Foundation, which oversaw both the NVA and Nottingham-based GameCity Festival.

In February 2018, the Foundation merged with the newly-formed BGI. Seven months later, though, the organization was forced to move the arcade. "The thing about Nottingham is that it was on five floors," Simons explained. "There were lots of different rooms. It was like a badly designed Quake level of a museum. It was really, really exciting but incredibly difficult to run." When the Nottingham site closed, Simons told the BBC that it could not be "judged a commercial success."

"If you want an easy life, don't open a museum about video games," he told Engadget. 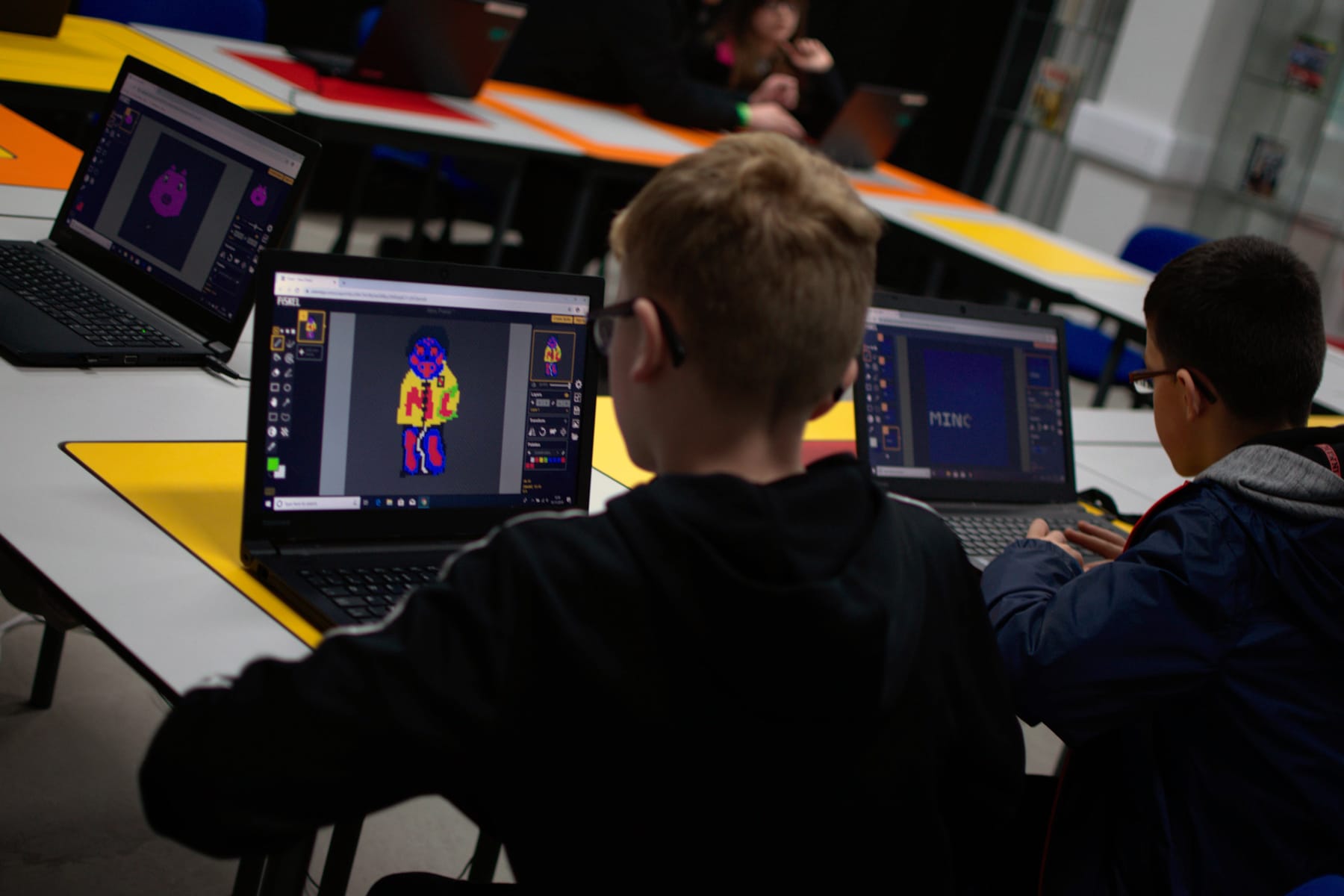 The new location, which also introduced the National Videogame Museum name, is a single floor that can be easily reconfigured to accommodate new additions and exhibits. It's not the most luxurious space, and the organization doesn't have the money to create flashy exhibits like London's Science Museum or Design Museum. But it's got what's most important — a truckload of games spanning many different decades — and other interesting objects, including merchandise and design documents, that explain how tentpole titles impacted the industry and popular culture. "You can play games at home," Simons said. "What we're trying to do is bring the story of video game culture, beyond just the games, to the public."

With the support of the BGI, the museum has apparently made great strides in the last year. "We were getting to a point of stability," Simons said. "and then guess what? This comes along." He is well aware, though, that a museum isn't the highest priority right now. Culture and game preservation is important, but people's health and financial security obviously come first. "I'm not suggesting for a second that the threat to the NVM is, in any way, comparative with what's actually going on out there in the street, or out there in the country in people's homes," Simons said.

Still, it's a site that many would be sad to lose.

Simons is upbeat about the situation, though. He's still thinking about the museum's long-term ambitions and how it can come back with a bang once the quarantine is lifted. "At some point, [COVID-19] is going to be over," he said. "We're all going to go back outside. I guess I really want to make sure that we're there with new ideas and new ways to welcome people to the museum when we get to that." He's focused on the museum's survival, of course, but believes it's equally important that people think about the future. "We need to be able to think in the hardest of times," he said. "Being able to think positively about that is, I think, the real challenge."

If you want to make a donation to the museum, you can do so here.

Update 29/06/20 4:07AM ET: Added reference to the Centre for Computing History in Cambridge, England.

All products recommended by Engadget are selected by our editorial team, independent of our parent company. Some of our stories include affiliate links. If you buy something through one of these links, we may earn an affiliate commission. All prices are correct at the time of publishing.
View All Comments
The fight to save the UK's National Videogame Museum