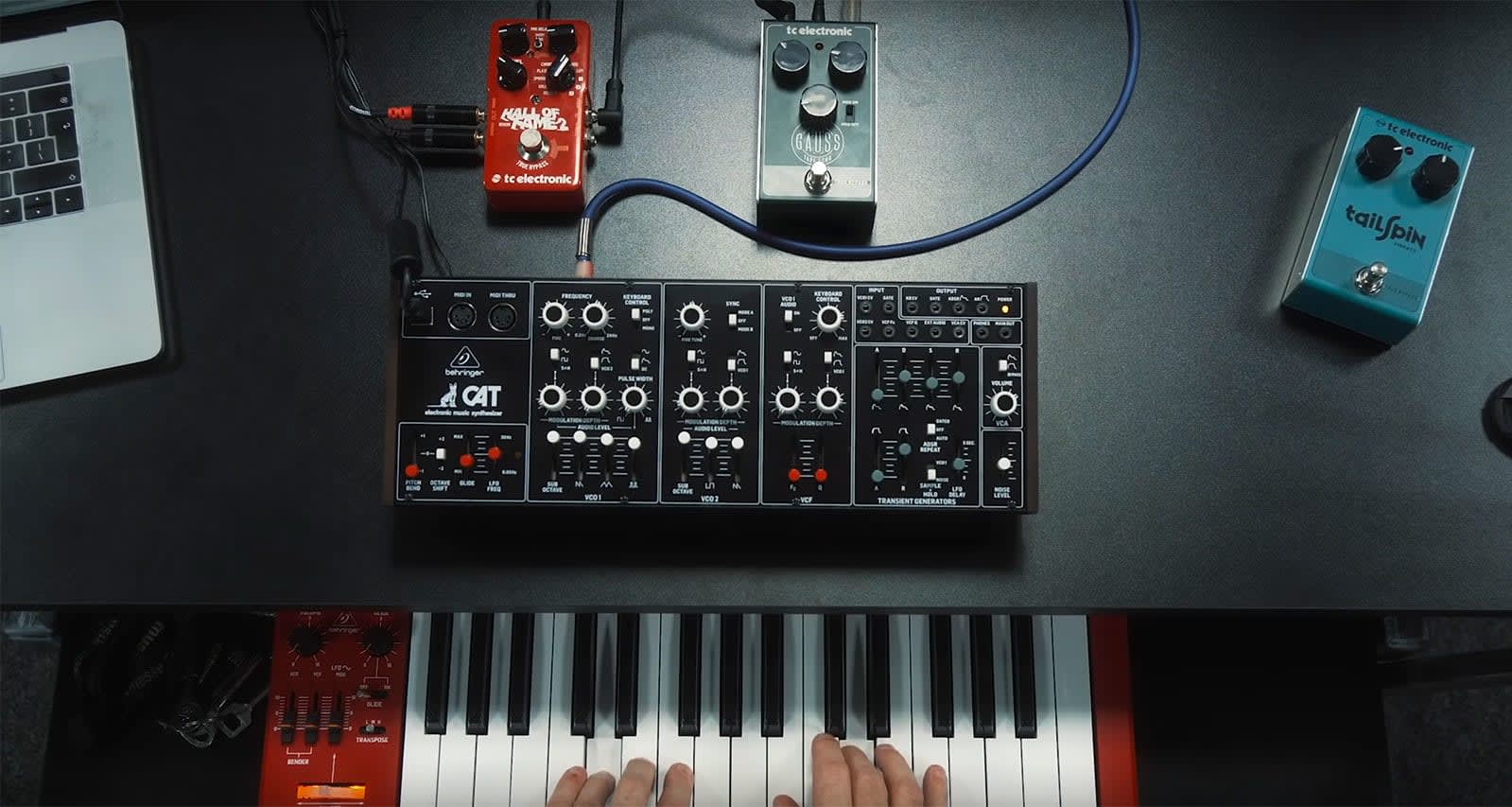 Behringer hasn't been shy about its plans to clone some of the most iconic synthesizers ever made. In November alone, the company debuted the Poly D based on the Minimoog Model D, the Wasp Deluxe based on EDP Wasp and the TD-3 based on the Roland TB-303. Not wanting to let the calendar flip before it could tease its next revival, Behringer showed off the CAT synth earlier this week -- a Eurorack-compatible instrument based on the Octave Cat that debuted in 1976. The original was used by acts like Chemical Brothers, Devo and many more.

While Behringer says the CAT is "an authentic reproduction" of the CAT SRM II circuitry, the new version is missing a key feature of the original: a keyboard. The company also nixed the keys on its Wasp clone in favor of a desktop module, so this isn't a huge surprise. However, it does offer an analog signal path with dual VCO design. The first has four oscillator shapes -- sawtooth, triangle, modulated pulse and sub
octave square -- while the second has sawtooth, square and sub shapes. There are separate sliders for each shape, so you can tweak the sound as you see fit. Those oscillators can be modulated from six sources, with two depth attenuators. The vintage CAT filter (VCF) is also included.

As Synthtopia notes, the CAT clone was first announced two years ago when Behringer confirmed it was also working on new versions of the ARP 2600, Wasp, Korg MS-20 and several others. For now, it seems the company is content on just showing what the CAT can do -- there's no word on pricing or availability just yet. NAMM is just around the corner though, so we could get more info during that event.

Source: Behringer (YouTube)
Coverage: Synthtopia
In this article: audio, behringer, cat, clone, gadgetry, gadgets, gear, instrument, music, musical instrument, octave cat, synth, synthesizer
All products recommended by Engadget are selected by our editorial team, independent of our parent company. Some of our stories include affiliate links. If you buy something through one of these links, we may earn an affiliate commission.