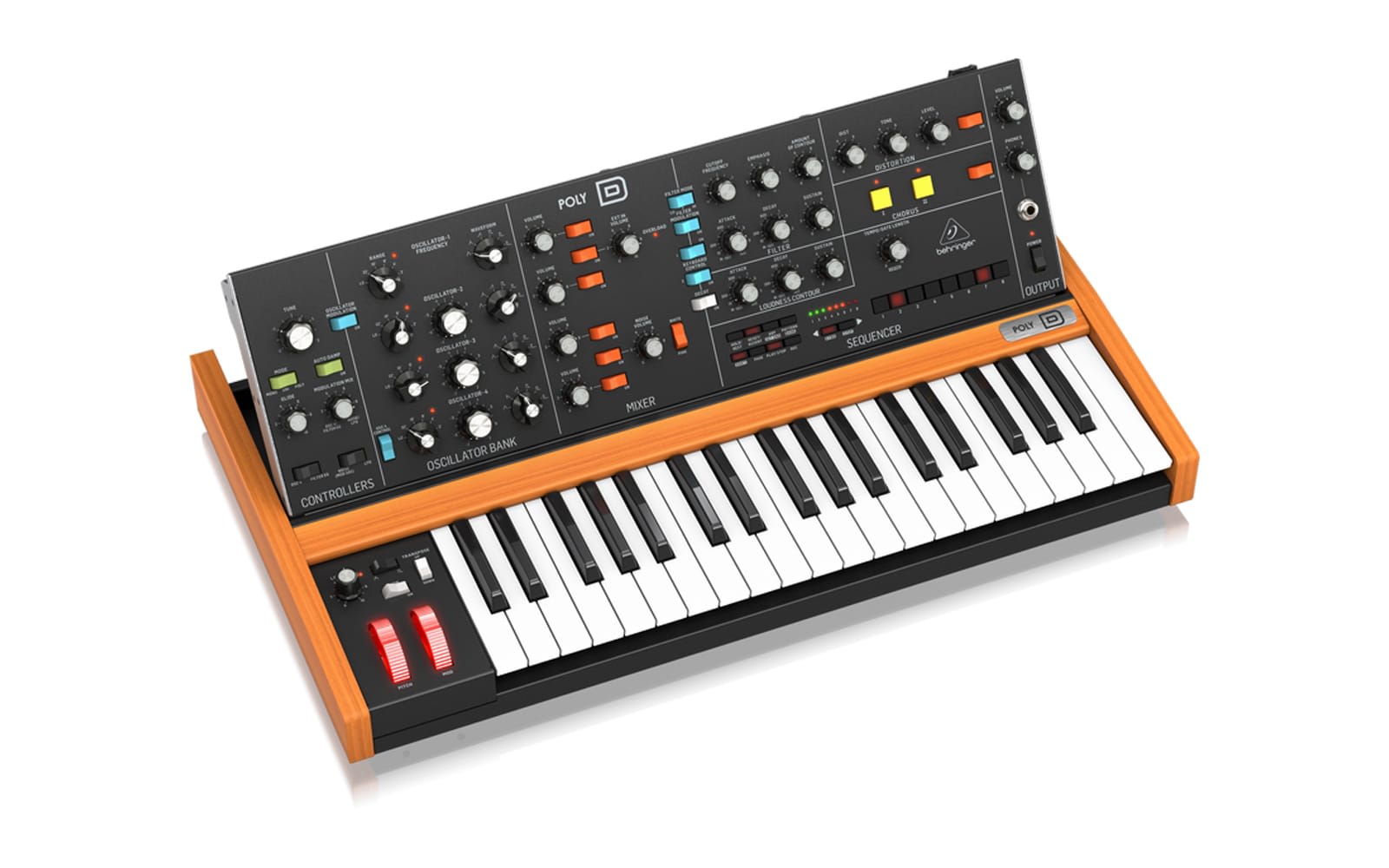 Behringer has a reputation for producing clones of classic synthesizers that are a little too similar to the originals. While these low-priced units help musicians get faithful, analogue reproductions of prohibitively expensive vintage keyboards, Behringer's strategy of using the same schematics as the originals rubs some purists the wrong way. Announced today, the company's Poly D makes it seem like the manufacturer could be shifting gears and taking some artistic liberties when it comes to reinterpreting old instruments. The unit is similar to Moog's Minimoog Model D -- which Behringer has already cloned -- but adds several features that make it a much more flexible synth.

Unlike the vast majority of Moog synthesizers, the Poly D is, as its name indicates, a polyphonic (or at least paraphonic) unit, so it can play multiple notes at the same time. It features a full analogue signal path and four oscillators, which means you can play couplets or three- or four-note chords, rather than just single-note melodies. Departing even farther from the Moog formula, the Poly D has a chorus effect inspired by Roland's Juno 60, a distortion effect, an arpeggiator and a sequencer.

While Behringer's previous Model D clone was a standalone unit which has to be hooked up to an external MIDI keyboard, the Poly D has a built-in 37-key keybed. You can still connect to other controllers and triggers with the MIDI in, through and out ports, though. The Poly D also looks a lot closer to the original Model D thanks to its wooden chassis and primary color rocker switches. Thankfully the flimsy mod and pitch wheels of the original have been replaced with thick, rubberized controls. There are no details on when the Poly D will be released or how much it will cost, but given Behringer's penchant for keeping prices low, we're guessing the unit will ring in below $1,000.

Source: Behringer
In this article: analog synth, analogue synth, behringer, behringer poly d, gadgetry, gadgets, gear, moog, music, music production, musical instrument, synth, Synthesizer
All products recommended by Engadget are selected by our editorial team, independent of our parent company. Some of our stories include affiliate links. If you buy something through one of these links, we may earn an affiliate commission.