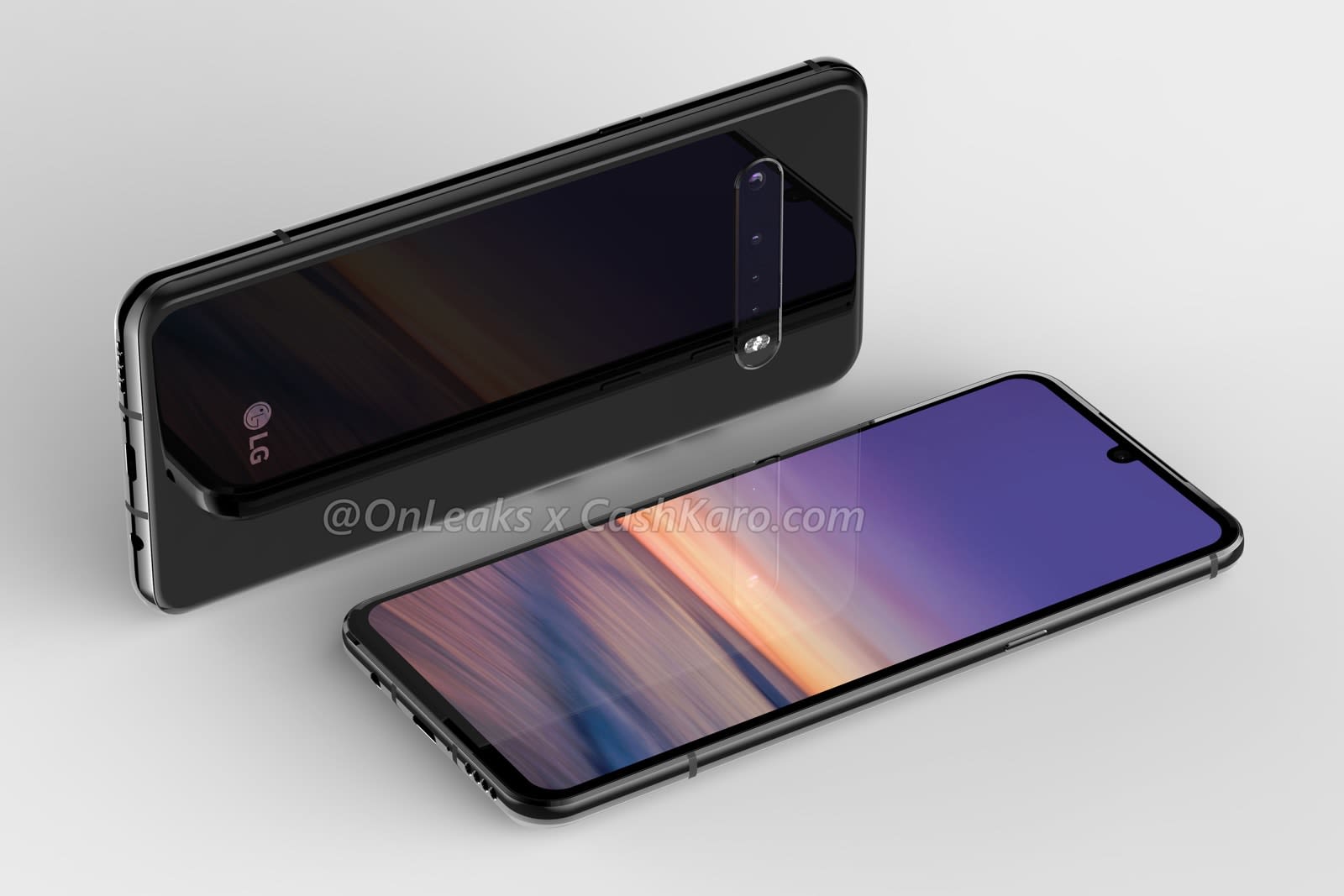 LG may have a simple approach to fighting the next Galaxy S phone -- offer a no-nonsense flagship. Well-known tipster OnLeaks and CashKaro have shared CAD-based renders of what they says is the G9, and it appears to be a slightly refined take on the G8X that revolves around practical upgrades. You'd get four rear cameras instead of two, and LG would join the modern Android era with an in-display fingerprint reader. You might also see a bump in size to a screen between 6.7 and 6.9 inches.

The play-it-safe design would also involve the teardrop camera notch on the screen (though it may be smaller than before) and, crucially, the 3.5mm headphone jack. Samsung's next Galaxy S may ditch the audio port, making the G9 a more viable option for those who hate dongles and Bluetooth headphones.

It's not certain when the G9 might make its debut, although history suggests it could launch at Mobile World Congress in late February. Whether or not the cautious approach might help is another matter. It could work at a time when LG's arch-rival Samsung is taking risks, but LG is still struggling in the mobile business. Samsung may thrive simply by wielding its status as a giant in the mobile world.

Via: GSMArena
Source: CashKaro
In this article: android, g9, gear, leak, lg, mobile, onleaks, smartphone
All products recommended by Engadget are selected by our editorial team, independent of our parent company. Some of our stories include affiliate links. If you buy something through one of these links, we may earn an affiliate commission.