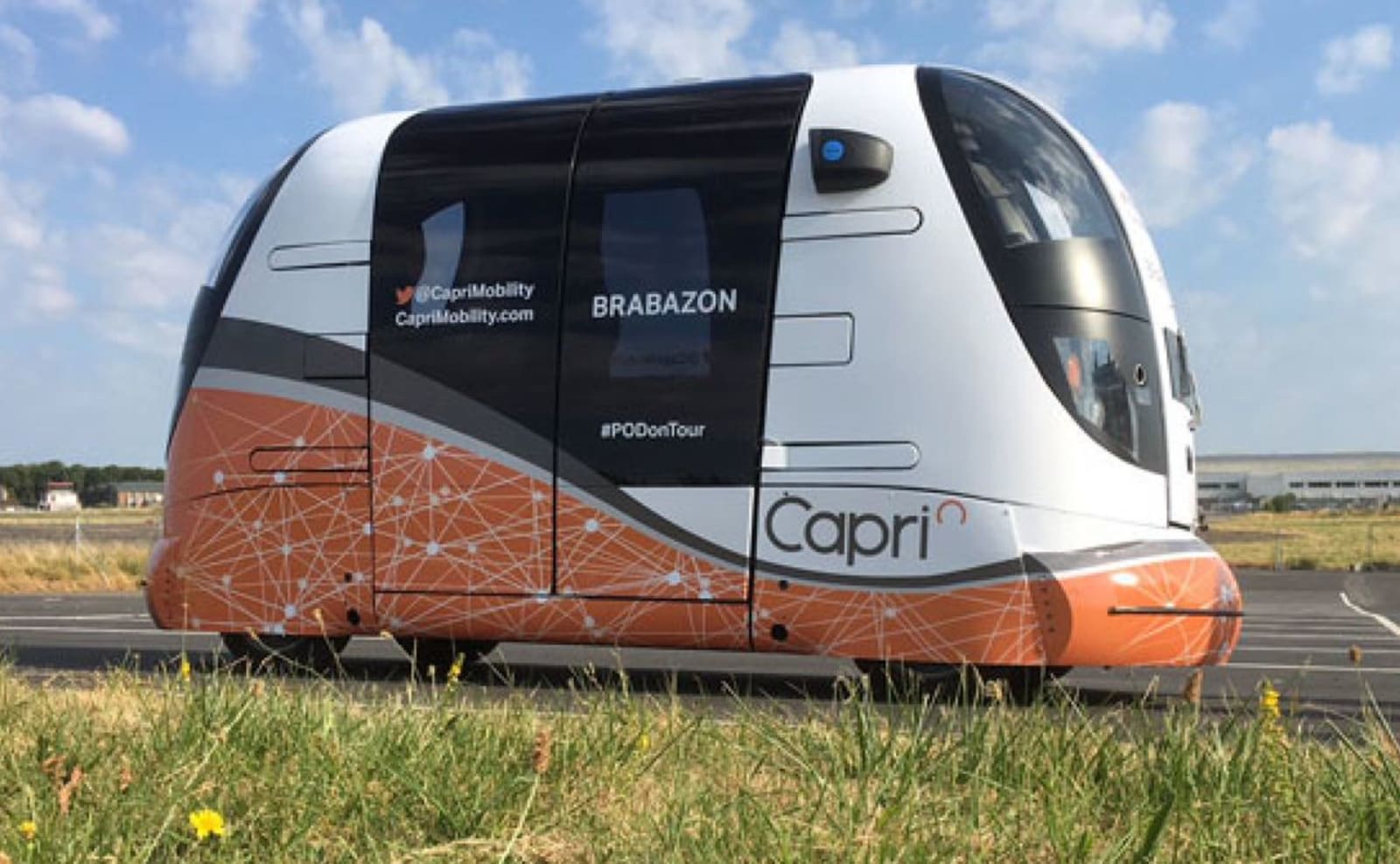 Shoppers at a UK mall have the opportunity to try out autonomous transport pods this week which -- in a UK first -- operate entirely without supervision. The driverless pods are being tested at the Cribbs Causeway mall in Gloucestershire, and run between 10AM and 4PM every day for a week, transporting passengers around the premises and along shared pedestrian spaces.

The project, called CAPRI, is being run by a consortium of businesses and academic institutions that hope to introduce this kind of transport system as standard to UK roads. But as George Lunt, technical director at infrastructure firm AECOM, said, "However, for this idea to fully develop, it is vital the public are on board and have the chance to experience a mobility service that can potentially transform the way they travel."

The pods use sensors, radar and vision processing to navigate areas crowded with pedestrians, push-chairs and bikes. As well as using the trial to iron out any technical issues, the researchers will be studying the public's reaction to autonomous transport, with the view to rolling out a trial on open public roads later this year.

This is not the first time this type of autonomous vehicle has been tested on UK soil. The GATEway project hit the streets of Greenwich back in 2016, while "Heathrow Pods" are operational at the UK's busiest airport. CAPRI, however, marks the first completely unmanned initiative, bringing us closer to a truly autonomous public transit system.

Via: Sky News
Source: Capri Mobility
In this article: autonomous, CAPRI, driverless, green, pods, public, tomorrow, transit, transport, transportation, UK
All products recommended by Engadget are selected by our editorial team, independent of our parent company. Some of our stories include affiliate links. If you buy something through one of these links, we may earn an affiliate commission.