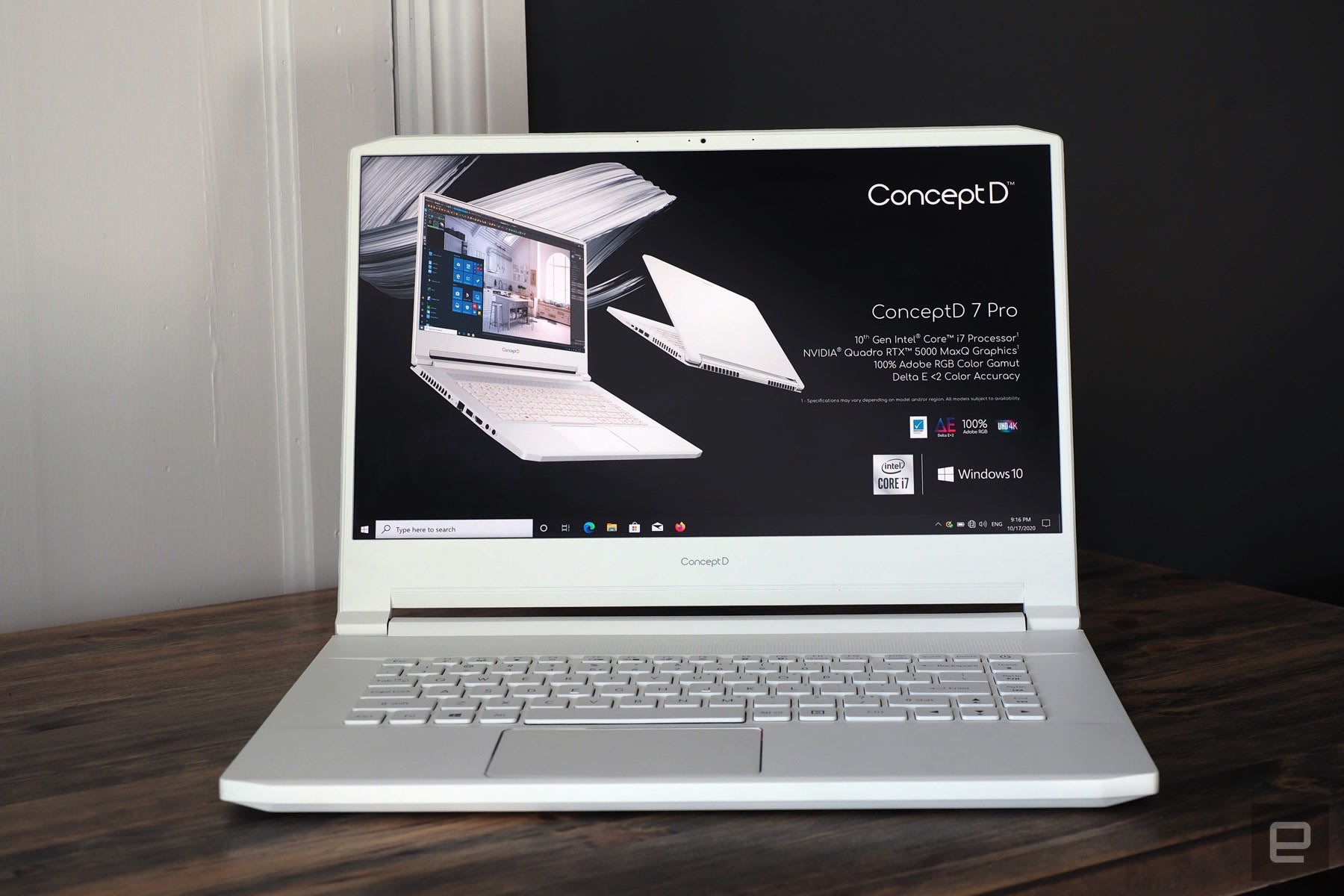 Acer’s ConceptD machines are aimed at graphics and video professionals who want and need power. Today, the company has added a mid-sized tower to its range of desktop PCs and updating its flagship laptops, the ConceptD 7 and 7 Pro. 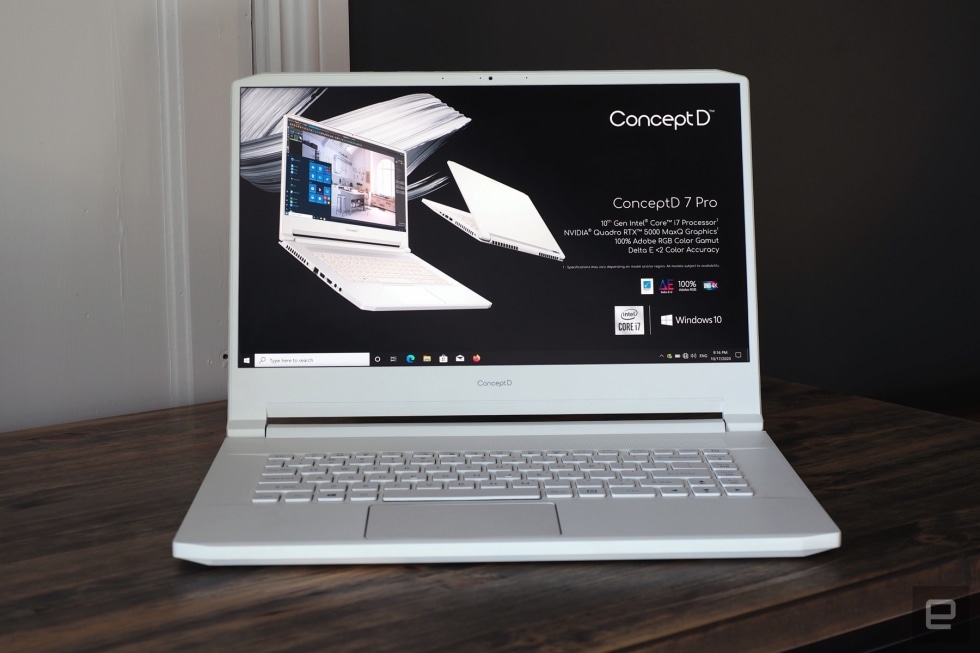 Both of the new 7-series laptops have been upgraded from ninth-generation Core chips -- up to a Core i7 -- to 10th generation. Alongside that, you’ll be able to opt for RTX 2080 Super graphics in the 7 or a Quadro 5000 in the 7 Pro, and both machines can be specced up to 16GB RAM.

As before, you’ll be staring into a beautiful 15.6-inch 4K IPS display which has been both Pantone validated and has a color accuracy of Delta E<2. (That means it’s only slightly less accurate at reproducing color than the human eye can see it, and a crucial feature for pro monitors). Connectivity-wise, you’ll get Ethernet, HDMI, USB 3.2 (x3), USB-C and Thunderbolt 3 ports.

Naturally, one of the biggest challenges with powerful graphics options like the RTX 3070 or Quadro 5000 in a laptop is keeping it cool. Acer says that a new “Vortex Flow” system with new vents on top and sides of the machine will keep things cool and quiet -- although we weren’t

The ConceptD 7 Pro is still a stylish laptop and, in my opinion, even some of its more counter-intuitive design cues work. Display chins, squared off-edges and a pretty thick chassis might be off-putting to some, but in person, these machines are charming. The white body, with a ceramic layer designed to protect it from yellowing, looks like something special.

On the desktop side, Acer already has ConceptD 100, 500, 700 and 900 series models in its range. Today, that early gap is being filled with the ConceptD 300, a mid-tower desktop aimed at those that needed more power. You can buy it with a 10th generation Core i7, GeForce RTX 3070 and up to 64GB RAM. Storage-wise, there’s room for a 1TB SSD and a 4TB HDD, depending on your need.

Acer says that the 300 series was built to combine power and performance without the usual problems of noise. Its redesigned intakes apparently draw enough air through the chassis to keep things cool, all while keeping the fan noise below 40dBA, less than the ambient noise you’d hear in a library. The machines are aimed at architects, 3D artists and video editors, alongside anyone else doing something “creative.”

There’s no date for the ConceptD 300’s arrival in the US, but the base model will cost €1,299 ($1,534) in Europe when it goes on sale in November. The ConceptD 7 and 7 Pro will arrive in the US in December, where the lowest-end models will set you back $3,299 and $3,499, respectively. We don’t know how much a fully tricked-out system will cost, but unless you run an architectural practice out of a converted warehouse, you probably can’t afford it.

In this article: Acer, ConceptD, ConceptD 7, 7 Pro, NVIDIA, Core, news, gear
All products recommended by Engadget are selected by our editorial team, independent of our parent company. Some of our stories include affiliate links. If you buy something through one of these links, we may earn an affiliate commission.