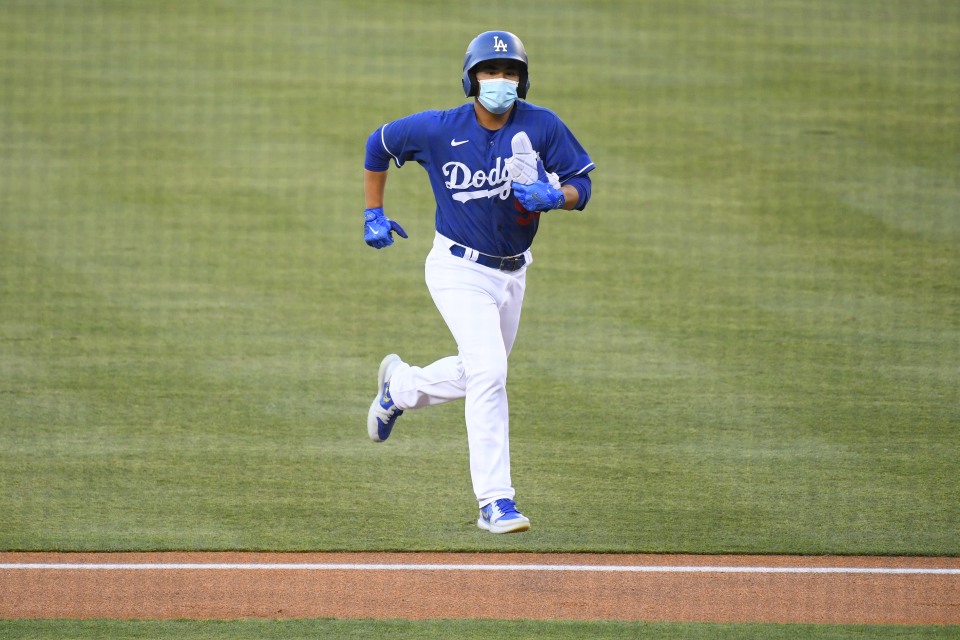 Major League Baseball is entering uncharted waters with the start of its COVID-abridged season today. Nobody’s really sure if the 60-game season will even be able to get through the World Series without disruption by the pandemic’s spread. However, one crowd-sourced AI system already has a pretty good guess as to who will be taking home the Commissioner’s Trophy.

The folks at Unanimous AI have been making high profile predictions like these since 2016, when their UNU platform correctly figured 11 of 15 winners for that year’s Academy Awards. In 2017, the company followed up by correctly guessing the Kentucky Derby’s top four finishers -- in order, no less -- and in 2019, correctly figured that the Houston Astros would make it to the series (though nobody could have seen the Nat’s miraculous postseason run coming).

“The fundamental core of our system is a technology that captures input from groups of people by connecting them together in real time using AI algorithms modeled after swarms,” Dr. Louis Rosenberg, Unanimous’ founder and chief scientist, told Engadget. To predict the outcome of the 2020 MLB season, Unanimous recruited 40 fans from around the country. “We captured their knowledge, wisdom, insight and intuition, in real time,” Rosenberg explained, “and allowed them to converge on these forecasts.” Those forecasts were then fine tuned using historical matchups and stats.

Unanimous’ baseball predictions last year were accurate roughly 59 percent of the time, a significant advantage over the 55 percent success rate that professional handicappers typically achieve against the Vegas bookmakers. “So far this year in other sports we've been doing we've been over 60 percent accurate,” Rosenberg noted. “So, we’re really happy with how the system is getting even more accurate.”

The wrinkle for this year, however, is that the season is only 60 games long, rather than the standard 162. “It's hard to know if that'll help us or hurt us,” Rosenberg conceded. ”Vegas will probably struggle a little bit more than usual this year because they base their forecasts so much on pure mathematical models and previous years of baseball. Whereas our technology does use historical data but it's also capturing a real time sentiment, the knowledge and wisdom and insight of people.”

As such, Unanimous AI expects the Dodgers, Yankees, Twins and Astros to all win their respective divisions by wide margins, though it will be interesting to see how the Astros manage to pull that feat off without the stadium’s crowd noise to cover up the sound of their trash cans banging. The National League East and Central divisions are much more competitive, with the Nationals and Cardinals expected to narrowly beat out their respective challengers.

Similarly, the company believes that the Dodgers will win the National league pennant and make it to their third World Series in four years. The Yankees have a similar advantage in the American League, though Atlanta, Minnesota, Houston, Oakland and Tampa Bay all appear in position to give New York a run for its money.

Should these predictions hold true, Unanimous’ AI predicts the Dodgers and Yankees will meet up for their 12th World Series faceoff. The Yanks have a chance to win it all for the first time since 2009 while the Dodgers might finally get to take home some hardware on their seventh try. That said, Unanimous did bet on the Astros winning out last year, just before the Nats caught fire and roundly pounded Houston over the course of sixty-three soul-cleansing innings.

In this article: Louis Rosenberg, Unanimous AI, mlb, World Series, artificial intelligence, feature, tomorrow
All products recommended by Engadget are selected by our editorial team, independent of our parent company. Some of our stories include affiliate links. If you buy something through one of these links, we may earn an affiliate commission.