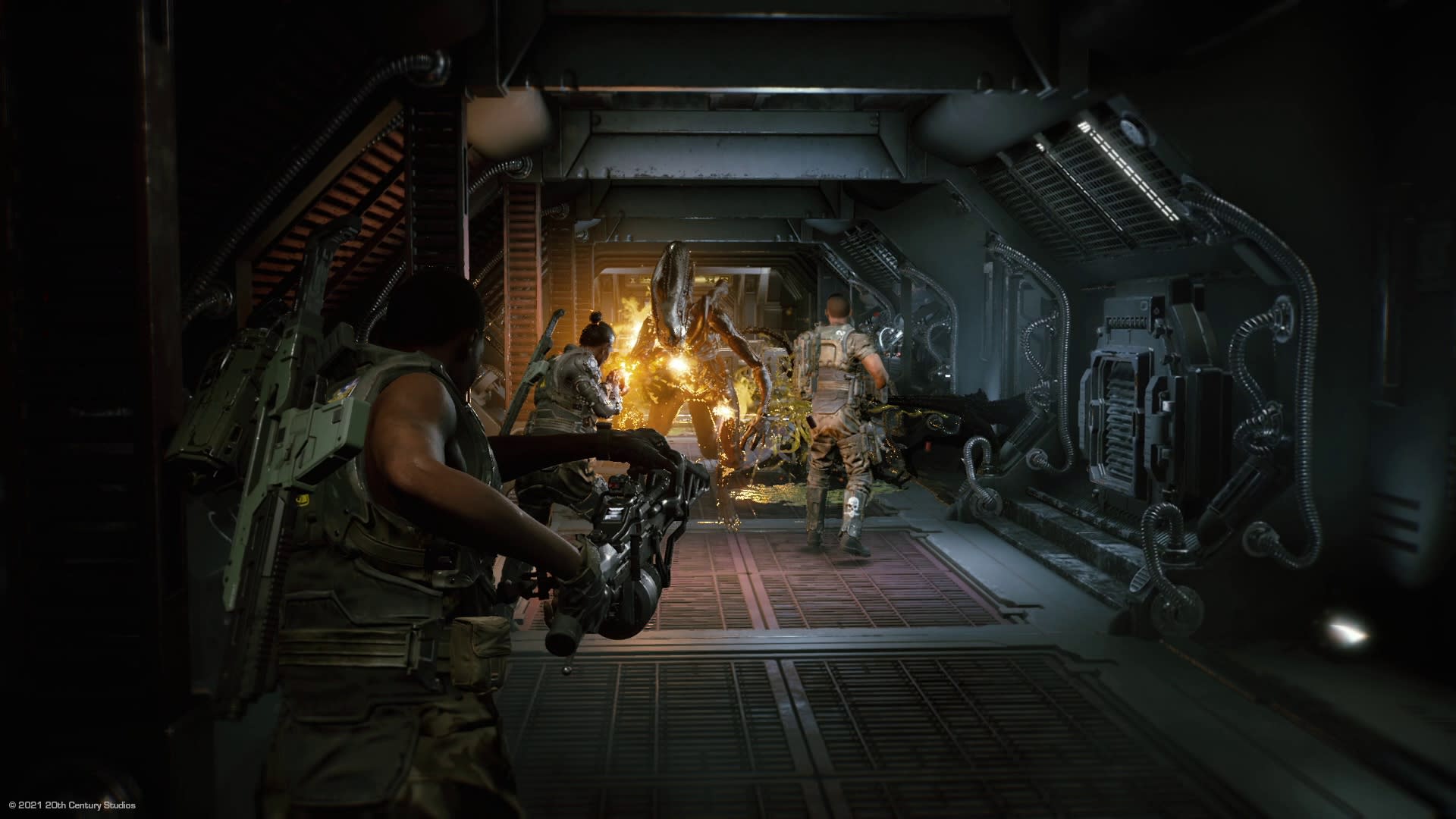 'Aliens: Fireteam Elite' is an arcade shooter for the online era

Remember Area 51? It feels like that, but for modern hardware.

There’s a moment in the 1986 Aliens film when Bill Paxton’s character, William Hudson, turns to his crewmates and says, "Man, it's a shooting gallery down there." After playing though the preview of Aliens: Fireteam Elite, I can say it feels like the developers really took this line to heart. Like, really.

Aliens: Fireteam Elite is an online, co-op, third-person survival shooter from Cold Iron Studios, and it’s been in development for the past six years. Cold Iron was actually bought and sold four times starting in 2018, bringing its mysterious Alien-based game along for the ride. In the end, Cold Iron has cut a deal with 20th Century Studios to self-publish Aliens: Fireteam Elite, and it’s due to hit Steam, PlayStation 4, PS5, Xbox One and Xbox Series consoles on August 24th, priced at $40.

I had the chance to play a preview build of Fireteam Elite that included access to two of the four campaigns, and four of the five character classes: gunner, technician, demolisher and doc (the final class is recon). Each campaign consists of three missions filled with AI-powered Xenomorph hordes, with three difficulty levels unlocked from the start. Every mission requires three players, and empty team slots are filled by bots named Alpha and Beta, which honestly end up functioning more like mobile turrets than actual teammates.

So, after playing hours of the preview with friends and bots alike, here’s my conclusion: Aliens: Fireteam Elite is a generic survival shooter with old-school arcade DNA. Fireteam Elite feels like an online, updated version of light-gun games like Area 51 or House of the Dead, complete with repetitive environments and sloppy hit boxes. The game is competent, but not dynamic. To put it simply — man, it’s just a shooting gallery down there.

To be fair, that’s what survival shooters are all about. Enter a new area, prepare your defenses, kill the swarm, rinse and repeat. The thing is, Fireteam Elite deploys this formula in such a rigid structure that missions quickly become predictable, no matter how many bugs show up. What’s more, the generic sci-fi environments blend together after a few playthroughs, and tricks like falling ceiling panels and sudden bursts of steam lose their effectiveness well before the first mission is over.

Fireteam Elite fails to build tension. With such a transparent gameplay structure, any feeling of pressure or horror has to come from the xenomorphs themselves, and frankly, they’re often not smart enough to make this happen. The swarms rarely feel unmanageable and the specialized xenomorphs, like spitters or jumpers, routinely behave in non-threatening ways. This unpredictability ends up being more adorable than scary. Plus, I have to note that my game crashed three times in about seven hours of play.

That’s not to say the AI is trash altogether. Cold Iron says it’s already resolved some of the movement issues the xenomorphs were experiencing in the preview build, and it really is impressive to see dozens of inky black aliens bounding down the hallway, each on its own path but out for blood, and the game is built around these moments. The xenos stumble around corners like dogs on a tile floor, and details like this add much-needed personality to the waves.

The game’s most exciting moments come at the end of each mission, during the final swarm. These are long standoffs with waves of xenomorphs, including spitters, prowlers, bursters and giants that hunt down a single crew member at a time. I’ve found the technician and doc to be particularly useful in these moments — the technician has a turret that recharges after it’s been destroyed and shock grenades to keep the xenomorphs at bay, while the doc has an incredibly handy healing circle.

This is where the most strategizing takes place, even if it is mostly just turret talk. There are chests containing consumable weapons, health and on-demand ammo refills at each final battle, meaning your whole team will start off well-equipped and they’re free to spray and pray. This is good, considering the reticles on most of the weapons are generous, and crowd control is the name of the game, not accuracy.

There are a few bright spots in Aliens: Fireteam Elite. The soundtrack is a James Horner-inspired orchestral situation and it’s a constant reminder of the game’s cinematic 1980s roots; it does a lot of heavy lifting when it comes to setting the mood. Plus, the game’s RPG elements — including character, loadout and weapon customization, and challenge cards — add a necessary layer of depth to otherwise straightforward missions.

I wasn’t expecting Fireteam Elite to be as narrative-driven as the films or as moody as Alien: Isolation, but I had hoped for something like Left 4 Dead meets Dead Space, and this ain’t that. Instead, Aliens: Fireteam Elite feels like a theme park ride in video game form. The monsters aren’t really threatening, but the crowds certainly are. And, of course, it’s more fun with friends.