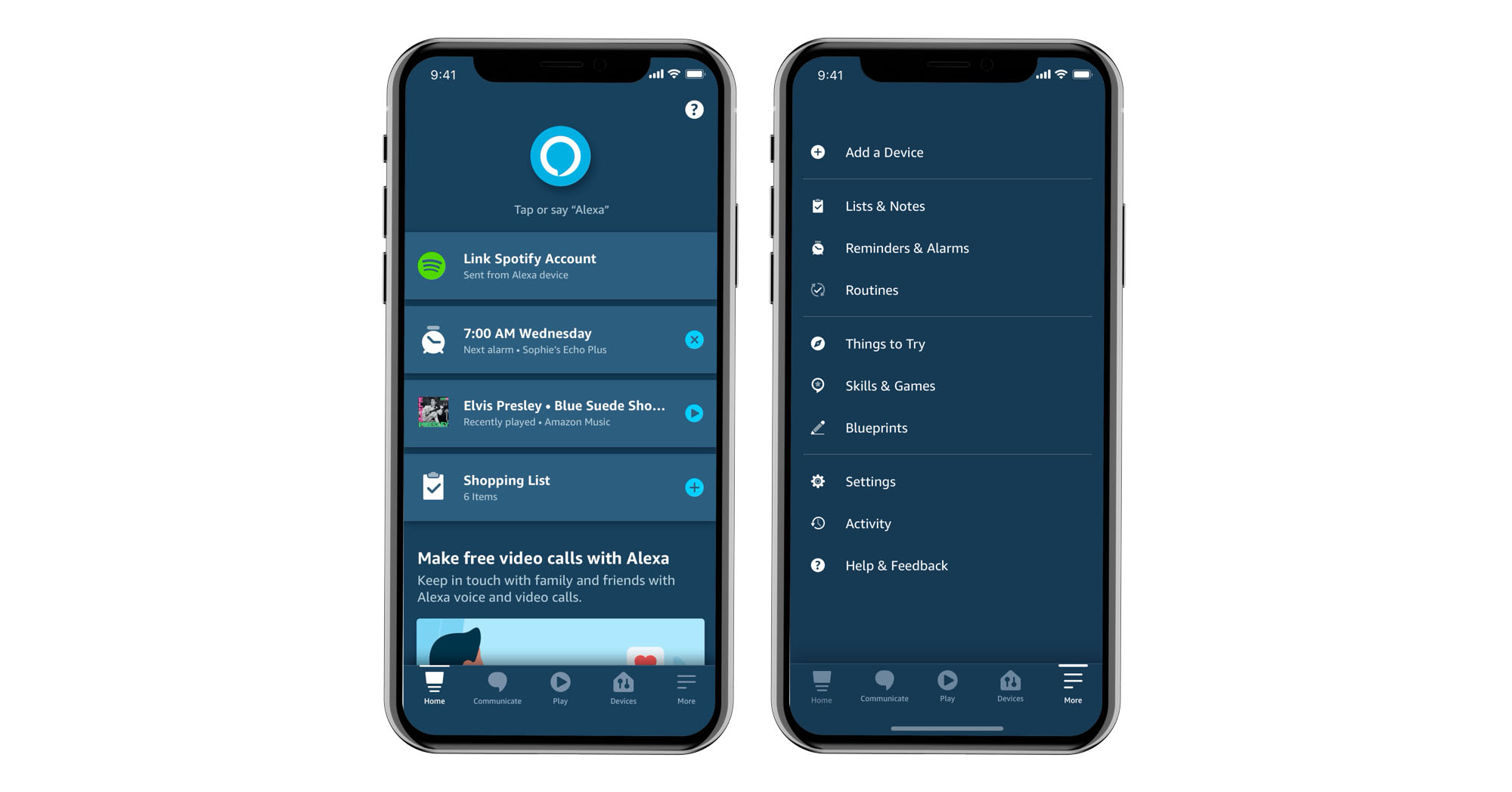 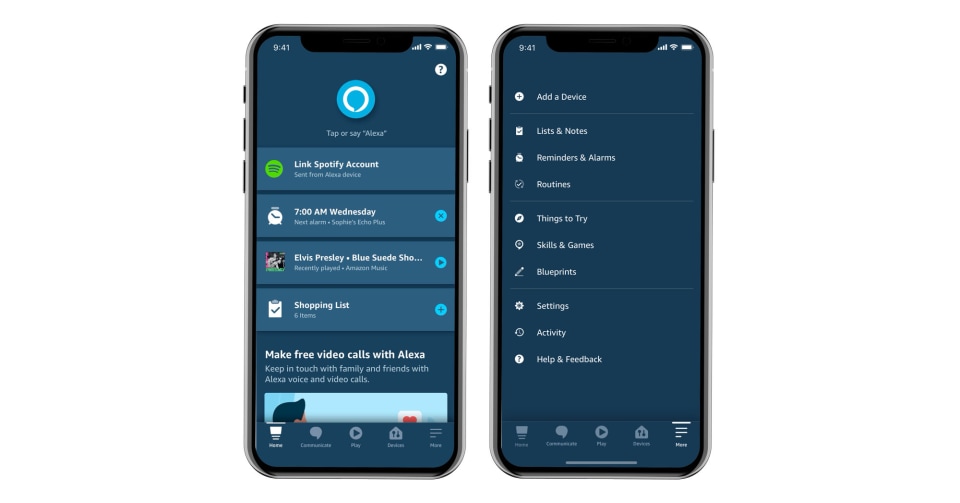 Amazon’s Alexa app is finally getting a much-needed revamp. Starting today, the Alexa app will have a whole new home screen with updated navigation that highlights Alexa-centric skills and a more personalized experience. Third-party skills have also been moved off the main screen in favor of more first-party features.

The main screen will now have personalized suggestions based on your Alexa usage. So if you use Alexa to play music a lot or control your smart home, you’ll see those commands prominently featured on the screen. According to Amazon, customers will see controls for currently active features, so you could, for example, adjust the volume level for the Echo Buds right then and there. First-time users, on the other hand, will see suggestions on how to get started with Alexa, as well as how to use other Amazon services like Amazon Music or how to add to their Amazon shopping list.

The Alexa button is now on the top instead of the bottom, which Amazon says will make it easier to find. Additionally, you can also just say “Alexa” to activate it hands-free, which is a feature that was announced earlier this month.

The “More” button has also been upgraded from a nondescript hamburger menu on the top left to an actual placement on the main navigation bar. Here is where you would go to gain access to features like Reminders, Routines, Skills, Settings and more.

Amazon is rolling out this feature over the next month, and expects everyone to have it by late August. The update is available for Android, iOS and the Fire OS.

In this article: Amazon, Alexa, news, gear
All products recommended by Engadget are selected by our editorial team, independent of our parent company. Some of our stories include affiliate links. If you buy something through one of these links, we may earn an affiliate commission.