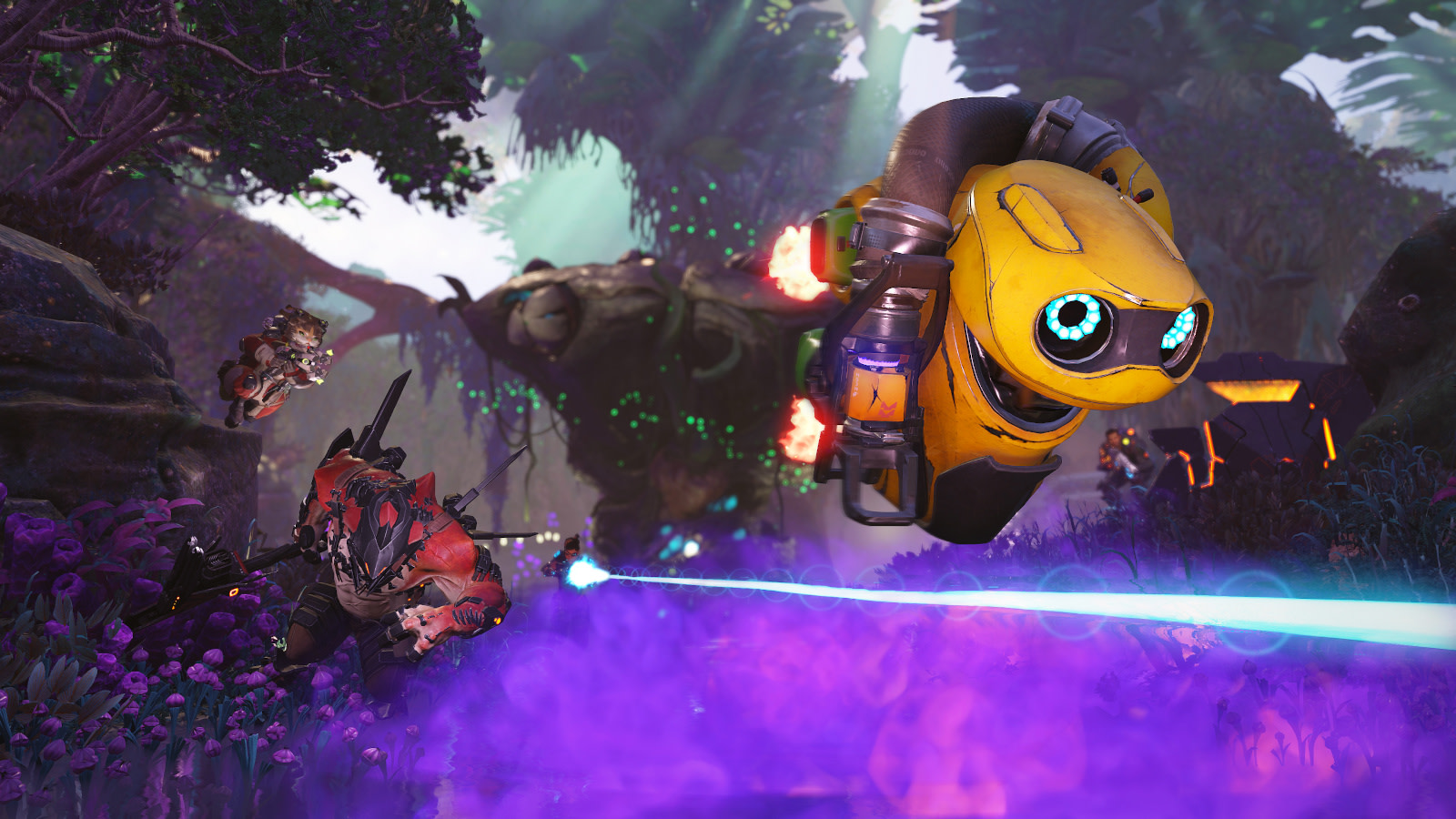 Amazon Games has officially launched Crucible, one of the two titles it’s been planning to release this year. The free-to-play third-person shooter is now available on Steam, and logging in before 11:59 PM PST on June 1st/2:59AM EST on June 2nd will earn players 1,000 in-game Credits for free.

Crucible has 10 hunters to choose from at launch, including robotic botanist Bugg (pictured above), who’s the game’s obvious poster child. Each hunter has their own weapons and abilities that they must use to defeat not just opponents, but also the planet’s flora and fauna.

The game has also launched with three game modes. “Heart of the Hives” is a 4 vs. 4 battle mode against giant boss Hives that spawn throughout the world, while the “Alpha Hunters” mode pits eight teams of two against each other. Finally, in “Harvester Command” mode, two teams of eight battle to capture and activate essence harvesters across the map.

Amazon Games has also kicked off an 8-week Pre-Season period for the game, allowing players to learn skills and hone strategies before Season 1 begins. Early players can use the 1,000 Credits they earn to redeem in-game items, as well as a Pre-Season Battle Pass for 950 Credits. Crucible is now out for North American players, with other regions to follow. Those who aren’t quite into shooters and prefer RPGs, however, may want to wait for New World, Amazon’s MMORPG that’s scheduled for launch on August 25th.

Crucible is now available to North American players. Players across the world will be able to play soon. We'll keep you updated!

In this article: Amazon Games, Crucible, news, gaming
All products recommended by Engadget are selected by our editorial team, independent of our parent company. Some of our stories include affiliate links. If you buy something through one of these links, we may earn an affiliate commission.