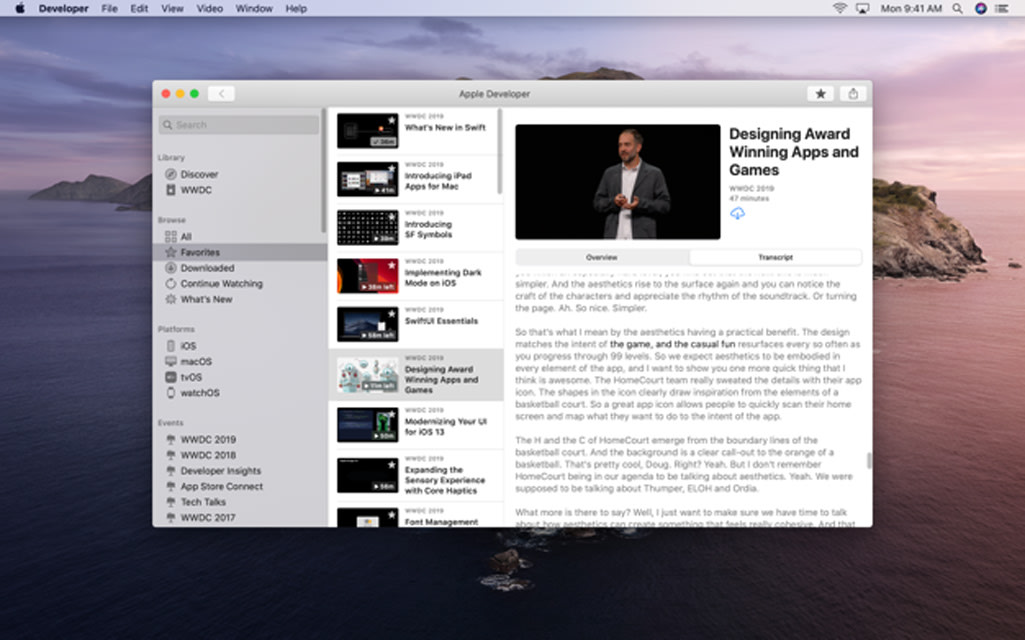 WWDC 2020 is looming, and Apple wants to be sure developers can keep track of new developments even though they’re stuck at home. It just released a Mac version (first spotted by The Verge) of its normally iPhone- and iPad-focused Apple Developer app to provide news, developer stories and educational videos from the same system you’re using to write your apps. You can see any major changes with a given OS or play a past WWDC session to better understand a feature that’s been around for a while.

Apple is promising a Mac-native interface — this isn’t just a blown-up iOS app. And yes, you can pay for a $99 Developer Program membership directly from the app. This may not be as important as the other versions when you can check much of this information on the web, but it may be helpful if you’d rather not launch a browser and risk distraction when you’re looking for some help with a project. If nothing else, it’s an appropriately-timed release when there are rumors of a CPU architecture transition for the Mac beginning at WWDC this year.

In this article: Apple, Mac, macOS, developer, developers, apps, App, programming, Software, iOS, iPadOS, tvOS, watchOS, news, gear
All products recommended by Engadget are selected by our editorial team, independent of our parent company. Some of our stories include affiliate links. If you buy something through one of these links, we may earn an affiliate commission.