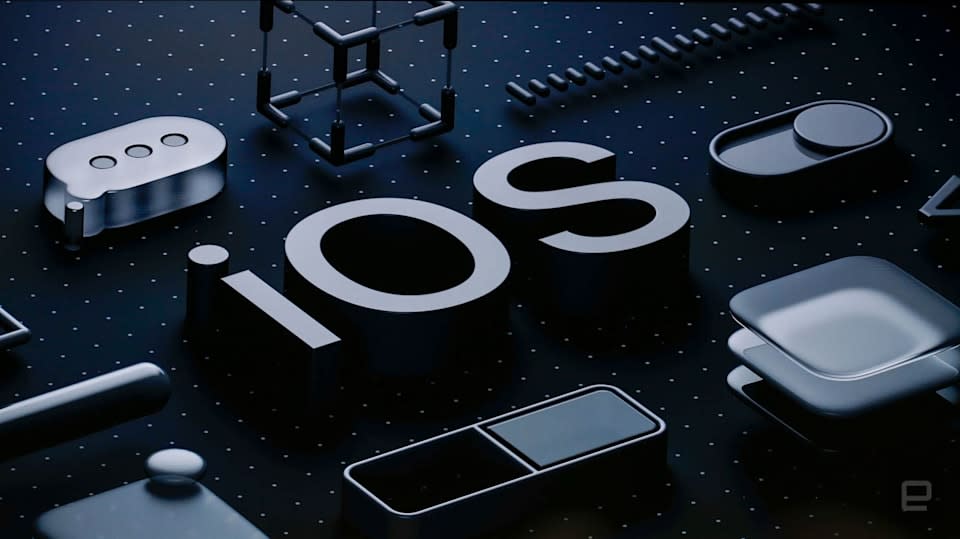 New hardware? Loaded iOS updates? A new future for Macs? It's all possible.

2020 has been weird for about a thousand different reasons, but some of tech's biggest players are doing their best to stick to business as usual. In Apple's case, that means ensuring its Worldwide Developer Conference -- a fixture on the company's calendar since 1987 -- went on as usual. (Or at least, as "usual" as things can be right now.)

Like Microsoft did with its software showcase last month, Apple's once-massive conference has gone online-only this year, beginning with a live-streamed keynote starting at 10 AM Pacific/1 PM Eastern on Monday, June 22. We'll be covering the biggest news live like we always do, but this year's event already seems especially loaded. In fact, for reasons having nothing to do with COVID-19, we could be looking at one of the most impactful WWDCs ever. Since we're expecting so many high-profile announcements, we've put together this guide to help prep you in advance.

Big changes for iPhones and iPads

Apple always devotes a big chunk of its WWDC keynote to new iOS news, and with good reason: It powers the vast majority of the company's 1.5 billion active devices. And for the first time in years, it appears that Apple is getting ready to change some of the most basic facets of the iOS experience.

Take the way iOS looks, to start. The classic grid of apps isn't going anywhere, but 9to5Mac reports you'll also be able to view an Apple Watch-inspired list of all your installed apps. Even better, you'll apparently be able to sort them too, making it easier and faster to get to apps that, say, have unread notifications. And proper, movable widgets -- which Android users have been using since the beginning -- could be part of iOS 14 as well.

Apple experimented with adding widgets to the home screen starting with the first iPadOS release last year, but the most you could do with these was pin them to the side of the screen. If the rumors hold, iOS 14 may let you place those widgets wherever you want. This might sound minor, but trust us -- it's a big deal. Apple's approach to laying out installed software on your home screen hasn't changed since the early days of iPhone OS, after all.

There's at least one other sign that Apple is rethinking its old conventions. Mark Gurman at Bloomberg reported earlier this year that the company is considering letting people set third-party apps as the default for actions like writing emails and web-browsing, rather than Mail and Safari. The move would be great news for Apple's power users, but make no mistake: If this happens, it would likely be because of the heightened antitrust scrutiny the company faces from US lawmakers and the European Union. (Just don't expect Tim Cook to dwell on that too much that onstage.) Curiously, the conversation around this move has died down since Bloomberg broke the news in February, so we'll just have to see how things play out.

Beyond all that, Apple has been working on several updates to its slew of preloaded iOS apps. According to MacRumors, Apple is working on a "mention" system for iMessage so you can nudge specific people in your group chat, as well as the ability to retract your messages after you've sent them. Safari may automatically translate websites in other languages, much like Chrome does now.

Some reports also suggest we're getting new first-party apps this year, like an augmented reality project code-named "Gobi" that displays information when pointed at an Apple-made QR code. Apple has reportedly between working with brands like Starbucks on early demos, one of which signs people up for the coffee chain’s loyalty program. The details are pretty thin at this point, and we probably shouldn't be spending too much time in stores with strangers anyway, but thankfully Apple’s AR push doesn’t end there. Remember the revamped "Find My" app that debuted in iOS 13? A crucial update this year should allow you to use augmented reality to help track down lost devices.

Apple might also reveal a new Fitness app that allows people to download guided workout videos, which seems like a handy way to help users work out while sheltering at home and potentially siphon revenue away from services like Peloton and Nike Training Club. (You know, since services are so important and all.)

And just to top it all off, 2020 might also be the year you start unlocking your car with your iPhone or Apple Watch. The code for this "CarKey" feature has already been spotted in recent builds of iOS 13, which suggest it'll be introduced well before iOS 14 ships later this year. That said, 9to5Mac spotted other references in a leaked version of iOS 14 that suggest BMW will be the first carmaker to embrace this feature.

Apple's iOS serves as the foundation for iPadOS, so the additions we just went over will make their way to the company's tablets, too. That said, a few oft-rumored changes could be particularly important to iPad users. References to new Mac-style cursors spotted by 9to5Mac in leaked iOS 14 code mean people who want to use their iPads with mice or trackpads may be in for a more desktop-like experience. That push to capture a more "traditional" kind of computing feel also explains iPadOS's support for new trackpad gestures, like a two-finger tap to right-click.

Thanks to a new framework called PencilKit, Apple's smart stylus may soon become much more flexible as well. Rumors suggest that come iPadOS 14, you'll be able to physically write in any text field with the Apple Pencil -- from there, iPadOS will recognize your handwriting and convert it into traditional text, much like Samsung's Galaxy Note already does.

If Apple sticks to its usual plans, developers — or people who just pay for developer accounts — will be able to install previews of both new updates shortly after the keynote ends. Just a friendly reminder to those of you thinking of taking the plunge: Be sure to backup everything and resist the urge to install it on your daily driver if you can.

Apple's watchOS 7 update is shaping up to be a big one, if perhaps not as big as iOS 14. New software always means new watch faces, and we're slated to get designs based on flags from around the world. Perhaps more important are new features like the so-called Kids Mode, which lets mom or dad manage their child's Apple Watch in addition to their own from a single iPhone. Understandably, those parents get full control over the apps, complications, contacts, and music their little ones get access to throughout the day. While Kids Mode sounds fairly nuanced at this point, there's no reason to believe that Apple is gearing up to release a child-focused Apple Watch to take on Fitbit and Garmin.

Also on deck for the watchOS 7 update are a slew of health-related additions. After years of waiting, proper sleep tracking is expected to make its debut in this update, as will a tool to measure a user's blood oxygen levels. (Low blood oxygen can be indicative of asthma, heart conditions and pneumonia, among many other concerning medical issues.) We've also heard that the Apple Watch's electrocardiogram feature will be more accurate when a wearer's heart is beating too quickly. As someone who got a handful of "inconclusive" ECG results from an Apple Watch while experiencing my first atrial flutter last year, believe me when I say this extra nuance is much appreciated.

There hasn't been a whole lot of noise about macOS this year, and for once, that might be because Apple's Mac hardware announcements are far more important. We're not just talking about that new, heavily rumored iMac either, though it’s supposed to get a notable overhaul in 2020. Apple reportedly gave the all-in-one its first major design overhaul in years, with a nearly bezel-less design in line with the iPad Pro or its expensive new Pro displays. Those curious Fusion Drives may get the boot in favor of more conventional SSD storage, and leaker Sonny Dickson alleges Apple is running with one of AMD's Navi GPUs. Fair enough.

If there's one bit of news to keep your eyes peeled for at WWDC, though, it's Apple's rumored switch to ARM-based processors. For the non-Apple historians out there, this would be the company's first major architecture switch since early 2006, when it officially moved away from its long-running PowerPC chips to Intel's popular, multi-core CPUs. Apple's reliance on Intel, while seemingly fruitful, has meant that the timing and computing priorities of new Mac hardware weren't purely within Apple's control. This changeover could fix all of that.

Based on what we've seen from Apple's stupidly fast iPad Pro chipsets, the A12X and A12Z, it doesn't seem like pure horsepower will be the problem. (When I reviewed the most recent iPad Pro, it trounced my work MacBook Pro in tasks like video transcoding and rendering.). But if Apple really is going all ARM across its Macs, it needs to give developers time to get ready for change. WWDC would give developers their first chance to assess how difficult it would be to get their macOS apps running on Apple's new chips. Best case scenario, a few tweaks and a recompile should do it. Worst case, the process proves arduous enough to seriously delay new versions of those apps or some developers might decide it’s simply not worth the hassle.

For now, we'll just have to wait and see what kind of tools and support Apple can trot out. One thing is clear, though: This kind of transition doesn't just happen overnight or behind the scenes. We're going to see this transition -- and whatever fallout that may come with it -- play out very publicly for a while.

As always, there's a laundry list of products people suspect -- or just hope -- Apple will unveil at WWDC. This year, that list includes AirTags, Bluetooth tracking devices much like the popular Tiles that were first sniffed out in early versions of iOS 13's code. Since Apple is expected to delve into some of the Find My app's augmented reality features, it would make sense if the company allowed people to locate more than just their AirPods, phones and computers. We're keeping our fingers crossed for these.

When you consider all the reports claiming Apple is working on a smaller, cheaper version of its also-ran HomePod smart speaker, the WWDC keynote starts looking like a credible time to announce it. After all, the company unveiled the original model during that very same press conference in San Jose three years ago. While that may wind up being the case, we're not holding our breath -- a supposed Apple TV refresh with more storage one of the newer iPad Pro's chipsets seems a bit more likely. And those rumored, over-the-ear AirPods Studio? It's a safe bet they're happening this year, but they seem like a better fit for Apple's splashy September launch event than a mid-summer developer conference.