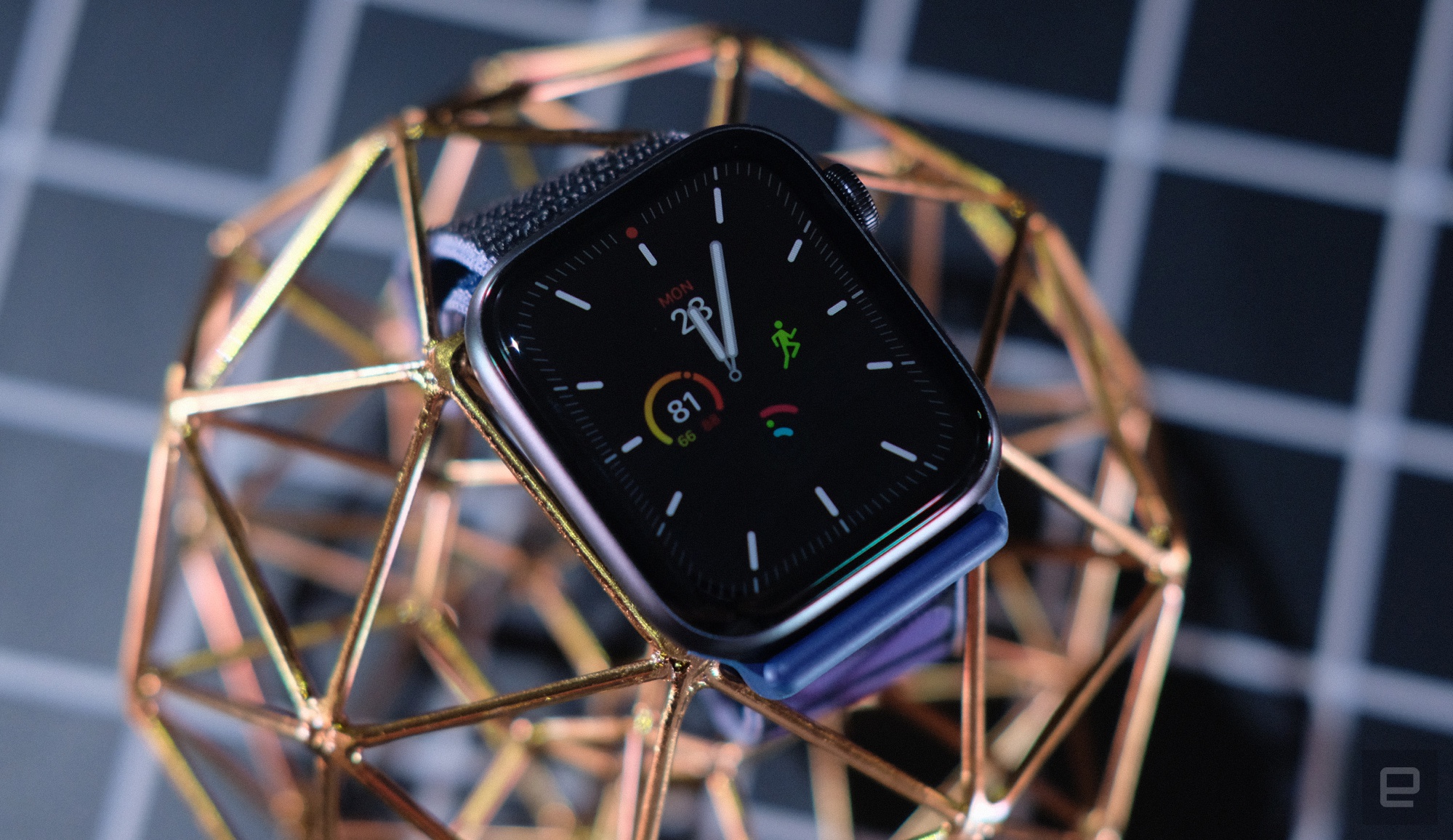 The Apple Watch Series 5 is on sale today on Amazon. The starting price for the GPS model has dropped to $300, and the GPS + cellular model is starting at $400. That’s a $100 discount on both. We’ve seen these prices before, but they are the lowest that Amazon has offered for either version, and it’s rare to see both models on sale at the same time.

When the Series 5 arrived last fall, we gave it a score of 88. Its bright screen and always-on-display are big selling features. When your wrist is lowered, the screen will show a dimmed and modified version of whatever watchface you have. This should allow you to discreetly glance at the time. The feature is powered by a new technology: low-temperature poly-silicon and oxide display, or LTPO, and it’s engineered to avoid draining your battery.

The Series 5 has a few other perks like a built-in compass, international emergency calls on the cellular model and generally fast performance. This model does look identical to the Series 4 and there isn’t a huge performance upgrade. Compared to its predecessor, there isn’t any battery life improvement, third-party watchfaces or new fitness features. So, if you already have the Series 4, this probably isn’t the time to upgrade.

That said, if you have been waiting to buy an Apple Watch, or if you’re looking for a Father’s Day gift, this is a great deal on the latest model. Best Buy is matching the sale, so you can take advantage of the discount there, too.