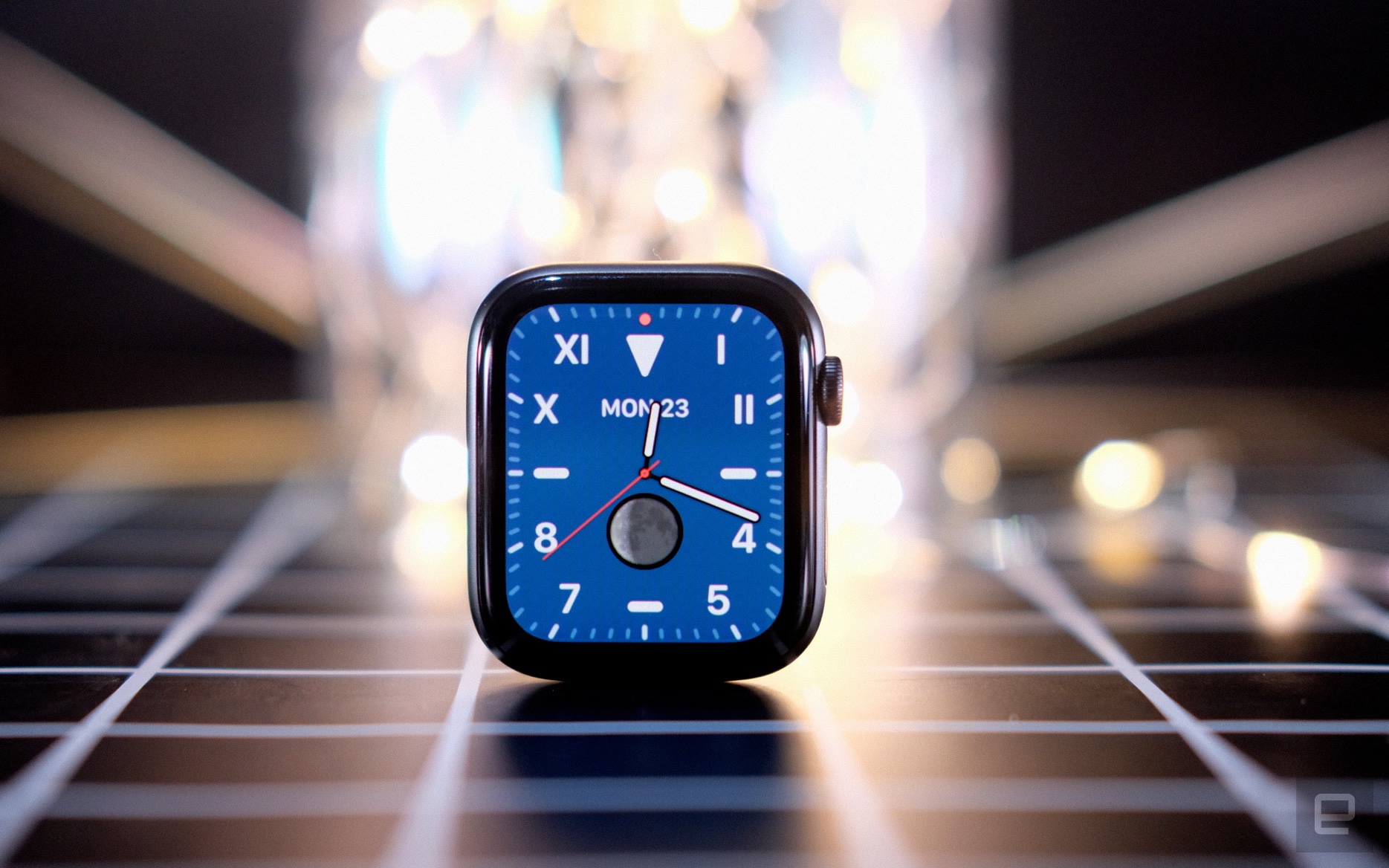 The latest Apple Watch, the Series 5, is on sale at Best Buy today. The 40mm model starts at $350, and the 44mm version is $380. That’s a $50 discount off of their normal list prices. We don’t see the Series 5 go on sale often, and this is the lowest sale price we’ve seen (though it’s not the first time we’ve seen it). So while this isn’t a huge savings, it’s probably the best you’ll get for the newest Apple Watch.

Apple debuted the Series 5 in September, and we gave it a score of 88. At first glance, it looks nearly identical to the Series 4, but it has a couple features the previous Apple Watch models didn’t, including an always-on display, built-in compass and international emergency calling.

Thanks to the always-on display, when your wrist is lowered, the screen will dim to a low level but still show a modified version of the watchface you choose. This means you’ll be able to discreetly check the time without emitting a beam of light from your wrist. And the low-temperature poly-silicon and oxide display (LTPO) minimizes the refresh rates, so the always-on feature shouldn’t drain your battery.

Speaking of battery, Apple rates the Series 5 at 18 hours of use. That’s the same as the Series 4, but you might be able to get a little more power on days when you’re not exercising.

The other standout features are a built-in compass and emergency international calls. Sure, you can get the standalone Compass app on other watches, but on the Series 5, the built-in compass adds a bit more functionality to, say, Apple's own maps app, or certain third-party apps like Yelp. And the rectangular button on the side, which you could hold down to make emergency calls on the Series 4, now works when you’re abroad, too.

If you already have an Apple Watch, the updates made to the Series 5 are probably too minor to make an upgrade worthwhile -- especially because watchOS 6 does a pretty good job of leveling the playing field. But if you’ve been thinking of buying a new Apple Watch, this $50 discount might make the newest version that much more appealing.

In this article: thebuyersguide, engadgetdeals, commerce, apple watch, series 5, best buy, discount, always-on display, compass, news, gear
All products recommended by Engadget are selected by our editorial team, independent of our parent company. Some of our stories include affiliate links. If you buy something through one of these links, we may earn an affiliate commission.