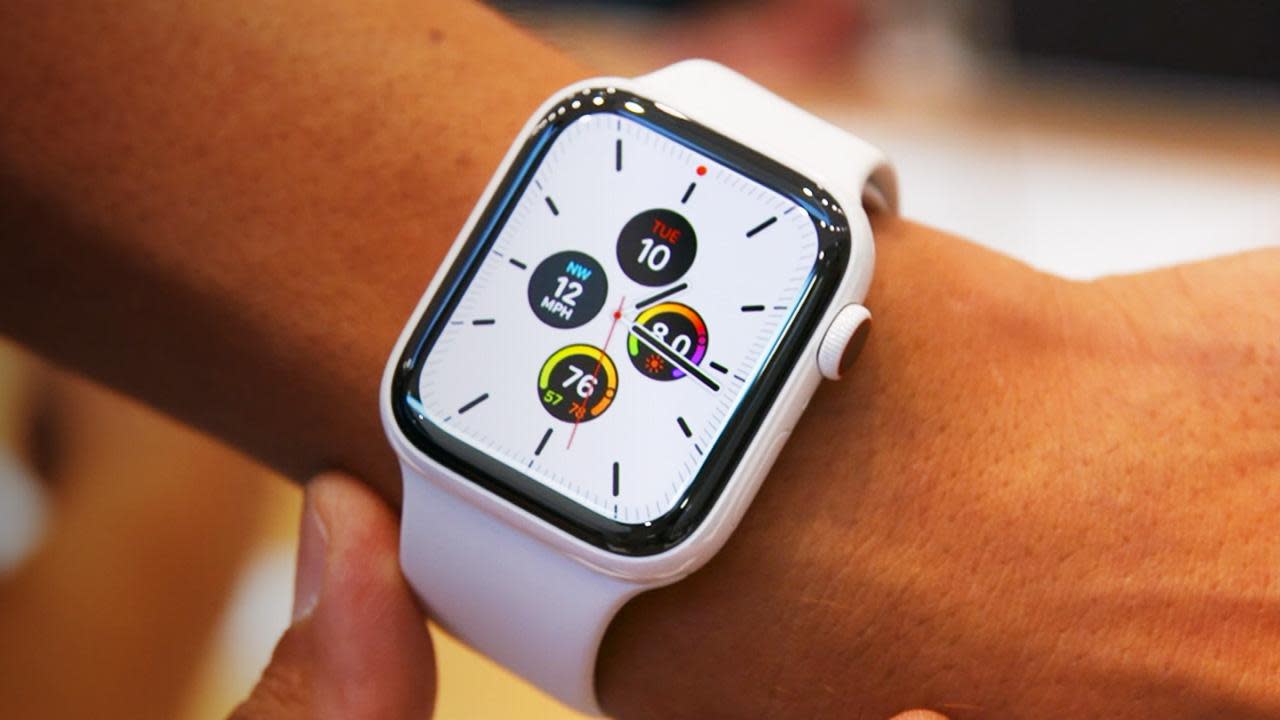 Apple just unveiled the newest Apple Watch (we're up to the Series 5 now) and -- I mean this in the nicest way -- but there isn't much to see. Whereas last year's model, the Series 4, ushered in a new, larger screen and a built-in electrocardiogram test, the differences in the Series 5 are difficult to notice at a glance. Chief among them: an always-on display that's constantly visible at dim brightness, but that wakes up to a fuller brightness when you tap it. 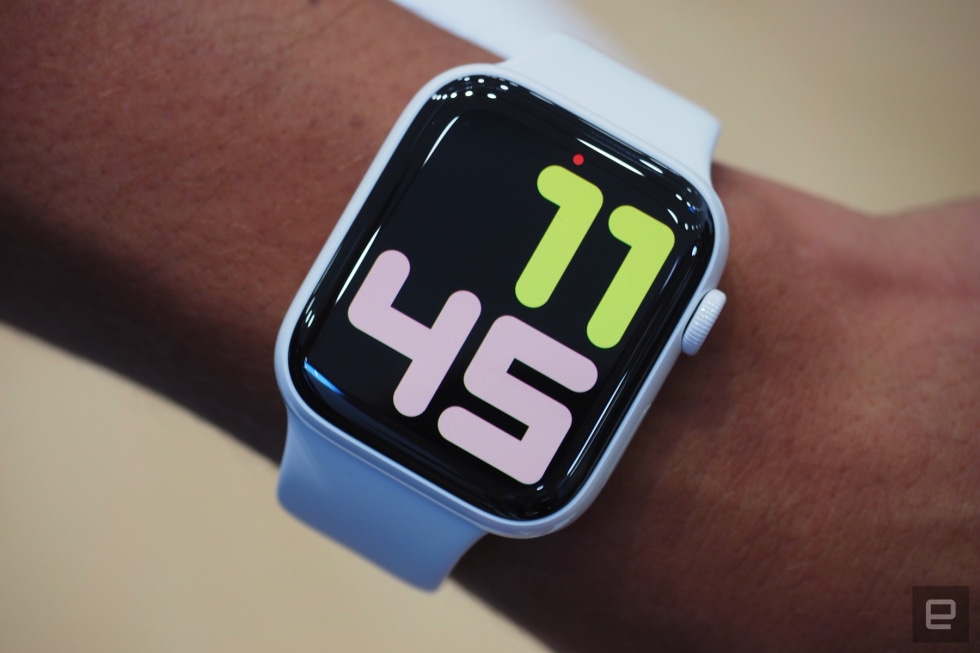 As Apple tells it, someone might want this feature when it would be difficult, or perhaps rude, to raise a wrist. Maybe you're in a meeting and raising your hand would be a dead giveaway you're bored. Or maybe you're doing pushups and, by definition, can't lift your wrist. For my part, I enjoy that my Apple Watch isn't always lit up -- it helps reduce distractions and, to the best extent possible, blends in better when the screen is dark. (There's of course no disguising you have a computer strapped to your wrist.) Fortunately, if you feel as I do, an Apple spokesperson confirms that it is possible to disable the always-on feature. More options are a good thing, I say.

Despite this always-on display, Apple claims that battery life on the Series 5 is about 18 hours, which would be similar to the Series 4. This, of course, is not something I was able to test in Apple's post-keynote demo area, but it's something you can be sure we'll address in our eventual review.

There's also a Compass app that can show you you latitude, longitude, elevation and incline. You can find all of that in a standalone app in watchOS 6, but the feature is at its best when it's integrated into other apps. Open Apple Maps for instance, and you can see your location and what direction you're facing. Or if you find a restaurant on Yelp, you can make sure that you're headed where you should be from the app.

I saw a brief demo of the compass in Apple's Steve Jobs Theater, where the company held today's keynote. The demo area is one level below ground, which bodes well for indoor use, I'd say. I'm sure the compass is at its best outdoors, which is where it will probably be used most often anyway. But today's showing makes me curious to try it in an unfamiliar metro station. How far underground can it work effectively?

Beyond that, this is the Apple Watch you know well by now, just with some new bands and finishes. There's the screen, available in the same two sizes (40mm and 44mm). The Digital Crown is where it's always been (the upper right edge). Below it is that rectangular button you'll use less frequently, though Apple did announce today that you can now use it for international emergency calls on cellular models (i.e., not just in the country where you purchased and activated it).

I did take care to photograph the newly reintroduced ceramic model (the bright white one), because it's been years since Apple offered a ceramic Apple Watch. In the included gallery, you'll also see the latest Hermes Watch, complete with its own bands and watchface.

The Series 5 starts at $399 for the basic, no-cellular, GPS-only aluminum model. With cellular, the price rises to $499. In aluminum, you have three color options: silver, gold and space gray. That aluminum is now 100 percent recycled, by the way, not that that's obvious from looking at it. The stainless steel model starts at $699 and is available in what appear to be three color variants: one I'll just call metal, plus gold and space black. Titanium starts at $799 and also appears to come in space black and a more raw metal presentation. Lastly, the ceramic model starts at an eye-watering $1,299. All are up for pre-order today and ship September 20th.

In this article: apple, apple watch, apple watch series 5, gear, iphone2019, series 5, wearables
All products recommended by Engadget are selected by our editorial team, independent of our parent company. Some of our stories include affiliate links. If you buy something through one of these links, we may earn an affiliate commission.