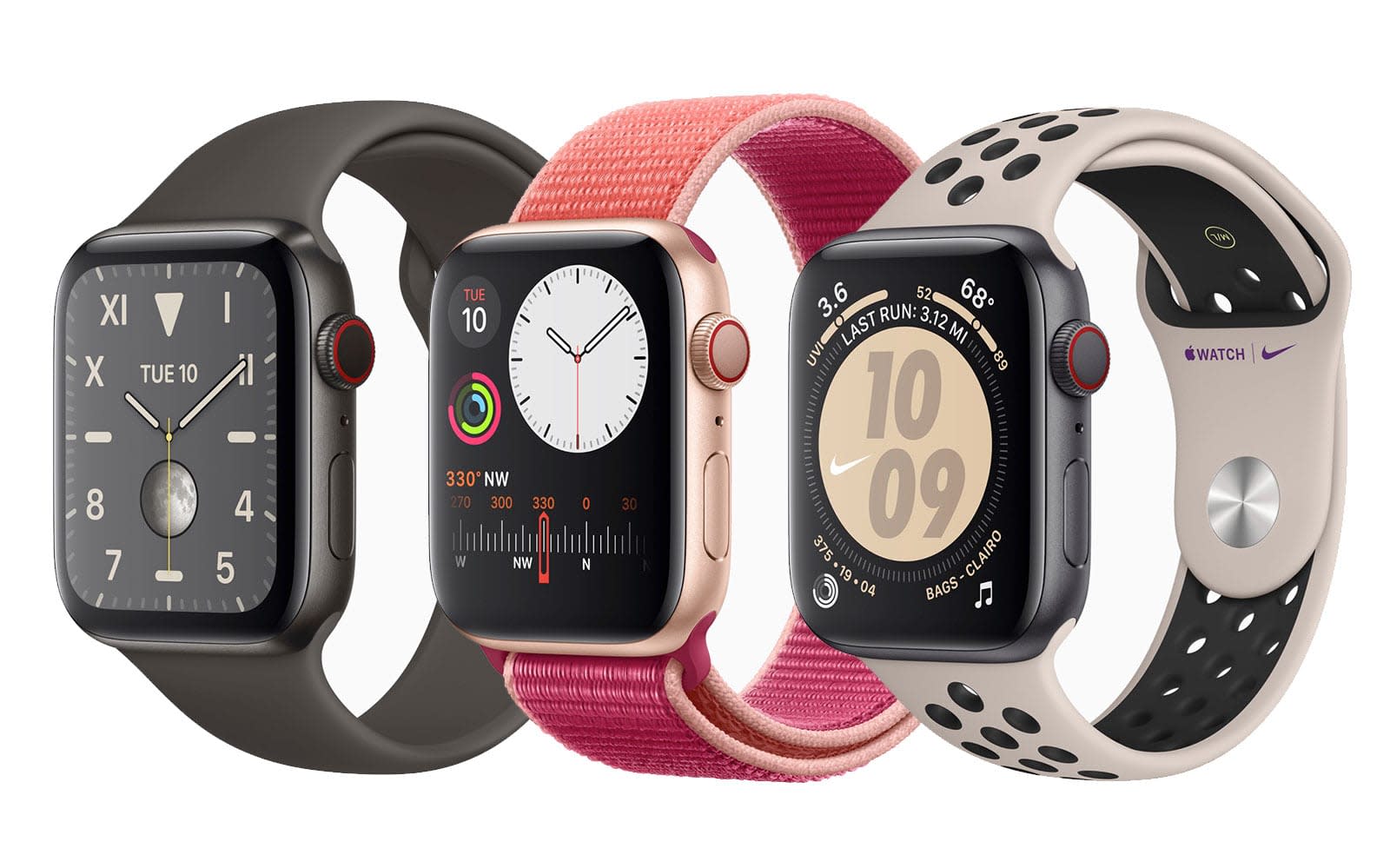 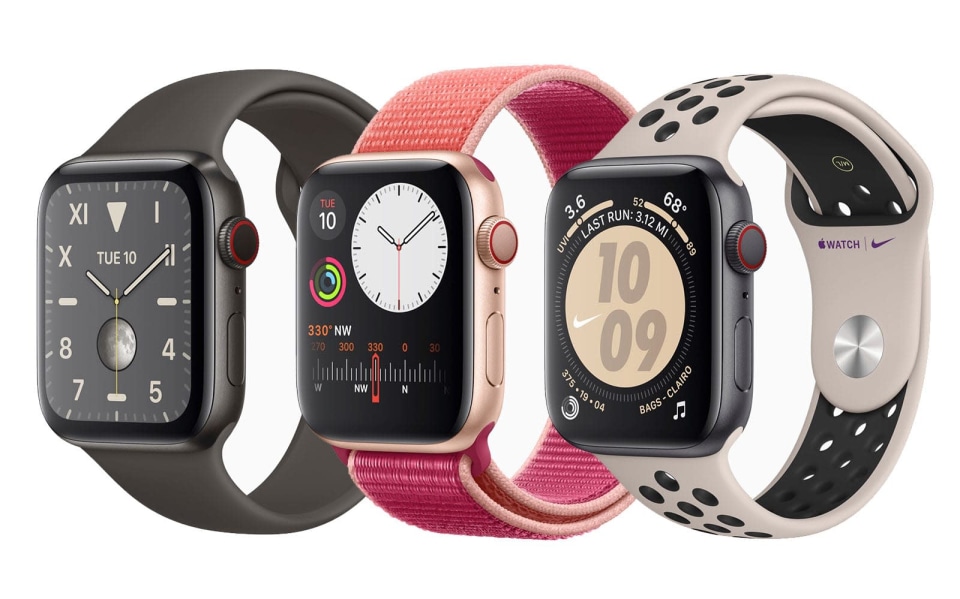 It's been five years (and one day) since the announcement of the first Apple Watch, and plenty has happened since then. The device started out as an iPhone accessory, but quickly grew to swallow the wearables industry wholesale. Now, it's time to say hello to the Apple Watch Series 5 which, for the first time, ships with an always-on display.

Apple's Stan Ng took to the stage to explain that the Watch now uses an LTPO (Low Temperature Polysilicone and Oxide) Retina Display. LTPO can, essentially, vary the display's refresh rate, so that if there's no need to update the screen, it doesn't, thus saving power. It'll still dim the screen when your wrist isn't raised, but now it's possible to check the time without people noticing.

Series 5 also features a compass that will help people navigate unfamiliar spaces, as well as telling them their incline, longitude and latitude. It'll also inform users of their current elevation, ideal for hikers and runners looking to get a clear picture of when they need to slow down while running uphill. Series 5 will also display these stats on the home screen as one of three Compass-based complications.

Last year, Apple re-engineered the watch for the first time, increasing the case sizes from 38 and 42mm to 40 and 44mm, respectively. They were flatter and wider than their predecessors, letting them sit a little easier under a shirt cuff. The Series 5 appears to use the same bodies (and sizes) as the last one, and is therefore likely backward-compatible with all previous bands.

The headline feature in the Series 4 was the inclusion of an ECG to alert users to potential cardiac issues. To announce the Series 5, the company played a video featuring testimonials of people who say their lives were saved by the device. That's down to both the fall detection and ECG modes that alerted them, and others, that they were in danger.

The company is embarking on a trio of medical studies to examine how it can better understand other problems. That includes a hearing study, based on tracking ambient noise and a menstrual cycle study to determine how periods can affect the diagnosis of other conditions. Finally, a heart and movement study will further investigate how to detect, and prevent, heart problems, much like its first efforts in this space.

In the run-up to the event, the rumor mill suggested that Apple would bring back fancier case finishes and add sleep tracking to the platform. The first was true, the latter was not, and its battery life remains a sticking point when its rivals can claim multiple days of life. Ng said that the new watch, with its always-on display, will last for around 18 hours on a charge, although that's treated as a conservative estimate.

Purchase a Series 5 with cellular and you'll also get international emergency calling for both 911 calls (or the local equivalent) and fall detection. Ng didn't say how many countries this feature will be rolled out to, but we expect it to be more than a handful as the next year progresses.

The Apple Watch Series 5 with GPS will start at $399, with the cellular model priced (as before) at $499, both in a stainless steel case. The base model, now made from 100% recycled aluminum, will come in silver, gold and space gray finishes. Those looking for something fancier can select a stainless steel case in gold, silver and space black, as well as similar offerings for the Nike+ version of the Watch.

Those with fancier tastes, however, can opt for either an Apple Watch Series 5 with a ceramic body in white or titanium in either metal or space black. If that's not enough, then you can pick up a Hermés version of the device with the option of an all-black case, custom watch face and a new band. The prices for those options are not listed on Apple's press release, and if you have to ask, you probably can't afford it.

Pre-orders for the mainstream Apple Watches begin today, with devices expected to begin shipping on September 20th. If that all sounds a bit too rich for your blood, Apple is keeping the Series 3 model around as the low budget option, with the base model with GPS priced at just $199.

In this article: Apple, Apple Watch, Apple Watch Series 5, gear, iphone2019, Series 5, WatchOS 6, wearables
All products recommended by Engadget are selected by our editorial team, independent of our parent company. Some of our stories include affiliate links. If you buy something through one of these links, we may earn an affiliate commission.