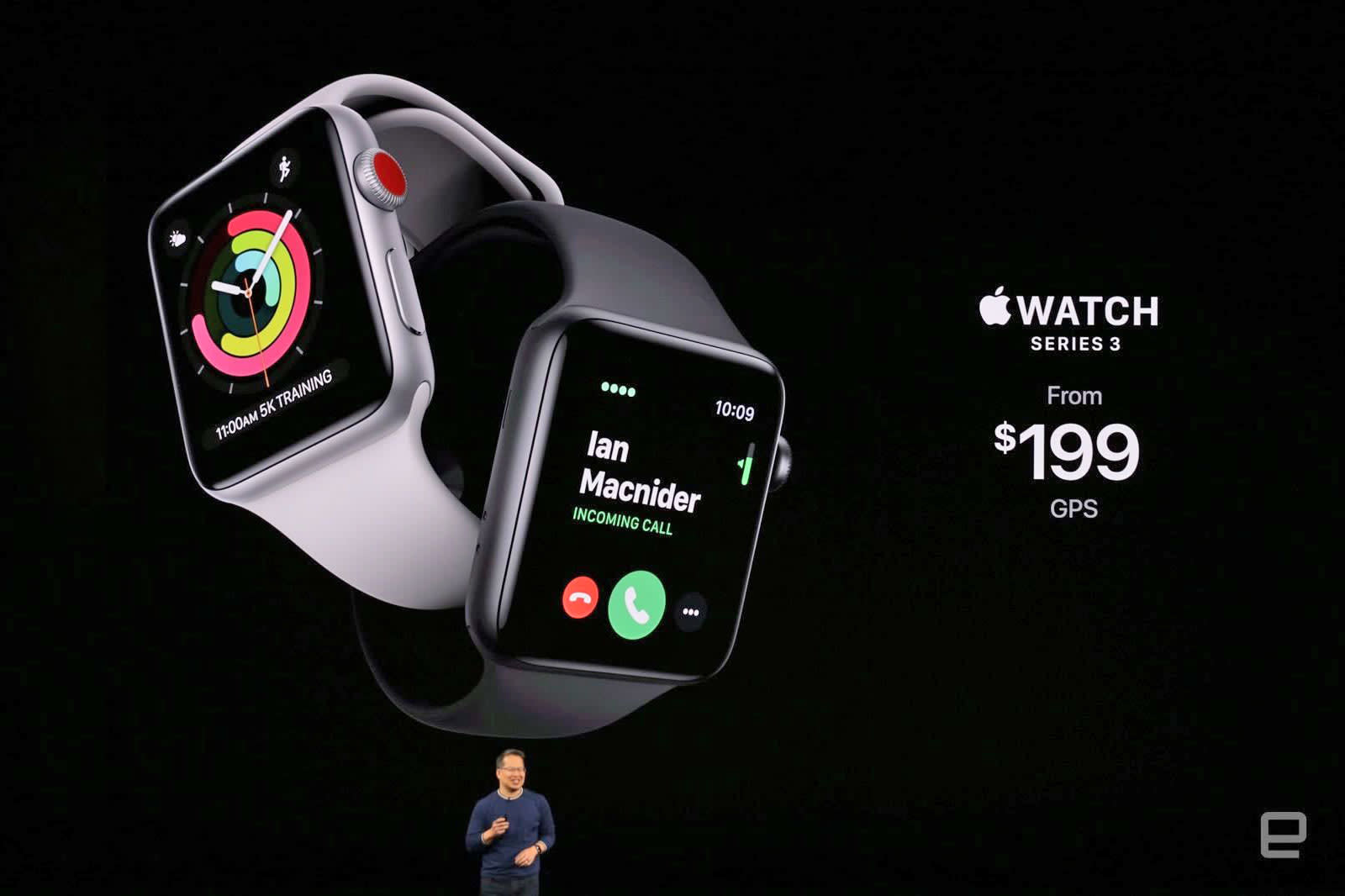 In addition to announcing the new Apple Watch Series 5, Apple is reducing the price of its older Series 3 model. Starting today, the GPS-only base model will start at $199 in the US. Previously, the Series 3 started at $279. The company's Stan Ng announced the price cut at the company's 2019 fall iPhone event.

Notably, at $199, the Series 3 is now costs the same as the recently launched Fitbit Versa 2. For that price, you get access to watchOS and a wearable that has built-in GPS. The Versa 2, on the other hand, offers an always-on display and sleep tracking. The Versa 2 is also the first Fitbit smartwatch to feature Alexa integration.

Apple first launched the Series 3 in 2017. It was the first Apple Watch where consumers could buy an LTE model. To visually differentiate the wearable from its predecessor, Apple added a red dot to the Series 3's Digital Crown. When it launched in 2017, the GPS only Series 3 started at $329.

In this article: apple, apple watch, Apple Watch Series 3, gadgetry, gadgets, gear, iphone2019, thebuyersguide, wearables
All products recommended by Engadget are selected by our editorial team, independent of our parent company. Some of our stories include affiliate links. If you buy something through one of these links, we may earn an affiliate commission.