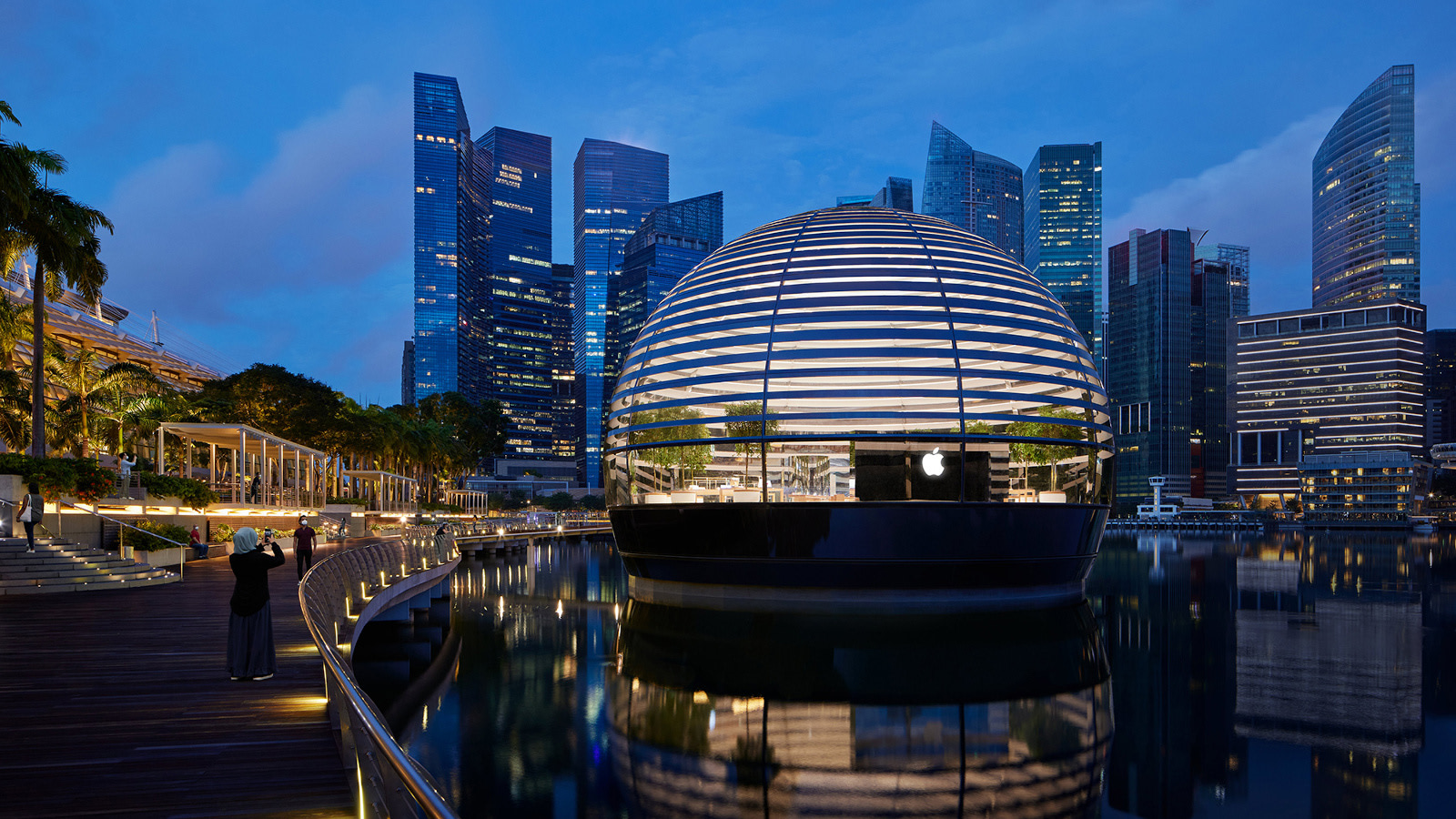 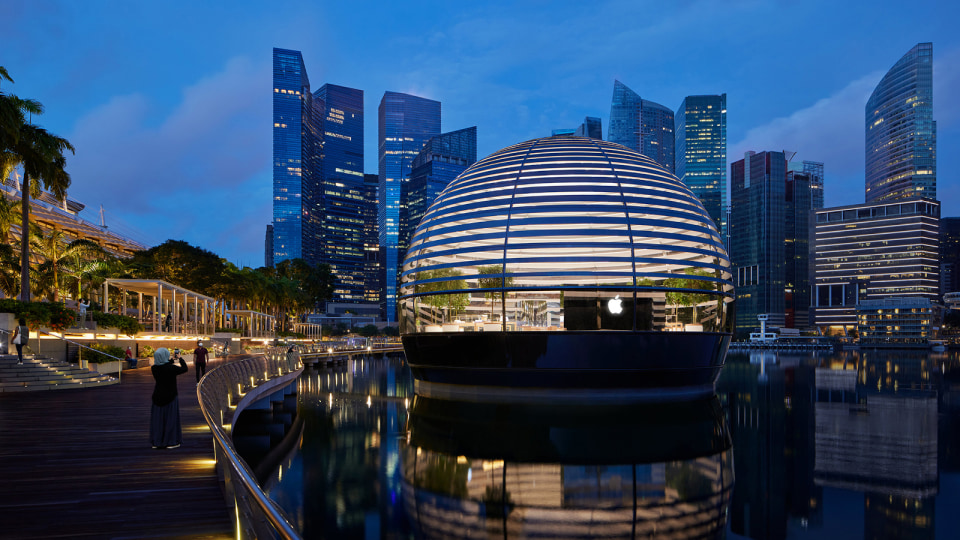 Apple has some pretty stunning stores around the world, such as the one in NYC’s Grand Central Terminal and the one in Dubai with “Solar Wings” that respond to environmental conditions. Its newest location Singapore is its first ever “floating” store, though, and the tech giant has just announced that it’s set to open on September 10th.

The floating Apple Store, its third retail location in Singapore, is located at the country’s posh Marina Bay Sands resort. It’s a sphere-shaped self-supported glass dome structure composed of 114 pieces of glass connected by 10 narrow vertical mullions. The store offers a 360-degree view of the city and an interior that’s flooded with natural light during the day. At night, its glass panels will also provide a lighting effect. In addition to being Apple’s first “floating” store, the Marina Bay location is also the first one to have an underwater boardroom that businesses and developers can use for meetings with the company’s team members.

While the store is scheduled to open its doors on September 10th, the tech giant is still taking precautions against the coronavirus pandemic by limiting the visitors that can enter its premises. Those interested will have to reserve a slot online by going to a special website for the event and choosing from one of the available times.

In this article: Apple, Apple Store, Singapore, news, gear
All products recommended by Engadget are selected by our editorial team, independent of our parent company. Some of our stories include affiliate links. If you buy something through one of these links, we may earn an affiliate commission.