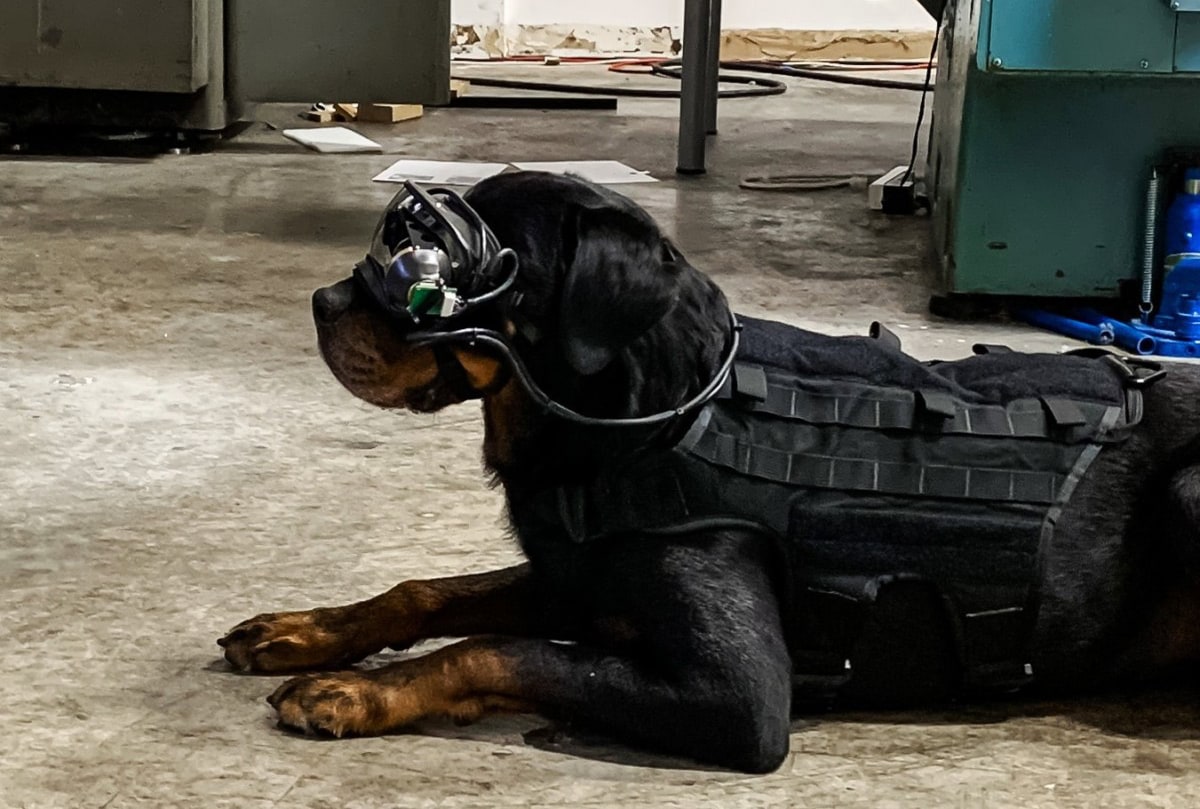 Dogs wearing goggles are the cutest — just look at the photo above. In this particular dog’s case, though, the goggles are more than just an accessory: They’re an augmented reality device designed specifically for use by canine members of the military. See, military dogs are in charge of scouting areas for explosives, but handlers usually need to be nearby to issue commands. The human handlers don’t have their companions’ ability to sniff out bombs and could accidentally set them off. They could also be targeted while they’re working out in the open. These goggles will allow them to issue directional commands from afar and while they’re out of sight.

The device was developed by Command Sight, Inc. as a project for the Army Research Laboratory. According to the Army’s official website, the goggles can show the dogs visual cues to follow, and it also has a camera so that handlers can see everything their companions see. That means there’s no need for a handler to be nearby to issue hand or spoken commands at all.

Dr. A.J. Peper founded Command Sight in 2017 after identifying the need for better human-animal communication on the field. The company’s prototype uses goggles military canines are already using to protect their eyes from the elements, so the dogs don’t have to be trained to wear yet another equipment. It’s still far from ready for actual use, though. The current design is wired, which means a handler still has to be nearby, and the researchers are still studying canine perception and behavior to make the tool more effective. The good news is that Command Sight has secured funding for the next phase of the project and is planning to develop a production-level wireless device that it hopes will be ready within the next couple of years.

In this article: AR Goggles, dogs, augmented reality, military, news, gear, tomorrow
All products recommended by Engadget are selected by our editorial team, independent of our parent company. Some of our stories include affiliate links. If you buy something through one of these links, we may earn an affiliate commission.