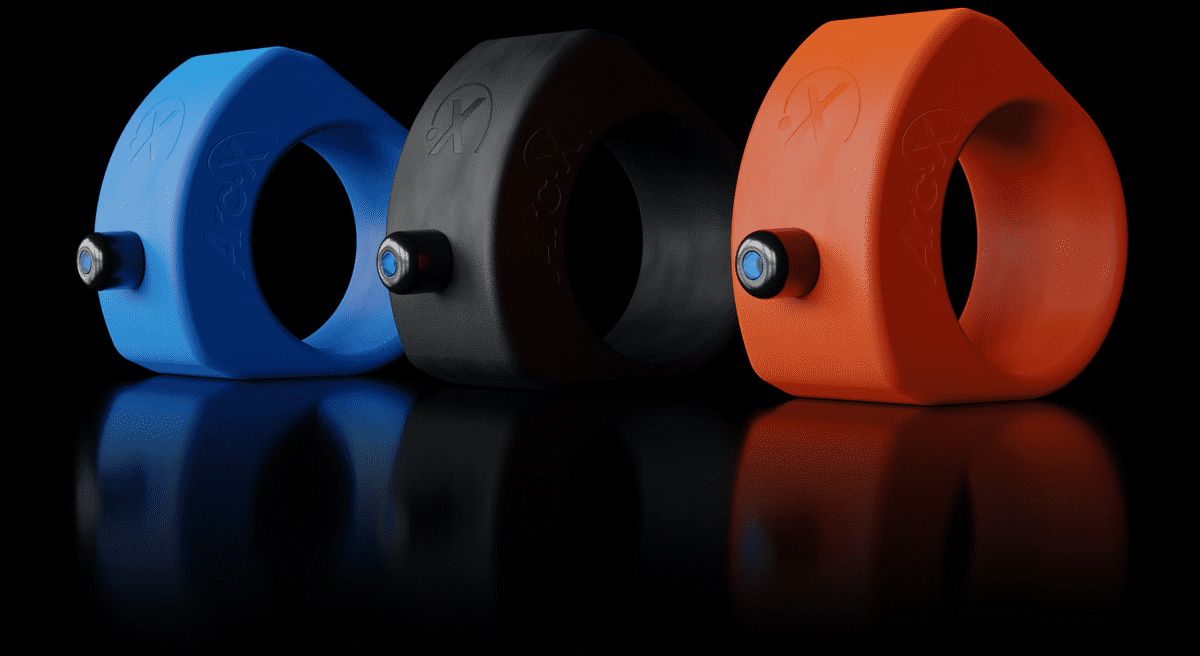 If you’re running, the last thing you want to do is break your stride to fiddle with your phone or watch for whatever reason. Answering calls, changing tracks, marking lap times, all of it distracts you from the pursuit of a better time when you’re striking the sidewalk. That’s the problem that ArcX believes it’s fixed with its silicon ring with a small joystick on one end. The idea being that you can wear this and leave your phone (or other smart device) packed away for the duration of your trip.

The ArcX can be placed inside a series of cases, so if you choose to ride a bike (or go out for a paddle) you can strap it to the handlebars or your oars. Naturally, you’ll also be able to use this as a remote control for any action cameras, wireless speakers or other Bluetooth-connected equipment. The company also offers an iOS / Android app that lets you set custom controls for a smartwatch or, more importantly, an emergency alarm.

ArcX was founded by Paul Blair, a decorated British Army paratrooper with more than 20 years of service before entering the business world. Blair says that he got the idea for the ring while on a skiing holiday with a friend, who was injured on the slopes. He said that, for the rest of the trip, he was fiddling with his phone to play music and answer calls, rather than shredding powder. It doesn’t help, either, that touch-sensitive earbuds can often take quite deliberate presses before they obey our commands.

In terms of durability, the company says that it’ll sit on standby for up to 20 days, and will last for up to gfive days on a single, hour-long charge. It’s waterproof to IP67 standards, so you should be able to run and swim with it without fuss or worry. ArcX is expected to launch in the US this May, priced at $99, as well as in the European Union for €89.

In this article: CES2021, ArcX, Ring, Wearable, Joystick, Remote Conrol, news, gear
All products recommended by Engadget are selected by our editorial team, independent of our parent company. Some of our stories include affiliate links. If you buy something through one of these links, we may earn an affiliate commission.