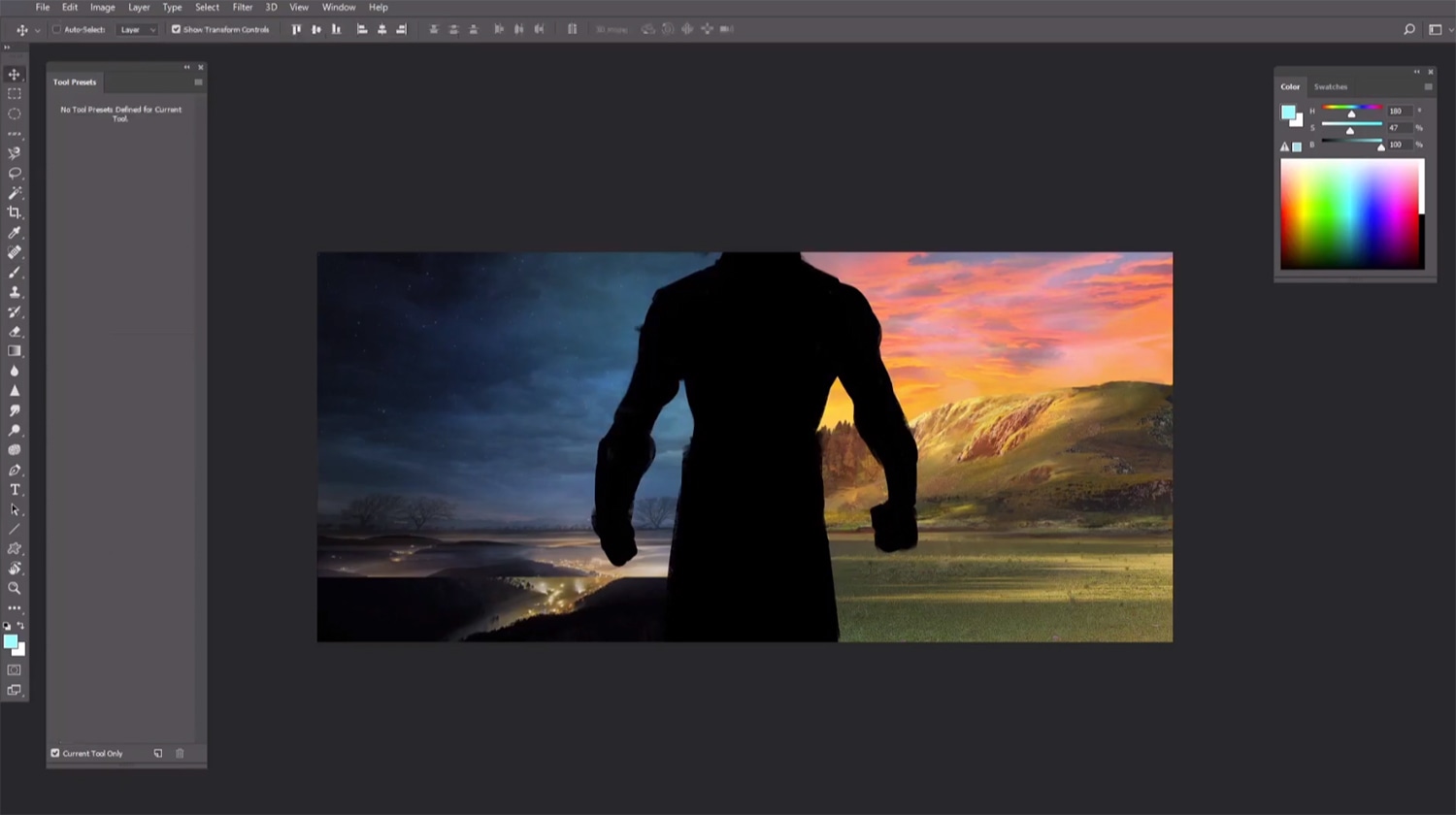 In the absence of trade shows and other physical preview events, publishers are getting creative with their video game marketing. Today, Ubisoft casually launched a livestream that will reveal the setting of the next Assassin's Creed game. But here's the wild part: instead of a simple countdown, Ubisoft is broadcasting an artist working in Adobe Photoshop. At the time of writing, the canvas shows a mysterious silhouette of a powerful figure (the next game's protagonist, presumably) in front of a split background that contains icy waters and luscious fields. Will it end with some kind of trailer, or a finished poster? There's only one way to find out.

The next Assassin's Creed game is widely rumored to be about Vikings. A poster in The Division 2, another Ubisoft title, included the word 'Valhalla' and someone holding what appeared to be the Apple of Eden, a pivotal item in Assassin’s Creed lore. In a report, Kotaku revealed that it had also heard about the Vikings theme from two independent sources familiar with the franchise. The last two games, Origins and Odyssey, were set in Ancient Egypt and Greece’s Peloponnesian War respectively. Both had vast open worlds and polarizing RPG mechanics that were considerably more developed than the entries that led up to Assassin's Creed Syndicate in 2015.

In this article: assassin's creed, ubisoft, video games, games, photoshop, livestream, news, gaming
All products recommended by Engadget are selected by our editorial team, independent of our parent company. Some of our stories include affiliate links. If you buy something through one of these links, we may earn an affiliate commission.