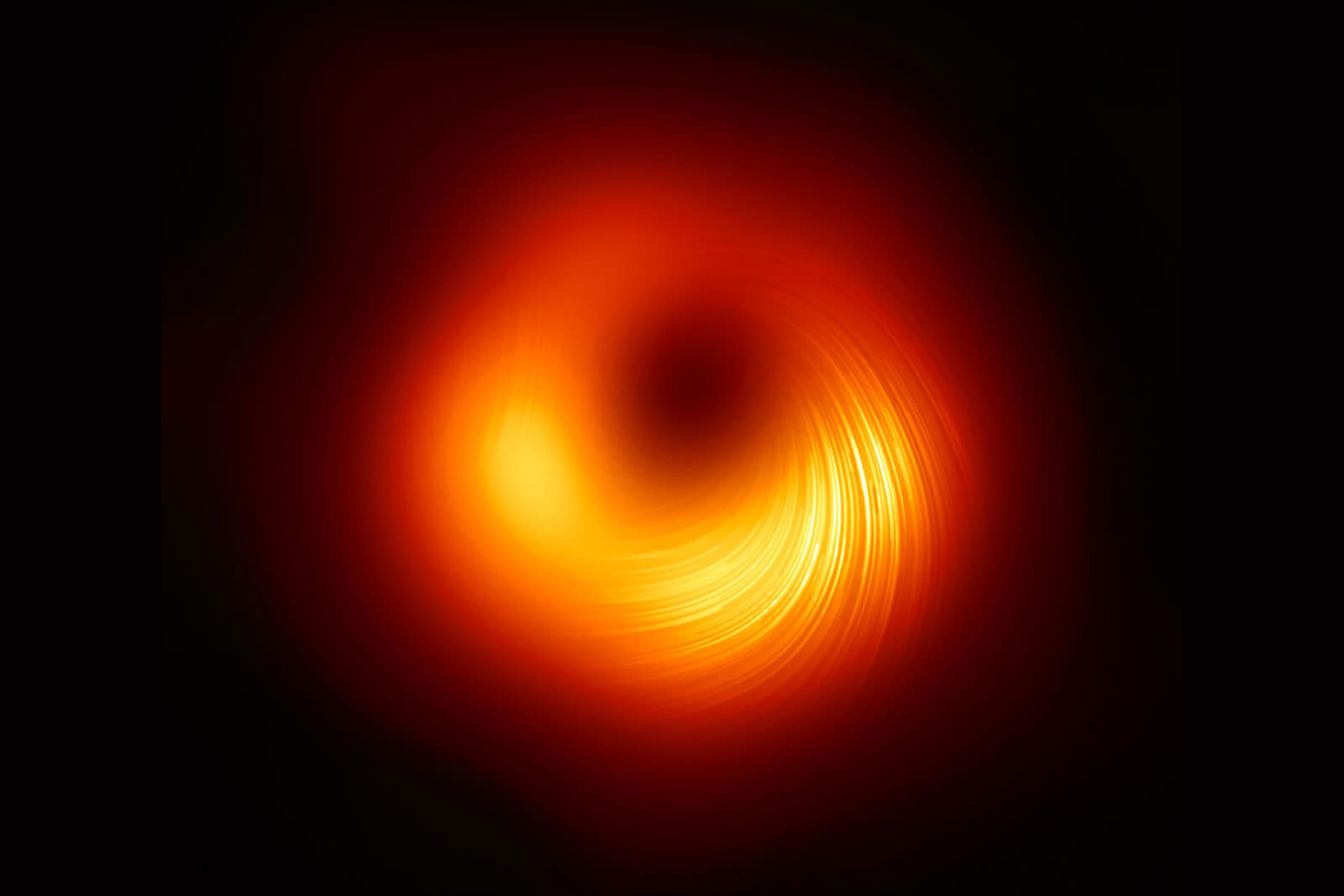 It sheds more light on magnetic fields around the hole.

It may have taken ages to capture the first real image of a black hole, but it took just a couple of years for the follow-up. The New York Times reports that Event Horizon Telescope researchers have released the most detailed picture of a black hole to date. The updated snapshot of the Messier 87 galaxy's hole shows it in polarized light for the first time, illustrating how magnetic fields (indicated by the lines you see here) behave at the very edge of the cosmic phenomenon.

The new visuals suggest that these fields are powerful enough to offer resistance to the highly magnetized gas at the event horizon, helping some of the gas escape the crushing gravity in the hole itself. Gas has to slip through those fields to fall into the hole, the University of Colorado's Jason Dexter said. The imagery also suggests that the jet gets its power from the rotational energy of the black hole, according to fellow Event Horizon contributor Michael Johnson.

The data also lets scientists estimate that the black hole is a relatively modest eater — it's 'only' consuming a thousandth of the Sun's mass each year.

You should see more insights in the future. While the EHT's combination of worldwide telescopes is limited, a future version should be capable enough to produce full-fledged videos of the magnetic activity. That should show how the magnetic fields extract energy from the black hole and further demystify one of the universe's stranger objects.