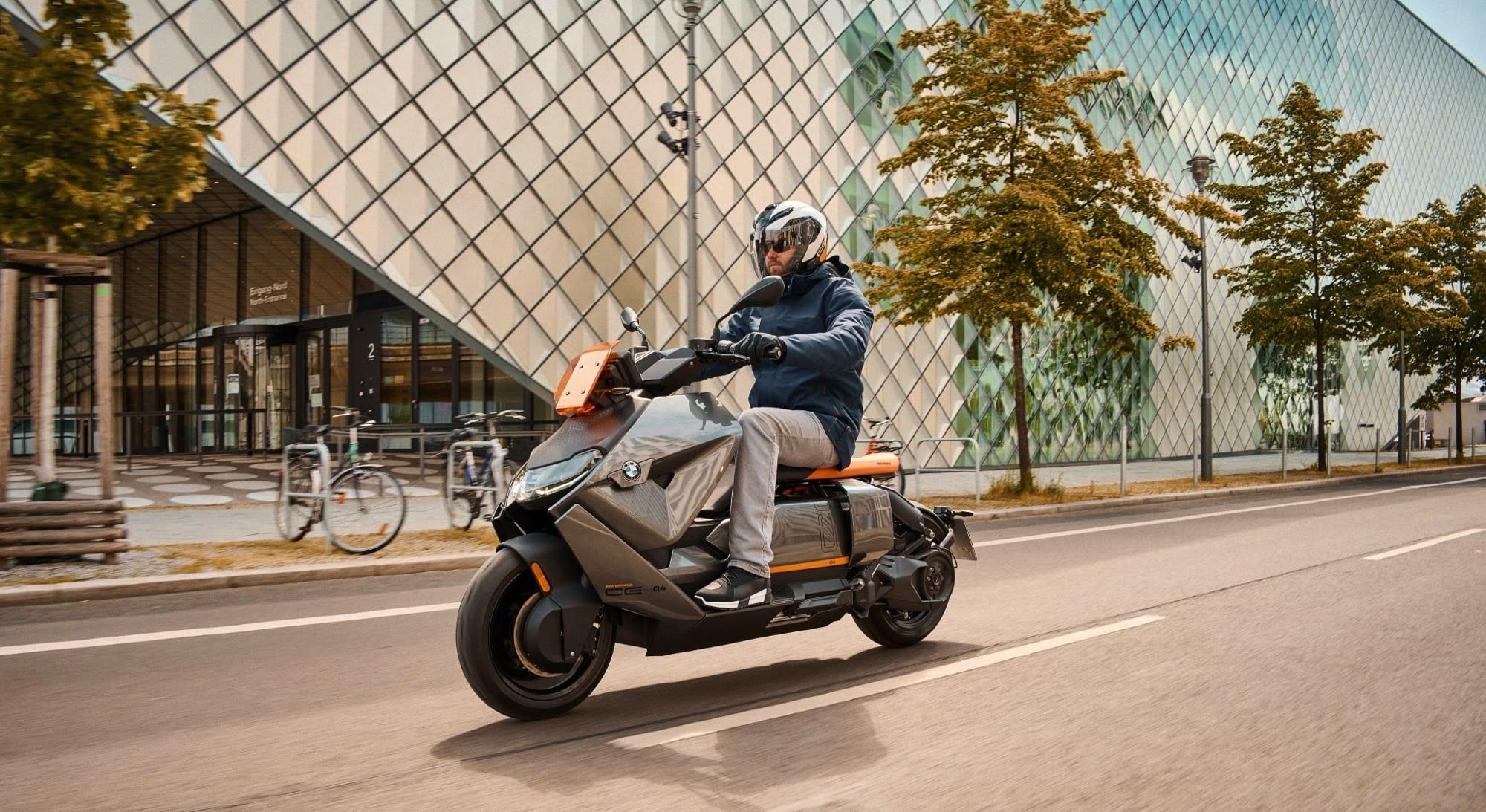 BMW's futuristic electric scooter is straight out of anime

It's a truly wild design concept made real.

When we saw BMW's CE 04 electric scooter concept last year, it looked like something pulled straight out of a science fiction film. Now the company has unveiled the final consumer version of the CE 04, and while it's lost a bit of the fantastical edge, it still looks like a vehicle that would be right at home in Akira or Ghost in the Shell. Aimed at the urban commuter, the CE 04 features a 10.25-inch LCD screen (that's bigger than what's in most cars!), up to 81 miles of range, and a top speed of 75mph. It'll be available in 2022 for around $16,000. That's twice the price of the Vespa Elettrica, but that's also a far slower vehicle meant for even more casual users.

Just looking at the CE 04 makes it clear what BMW is trying to accomplish. It's a fresh new design that's meant to entice people who are interested in EVs, but may not have the money or space for an actual electric car. It can charge with a regular power plug or EV cables, and BMW claims it can quick charge after being completely drained in one hour and 40 minutes with a level 3 power connection. Still, even if you don't have the fanciest charging setup around, BMW says it can juice up in four hours and 20 minutes with a standard household socket.

While we're still waiting for more details on the CE 04's pricing and optional accessories, you can expect to see a reduced output model with a range of around 62 miles (100Km). That cheaper model will also spit out between 15hp and 30hp, whereas the standard one can reach up 42hp. Both versions should be well equipped for city traffic though, with the ability to reach 31mph in 2.6 seconds.

Turn on browser notifications to receive breaking news alerts from Engadget
You can disable notifications at any time in your settings menu.
Not now
All products recommended by Engadget are selected by our editorial team, independent of our parent company. Some of our stories include affiliate links. If you buy something through one of these links, we may earn an affiliate commission. All prices are correct at the time of publishing.
View All Comments
BMW's futuristic electric scooter is straight out of anime