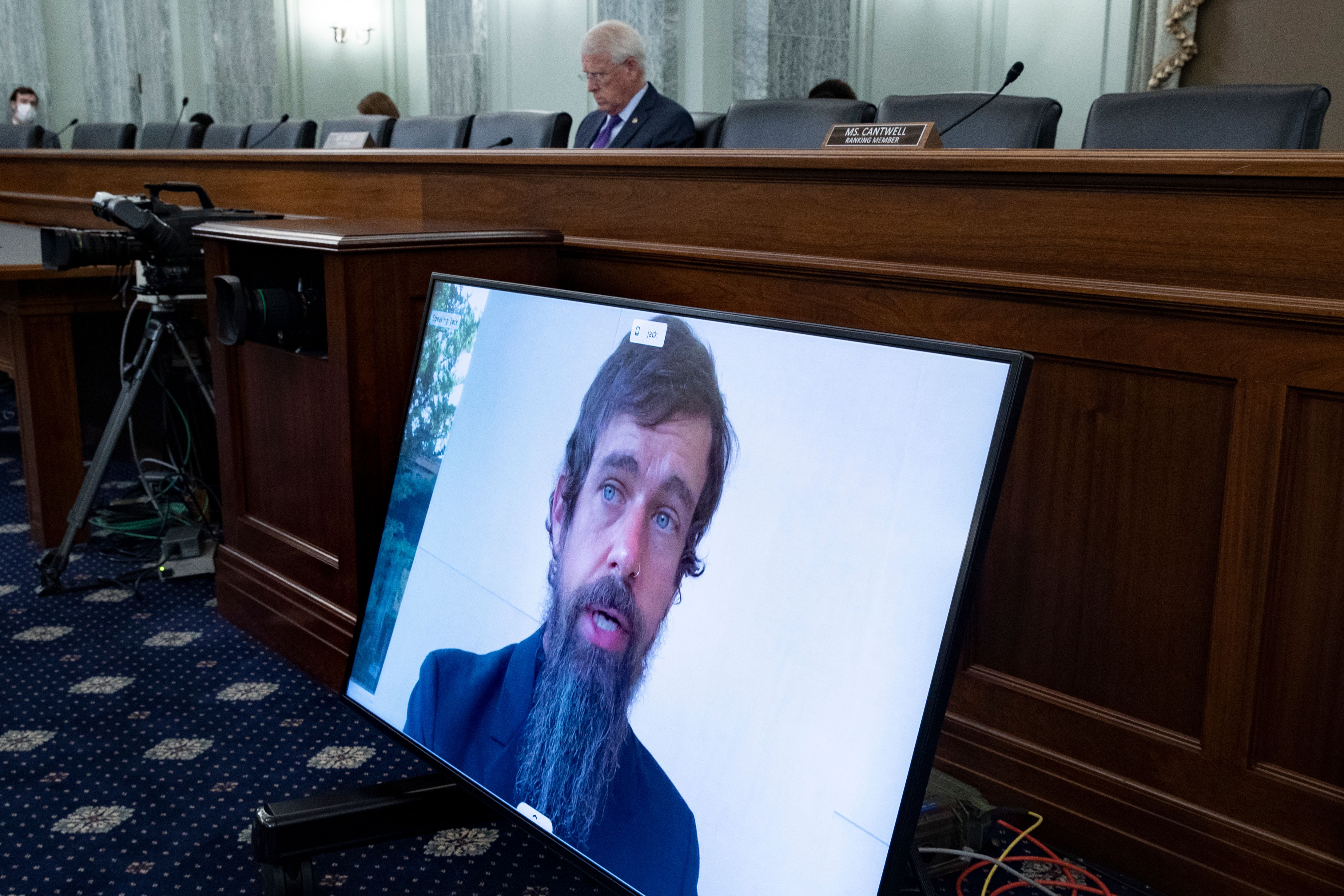 Vital debate on the future of the internet or pure political theatre? Today's Senate Commerce Committee hearing featured Twitter's Jack Dorsey, Facebook's Mark Zuckerberg and Sundar Pichai of Alphabet, and addressed the very law that's foundational to free-flowing user content. But arriving six days before the presidential election, it was always bound to be primarily partisan.

Republicans, for the most part, complained of an alleged double standard of moderating on tweets and Facebook posts, with Dorsey, Twitter’s CEO, bearing most of their disdain. Democrats, meanwhile, blamed their colleagues across the aisle for scheduling the hearing in the run-up to an election, characterizing it as a way to intimidate platforms into permitting dubious information to spread.

The real issue — as little as it was actually discussed — was section 230 of the Communications Decency Act. The clause, dating back to 1996, essentially provides companies immunity from what users post on their sites. It allows users to speak freely — even distastefully — without platforms like YouTube or 8chan having to take legal responsibility outside of certain criminal offenses. Without the clause, there would likely be more restrictions on what users could say online as it would be near-impossible for a social media site to vet the legality every piece of third-party content.

Both political parties feel that the law should be reformed. Neither can agree on how. Republicans have argued that social media platforms are moderating speech too much (such as President Donald Trump’s tweets) while Democrats have said platforms aren't moderating enough (such as conspiracy theories and disinformation). The clause has been targeted by a Trump administration executive order as well as various bills this year.

Unsurprisingly, all the CEOs maintained that section 230 was crucial to their functioning and that there was no bias in their moderation. “I don’t believe private companies should be making so many of these decisions by themselves,” said Zuckerberg. In response to Republican Senator Jerry Moran, Zuckerberg said Facebook had spent at least $3 billion on moderation and Pichai said his company had spent about $1 billion.

Dorsey pledged to improve the appeals process and increase transparency. He also seemed to embrace the notion of using third-party algorithms to sort one's Twitter feed, calling it "an incredibly energizing idea." In response to double standards of moderation, he said that Twitter does not have policies on all misinformation, only manipulated media, election interference and public health issues — as well as wider policies against inciting violence. All three CEOs said they were seeing overseas attempts to interfere in the U.S. election from countries like Russia, Iran and China.

Republican Senators Ted Cruz called the companies “the single greatest threat to free speech in America.” “Mr. Dorsey, who the hell elected you and put you in charge of what the media are allowed to report and what the American people are allowed to hear?" he said to the Twitter CEO. At times, Republican senators referred to platforms’ fact checking as "censorship" (in many cases, misleading posts stay online but with a warning label appended) but examples of double standards are anecdotal — credible, independent studies have not proven a political bias by major social media platforms.

Senator Richard Blumenthal of the Democrats called the hearing an attempt to “bully and browbeat the platforms here to try to tilt them towards President Trump." He, like Democratic senator Tammy Duckworth, kept questions brief except to confirm a reassurance that platforms would moderate the president in cases of false claims of voter fraud or prematurely declaring the election is over. Democrat Brian Schatz, meanwhile, accused the companies of having "bent over backwards and overcompensated" to right wing voices. "Do not let the United States Senate bully you," he told the CEOs.

It always looked unlikely that these knotty issues would be straightened out as the presidential election campaigns reach their home stretch — as was admitted before the hearing. But the tech CEOs, having made a habit of appearing in front of Congress by now, committed — or at least, committed their underlings — to Democratic Senator Jon Tester’s request for them to return and discuss the same issue again next year.

In this article: section 230, mark zuckerberg, google, Sundar Pichai, facebook, jack dorsey, twitter, Senate Commerce Committee, Communications Decency Act, news, gear
All products recommended by Engadget are selected by our editorial team, independent of our parent company. Some of our stories include affiliate links. If you buy something through one of these links, we may earn an affiliate commission.