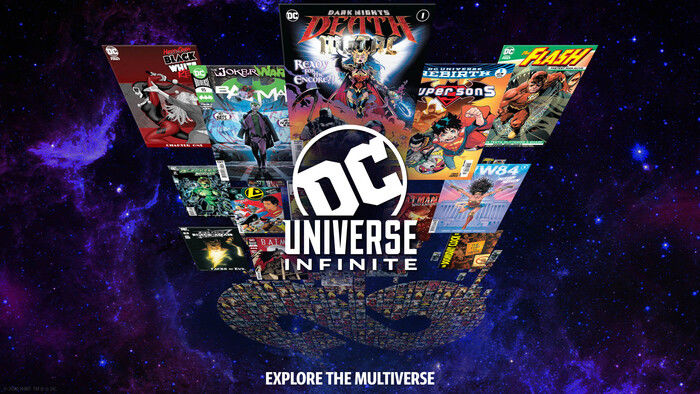 DC Comics plans to “relaunch” its streaming service DC Universe as DC Universe Infinite, a comics-only subscription service. Since 2018, DC fans have been able to access comics, movies and TV shows through the DC Universe app, but last month, we learned that the streaming content would be “migrating” to HBO Max. For Warner Media, which owns DC Comics, it makes sense to have that DC Universe streaming content in HBO Max, not a separate service, but some fans may be less than happy with the change.

DC Universe Infinite will launch in the US on January 21st, and it will begin expanding globally in the summer of 2021. The service will include more than 24,000 comic books at launch. Users will also gain access to digital-first comics and exclusive events, and they’ll be able to get their hands on recently released titles six months after the physical editions drop in stores -- as opposed to the current one-year waiting period. But they’ll lose access to DC Universe shows and movies.

“I’m excited to share that not only will DC UNIVERSE INFINITE members still be able to read all of the great comics that they’ve enjoyed but new issues are debuting on the platform quicker than before, digital first exclusives are being created, and the members-only events will begin as soon as possible,” said Jim Lee, DC publisher and chief creative officer.

The new service will cost $7.99 per month or $74.99 for one year. For a limited time (through October 30th) monthly subscribers can upgrade their service to include HBO Max for an additional $4.99 per month.

In this article: DC comics, DC Universe, DC Universe Infinite, warner media, hbo max, comics-only, subscription, comics, comic books, digital-first, relaunch, rebrand, news, entertainment
All products recommended by Engadget are selected by our editorial team, independent of our parent company. Some of our stories include affiliate links. If you buy something through one of these links, we may earn an affiliate commission.