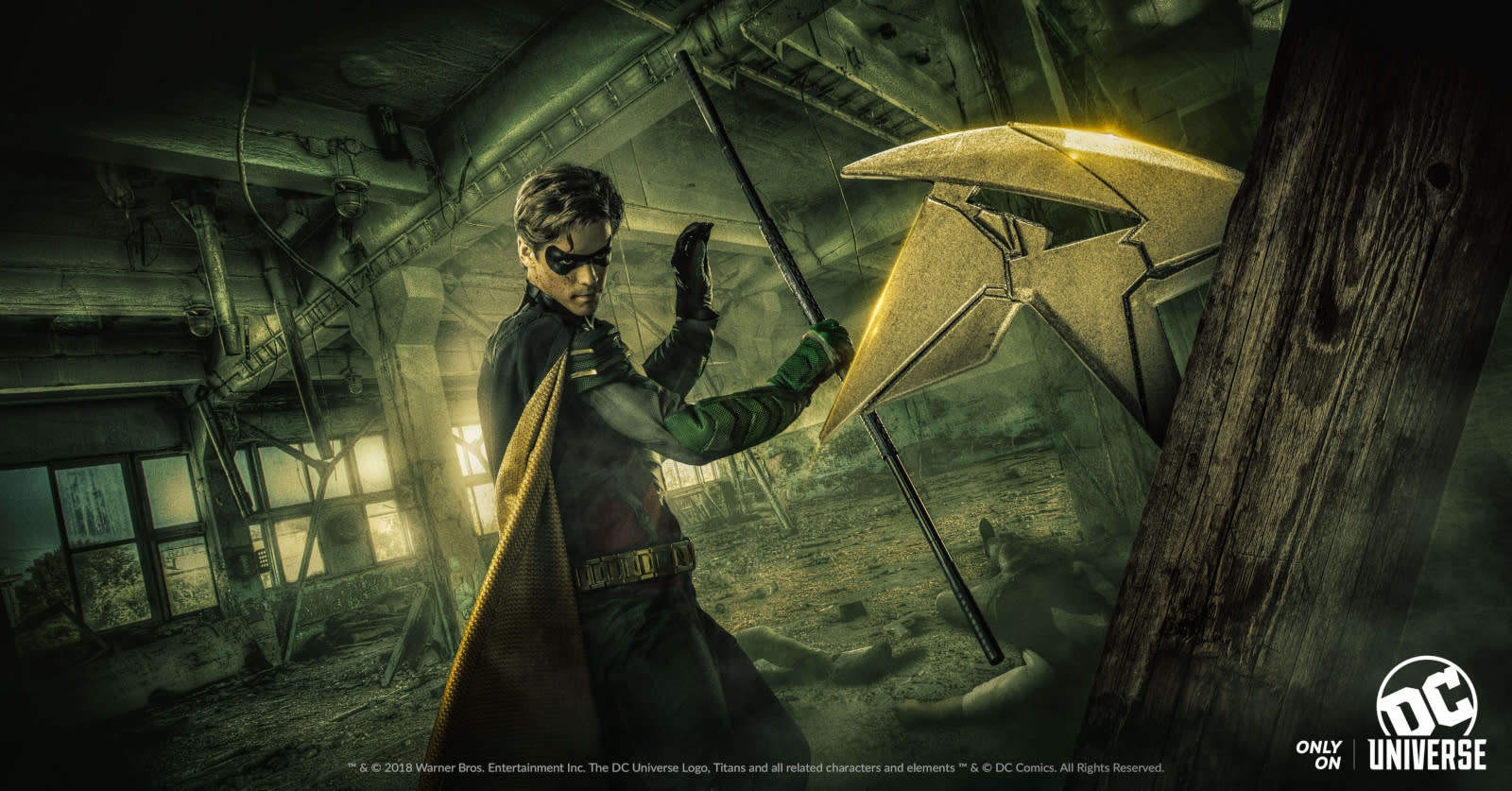 DC Universe, the comic book giant's exclusive streaming platform, is officially going live on this year's Batman Day. The digital subscription service opened limited access to its beta version in August with the promise of a wider release this fall -- now you only have to wait a couple more weeks before it opens its doors to everyone on September 15th. If you've been looking forward to Titans in particular, though, we're afraid you won't see it anywhere on the platform on launch day: the series will officially begin on October 12th, 2018 after Warner Bros. Television's premiere screening on October 3rd at New York Comic Con. Its first season will have 12 episodes, and each one will be released every week.

DC has also announced a list of its daily show's co-hosts, including John Barrowman (Arrow, Legends of Tomorrow) and Harley Quinn Smith (daughter of Kevin Smith, who hosted the live stream that unveiled all these revelations). The good news is that you can binge watch the first two seasons of Young Justice on DC Universe as soon as it launches, so you can prepare for the new season's premiere in 2019. A DC Universe subscription will set you back $8 a month or $75 a year.

In this article: dcuniverse, entertainment, internet, streaming
All products recommended by Engadget are selected by our editorial team, independent of our parent company. Some of our stories include affiliate links. If you buy something through one of these links, we may earn an affiliate commission.