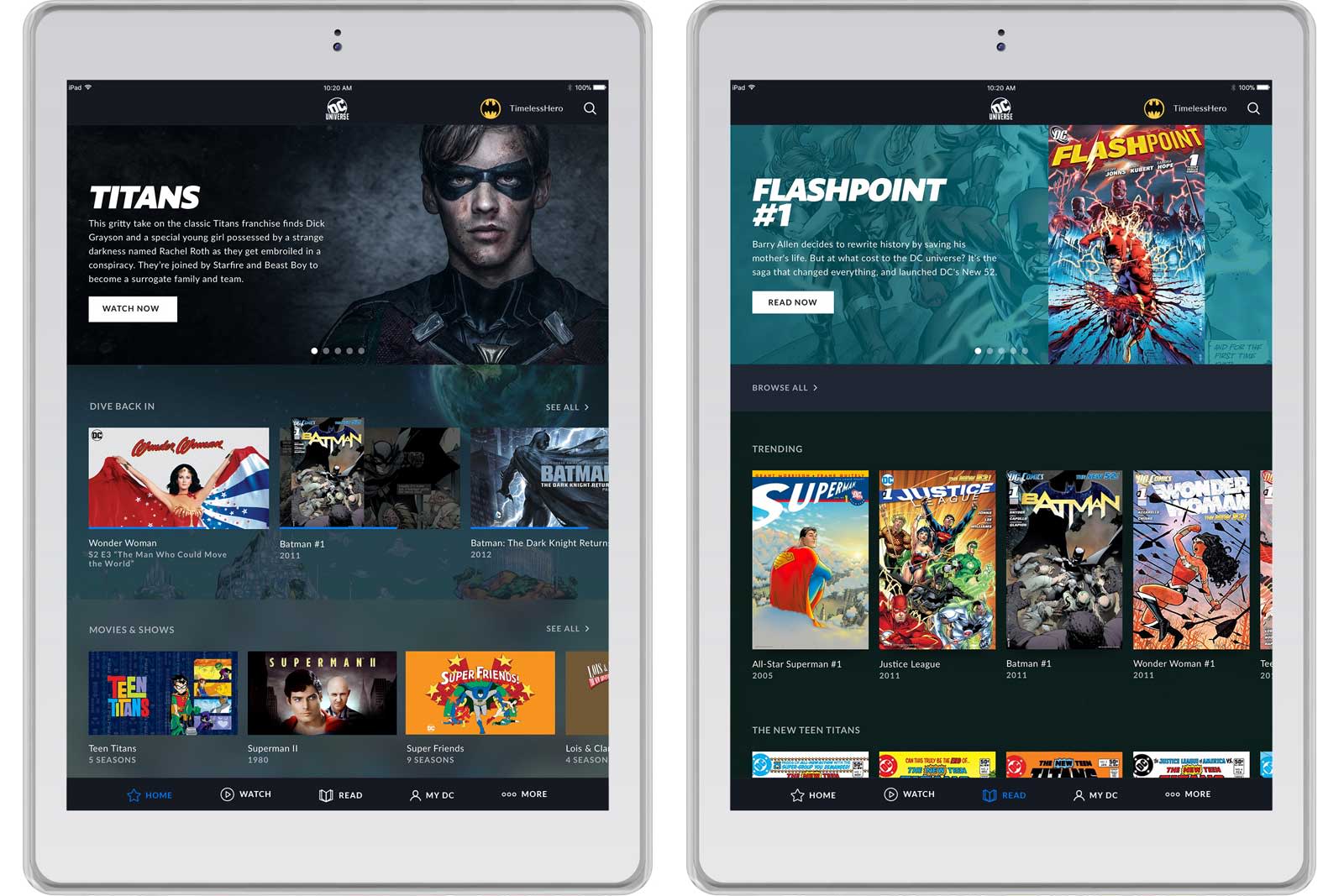 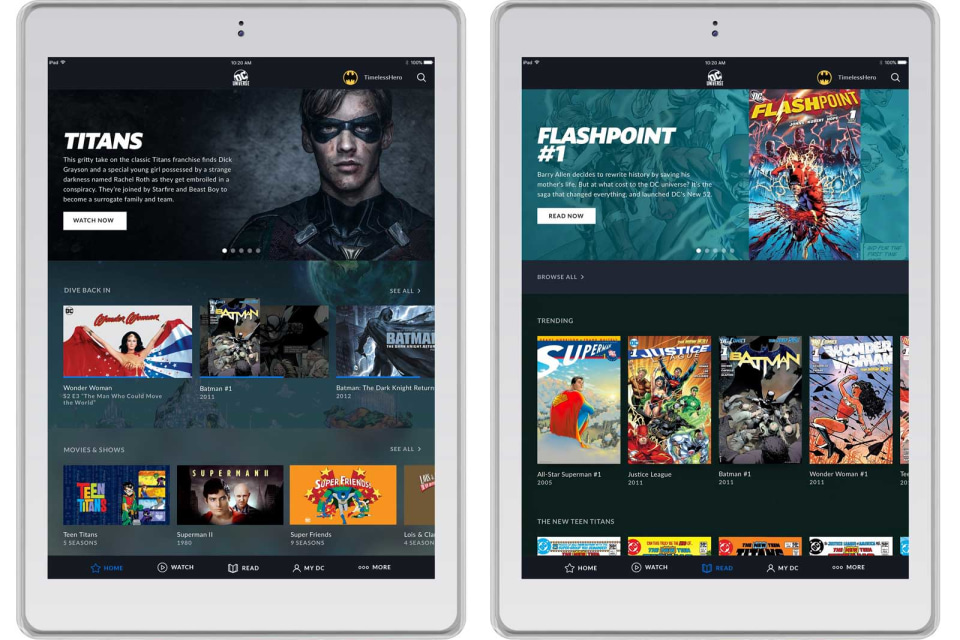 After a seemingly never-ending series of teases, DC is ready to formally unveil its comic book-themed streaming service... most of it, anyway. DC Universe is now official, and will launch beta access this August with a wider debut in the fall. It'll be available on the web, Android and iOS as well as living room platforms like Android TV, Apple TV and Roku. There's still no mention of pricing, but you'll at least know what to expect when the service goes live.

You may already know about the original TV shows currently in the works, but it's worth a recap. Titans, which centers around Robin and a cast of young superheroes, is the only original arriving in 2018. Doom Patrol (a misfit team led by Cyborg), Harley Quinn, Swamp Thing and the resurrected animated series Young Justice: Outsiders are all due in 2019.

The bigger news today is, well, everything else. It's now clear what some of the video back catalog will include, and it's a mix of recent hits and classics. Venerable TV shows like Batman: The Animated Series, Lois & Clark and Wonder Woman join newer productions like Constantine, while movies include Christopher Nolan's Batman movies and the first four Superman movies, among others.

And of course, DC is touting the perks beyond video. You'll have access to "rotating selections" of thousands of comics, including the very first Action Comics (aka Superman's debut), Batman's first appearance in Detective Comics and newer titles like the 2011-era Justice League. You'll also find access to exclusive merch (like Justice League Animated figurines), short-form news and previews, contests and community profiles.

It's hard not to see a sharp contrast between DC Universe and Marvel's approach to subscription services, which will involve both its Netflix offerings as well as Disney's future service. Where Marvel is virtually laser-focused on video and has the luxury of piggybacking on others' catalogs, DC is betting that fans won't mind the relative lack of video (at least, at first) if they get a whole host of additional material. Whether or not that works will depend on the quality of both DC Universe itself and the original shows.

In this article: batman, comicbooks, comics, dccomics, DcEntertainment, dcuniverse, doompatrol, entertainment, harleyquinn, internet, services, streaming, superman, swampthing, television, titans, tv, video, warnerbros, wonderwoman, youngjusticeoutsiders
All products recommended by Engadget are selected by our editorial team, independent of our parent company. Some of our stories include affiliate links. If you buy something through one of these links, we may earn an affiliate commission.